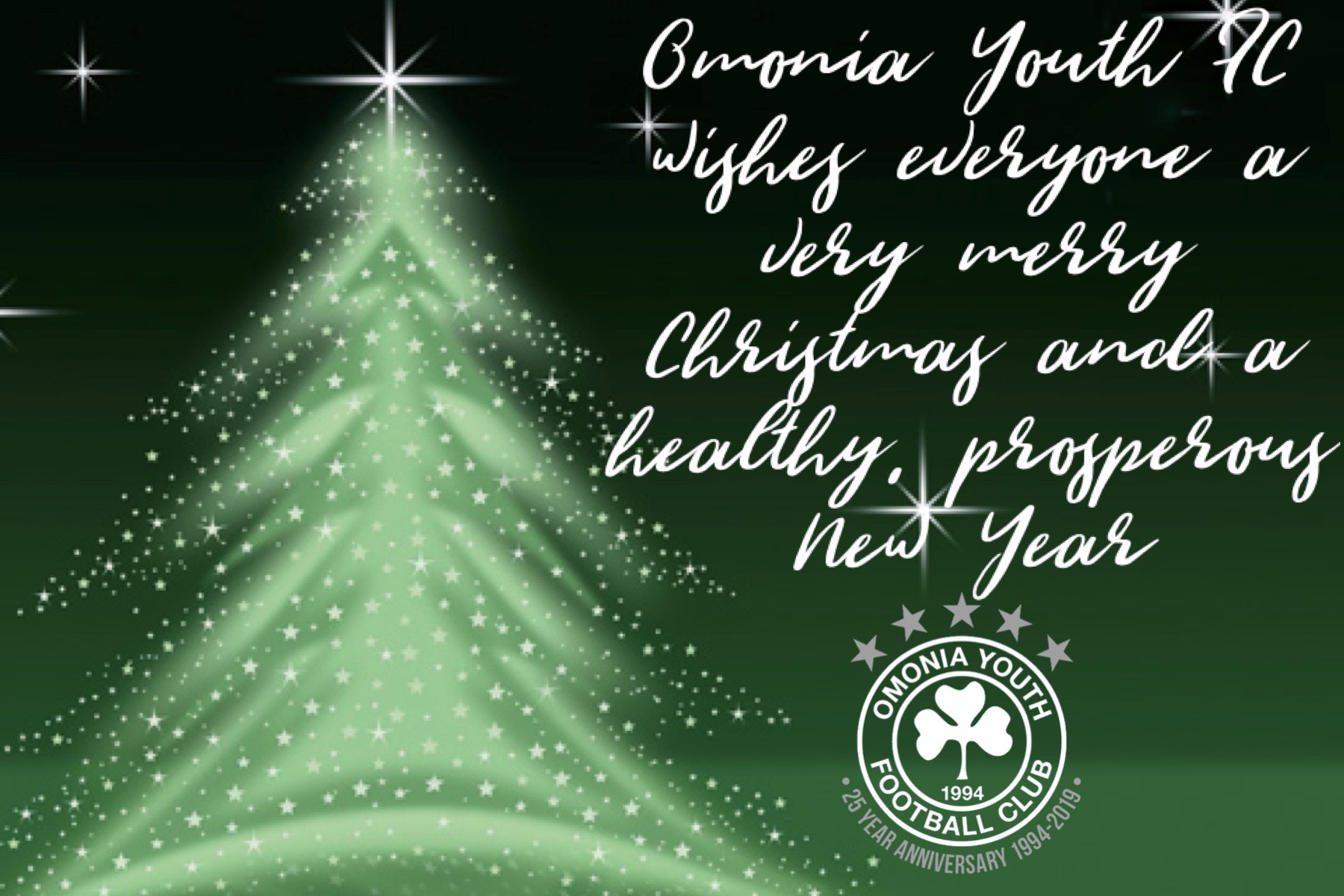 Community youth football club Omonia Youth FC, who are sponsored by PIA Financial Group and Philip Ross Solicitors, would like to wish the community a very Merry Christmas and a happy, healthy New Year.

Last Sunday, on the last match day of decade, there were plenty of great performances and results for the many teams of Omonia Youth Football Club. All three Under 15 teams who were in action came away with important wins. First up was Mario Christoforou and Nick Lingis’ Under 15 Green who strode into the next round of the Challenge Cup with a 4-1 win. Goals were scored by Georgios C (2), Cameron and George A.

Michael Pieri’s Under 15 White ended first half of the season with a disciplined and controlled performance to claim three points after a 2-1 win. The boys were tremendous and in truth the Under 15 White should’ve gone into the half time break with more than just a 1-0 lead. The opposition’s equalising goal came in the second half after the Under 15 White goalkeeper had to come off injured after making a brave save but the team pressed for the winner and their passing and movement created plenty chances until finally Noel Allen got his second of the game with three minutes to go. Three men of the match epitomised a positive performance; Noel Allen for his centre forward display and two goals, Santino Raia in the No.10 role and Kyle Lapompe in defensive midfield.

George Sammoutis and Harry Theodorou made it a clean sweep for the Under 15s on Sunday with a thrilling 4-3 win away to their title chasing opponents. It was a great display by the boys playing some fantastic possession football. Oscar (2), Ben and Aaryan were the scorers with Rohan, Oscar and Ben named Man of the Match.

With some key players missing from their squad, David Poncia and Savvas Zavros Under 14 Gold found it hard to keep their momentum going but persistence paid off in the end as they ran out 4-3 winners. Louis (2), Kaian and Leo were the scorers.

Chris Gregoriou’s Under 18 White bemoaned their luck after going 1-0 up. They hit the woodwork three times and should have gone into the break with clear daylight between them and their opponents but instead saw their opponents equalise to go into half time 1-1. Early in the second half the Under 18 White went down to 10 men through illness having only 11 available players and mistakes quickly entered their game as they went 3-1 down. However, the 10 men were brilliant as they fought and battled superbly. A brace from Steven Wright made the final score 3-3. Goals from Tariq Stewart and Steven Wright (2) with Ahmet Mustafa named Man of the Match who played like a warrior in midfield.

Mike Koumi and Adam Broomfield’s Under 12 White put on an outstanding performance as they completely outplayed their opponents to win 7-0. Every player contributed to what was a complete team performance from front to back. Excellent goals including a back heel volley from a corner. The Under 12 White go into the Christmas break top of the league. Goals from Man of the Match Chris (3), William (2), Davide and Georgie.

Adam Demetri and Ev Mandrides Under 14 Silver were easy 4-0 winners in a very one-sided game with their opponents only registering one shot on goal all game. The win puts the Under 14 Silver top of our league for the Christmas period. Goals from Brodie (4), Peter (2) and Nicola (2) with Jardel named Man of the Match.

George Constantinou and Roberto Protei’s Under 12 Gold spent plenty of time in the opposition penalty box but could not score the goals their dominance deserved. In the end they won by the odd goal in five, winning 3-2. Antony Michael (2) and Pablo scored the goals with Anzelos named Man of the Match with a great defensive performance and setting up the first goal.

Kyri Georgiou’s Under 18 Green ended the year with a 6-3 win at home having been behind twice in the game. Goals from Yianni Polycarpou (2), Stelios Mina, Antonio Panayiotou, Michael Speers and Sabri Gashi with Denis Gradica named Man of the Match.

Zeno Vryonides and Vas Simou’s Under 12  Green had a tough match on Sunday and missing several players lost 5-1. The team, though, did battle as much as they could but their opponents were too strong. Michael scored the only goal with Kaz named Man of the Match. 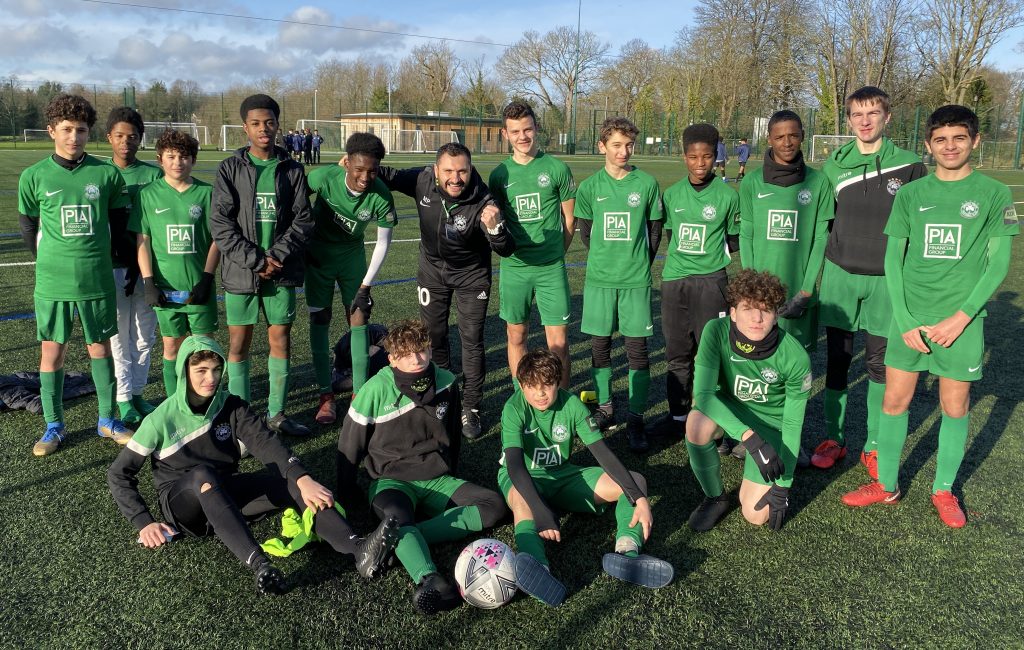