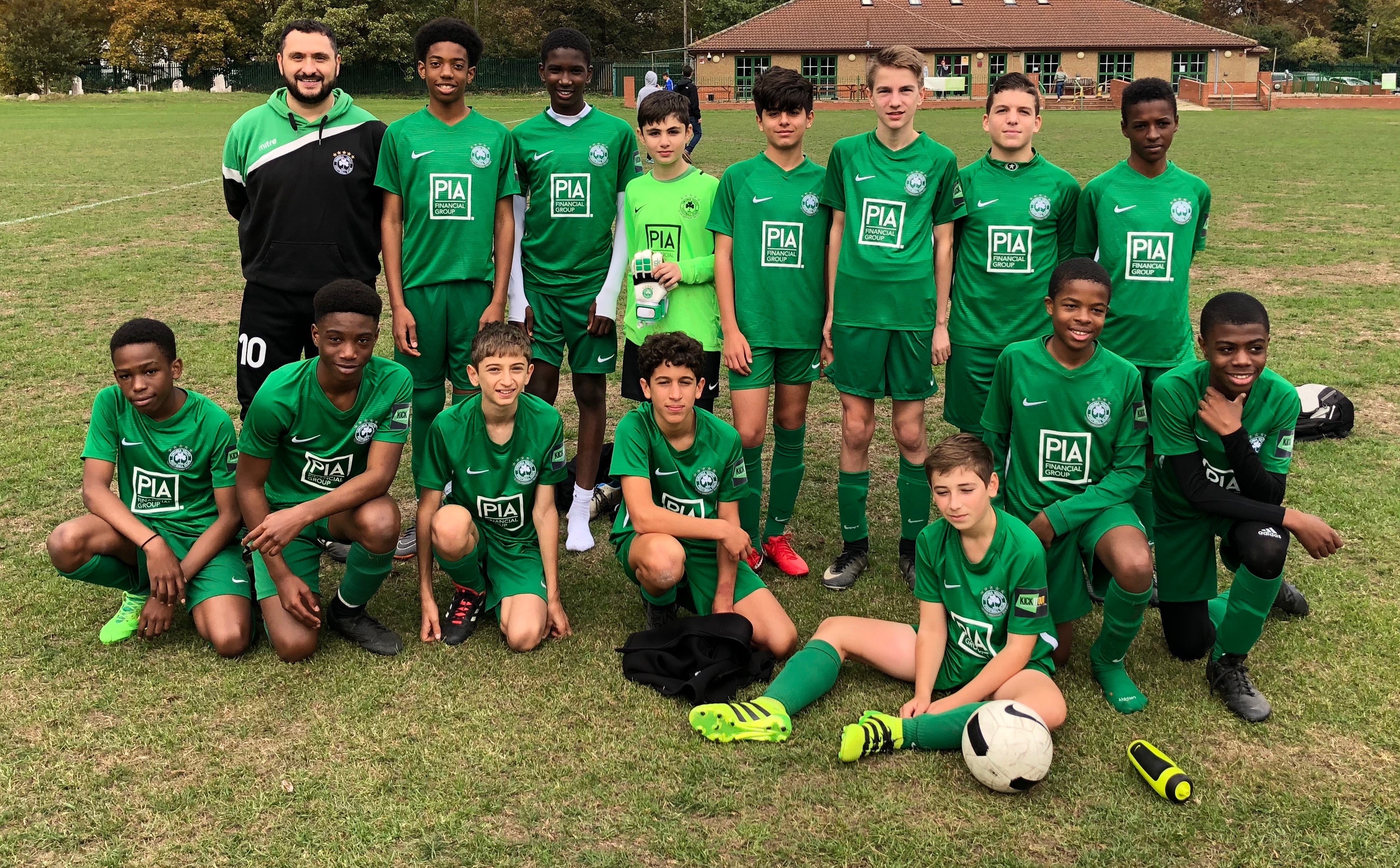 Harry Theodorou and George Sammoutis’ Under 14 Silver secured three league points with another fine display of football at home. In a match that was end to end, the passing style of the home side was dominant with some beautiful combination passing creating plenty of scoring opportunities. In an eight goal thriller of a game, the Under 14 Silver won 5-3. Harry and George were very pleased with the teams’ performance but singled out their two stand in goalkeepers for praise and awarded them Man of the Match – Oscar Hickey and Nicholas Theodorou. Goals were scored by Gabriel, Rohan, Mehmet and Viktor

In the Challenge Cup, Mike Petrou and Kyri Haili’s Under 15 White battled gamely to secure their place in the next round with a 5-4 after extra time win. Goals were scored by Valenti Kotori (2), Louis Petrou, Adam Curran and PG. Tyler Attreed was named Man of the Match.

Panos Papa-Michael and Elia Constanti’s Under 15 Gold produced the comeback of the day. Having gone into the half time break 3-0 down, this truly was a game of two halves as the Under 15 Gold stormed back to score four unanswered goals to eventually win 4-3. In a strange first half the under 15 Gold dominated play, but defensive lapses were punished and the Omonia keeper also had to save a penalty to save further first half blushes! However, a couple of crackers from Fabian Zylfi and a tidy finish by Andy Polycarpou set up an almighty grandstand end to the game. The Under 15 Gold created many chances but it was left to George Constanti to score the winner with two minutes remaining – a sublime curling finish into the top corner from outside the box.

Man of the Match was Marco Goumal – a marauding left-back who did not stop running all game.

Savvas Zavros and David Poncia’s Under 13 Gold saw their team play out an entertaining 3-3 draw. In an exciting game, the Under 13 Gold missed a few good opportunities but the boys stayed were determined throughout the whole match Goals were scored by Max Albrecht, Harry Theodorou, Ky Zavros. Man of the Match was Harry Theodorou

Leo, Will and Theo with Mikey named Man of the Match.

Mario Demetriou, Johnny Othona and Elvis Leon’s Under 12 Green went goal crazy as they won 7-0 with five different players on the scoresheet. Goals were scored by Nat (2), Aaron (2), Alex, Andreas and Zack. Andreas was named Man of the Match.

Nick Georgiou’s Under 16 White narrowly lost 3-2 but it was overall a strong performance with silly mistakes gifting the opposition with their three goals to give them the win. Goal scorers were Lyon Theocharous and Theo Stavrou with Andreas Georgiou named Man of the Match.

Despite suffering defeat, George Pantelides’ Under 14 girls was happy with the improvement the team are showing. They played very well in the first half and could have scored at least two goals in both halves, with Emilia P and Sophia Zavrou both going close. Lots of positives to take from today with Player of the Match awarded to Chelsea Laryea, who battled for every ball.

In the preliminary round of the Challenge Cup, Michael Pieri’s Under 14 White played a team two divisions higher. In a close contest Michael was “…incredibly proud of the team. The boys were today asked to show commitment, play their football and to enjoy the game and they did all that.” In an outstanding display they won the match 2-1 thanks to goals from Itiel Omadjela and a stunning strike from Kyle Ellis who was also named Man of the Match.

Finally, Kyri Georgiou’s Under 18 Green beat a team who hitherto had a one hundred per cent record to progress to the next round of the league cup. It was a fantastic perfrmioance from the whole team from start to finish. Charlie was named Man of the Match. Goal scorers were Charlie, Michael, Solo and an own goal. 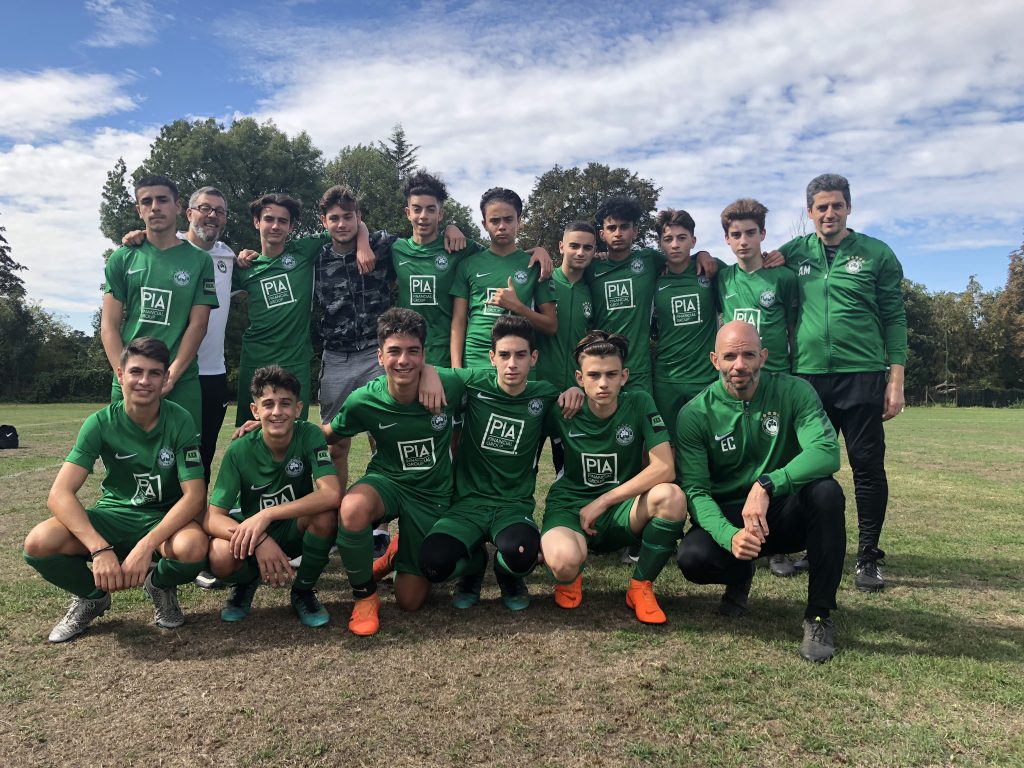