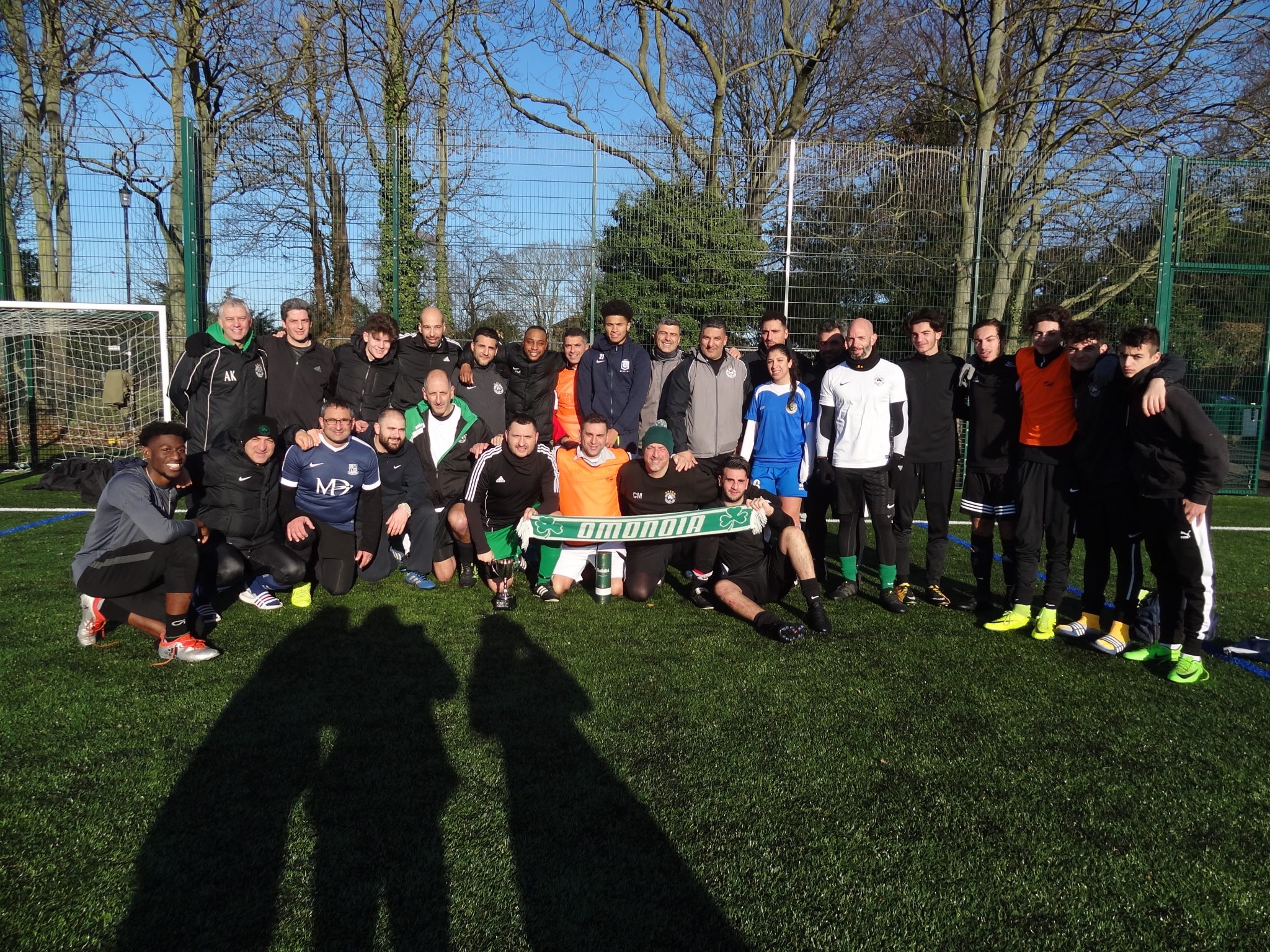 On a cold winter’s morning, when most people would be enjoying a well-earned lie in, the protagonists arrived on the morning of 28th December 2017. After Christmas wishes were exchanged, club chairman Michael Pieri and vice chairman Kyri Georgiou named their teams.

A traditional that stretches back to the founding years of the club, this year’s event as last season’s is significant as both teams would be playing for a trophy named after Kevin Nottage to commemorate the decade of service he gave to the club. It was with great sadness that the club learned that Kevin passed away after a long battle against cancer earlier last year. Kevin was a former Manager, Welfare Officer, qualified Referee, club WFL representative and Committee Member. Kevin was a selfless individual and everyone who knew him described him as a true gentleman and someone that always had a positive attitude towards life. Kevin wholeheartedly embraced everything that he did with energy and thoughtfulness and his contribution to Omonia Youth FC, which spanned a decade, was immense and will never be forgotten.

All the players who played in the match contributed a playing ‘fee’ and the total collected donated to the charity chosen by Kevin’s family.

The club were honoured to have Kevin’s family in attendance for the match and the charity chosen to receive the £460 raised is the Willow Foundation, the only national charity working with seriously ill young adults to fulfil uplifting and unforgettable ‘Special Days’.

One of the club’s Under 18 players, Alexander Zimaras, a qualified referee, got the match under way. Kyri Georgiou’s team went 2-0 up and were the dominant team thanks to goals from trustee chairman Andy Charalambous and Girls coach Timi. The goals were a stark contrast with Andy’s effort a committed tap in from a yard while Timi’s was a superb curling effort from the edge of the box. Even so, a goal is a goal and Kyri’s team threatened to take the game away from their opponents.

With half time approaching, quality prevailed and Chris Mousicos sent over a brilliant cross field pass straight into the path of Andy Michael who expertly pulled a goal back; was a comeback on?

A reshuffle at half time saw Mike Pieri’s team control possession in the second half. A couple of penalty shouts were denied but as the Chairman’s team pressed for the equaliser, Kyri’s team should have restored their two goal lead but spurned a couple of gilt edged chances on the counter attack with George Pantelides goalkeeping skills coming to the fore.

With time ticking down a scramble in the box led to a push and a penalty awarded was awarded to Mike’s team. The coolest man in Enfield, Andy Michael, coolly and slotted the ball home from the penalty spot for a very well deserved equaliser. With a minute to go George saved superbly from a free kick and an immediate counter attack should’ve yielded at least a shot at goal. As it was referee called time for a 2-2 draw.

After a thoroughly enjoyable, entertaining and competitive match, the day ended with a few well-deserved drinks. Former chairman Kypros Kyprianou gave a lovely speech in honour of Kevin Nottage who this game is now played in honour of.

A ‘Man of the Match’ was chosen from both sides. Kyri and Mike a player from each other’s team with Chris Mousicos, manager of the Under 13 Gold and Khalil Zakkour one of the development coaches the respective recipients.

The club would like to thank Kevin’s family for attending, M&A Coachworks and the parents of last year’s the U14 Green who donated the trophy for the match, Alexander Zimaras for refereeing the match, former Club Secretary and on the club’s current fixture secretaries Nick Zimaras for running the line. Finally the club would like to thank the managers, coaches and current players who played in the game and donated a playing fee for charity.

The day was another example of the community spirit of the club; the camaraderie and solidarity among all the managers and the dedication to ensure the work of previous officials, managers and parents, like Kevin, is not forgotten. It is important to the club that their legacy is not forgotten and is used as an inspiration for the next generation of players, managers, coaches and parents to ensure Omonia Youth FC continues to be a positive and safe sporting outlet for the youth of the community. It was a brilliant occasion and one the club is proud of.