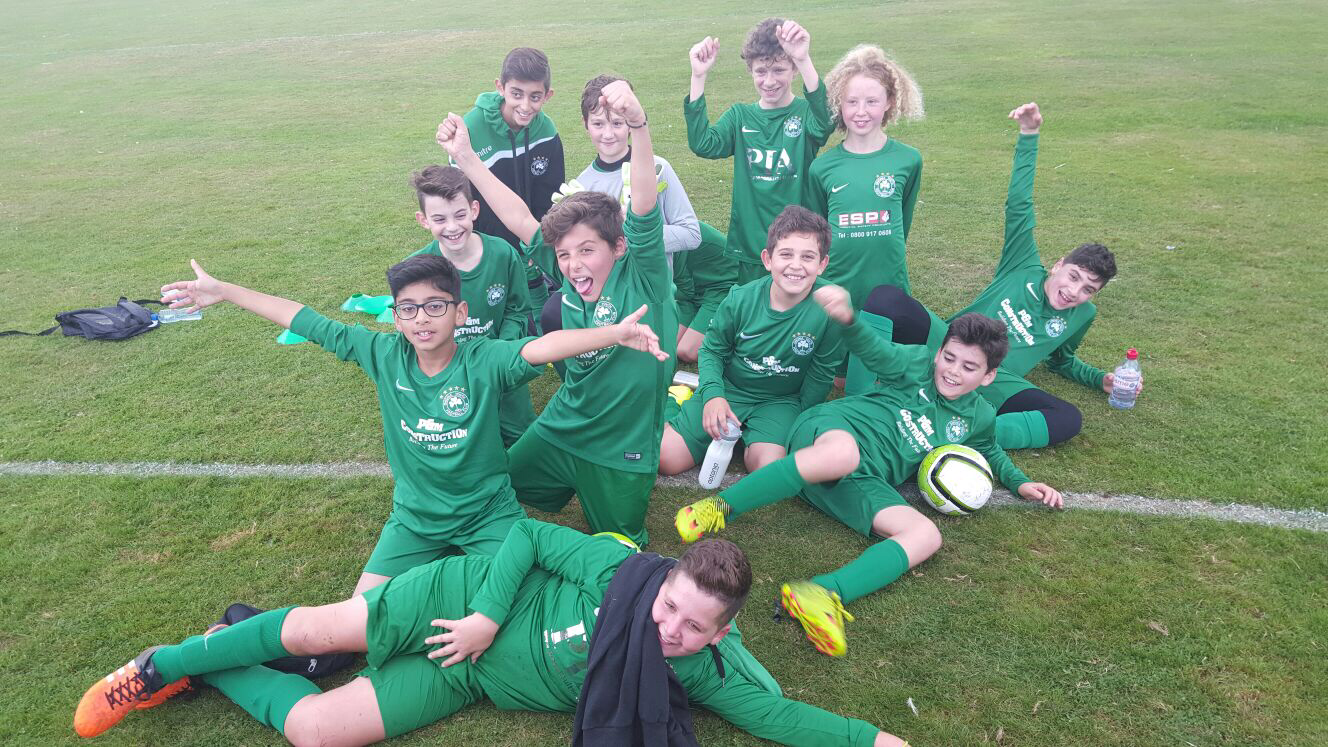 There were some important wins for many teams of community football club Omonia Youth FC, who are sponsored by P&M Construction Ltd

Chris and Jimmy Mousicos’ Under 12 Gold kept a clean sheet and scored two goals as they won 2-0. Louis Georgiou and Cem Poyraz with the goals. Cem was also named Man of the Match.
Another Uder 12 team also came away with a victory as George Sammoutis and Harry Theodorou’s Under 21 Silver won 3-1 in what was described as an all-round fantastic team performance. The team showed great resilience in coming back after going a goal down. Goals were scored by Joshan, Ben and Oscar. Man of the Match was awarded to Aman and Ben.

Unfortunately it was not a clean sweep for the under 12s as Michael Pieri’s White lost in their Spring Trophy Cup group game, unusually conceding 5 goals to lose 5-3. Goals were scored by Sammy Hristov, Anthony and Andreas Fereos. Man of the Match was Owen Bluffield.
In the Mide Herts Premier League, the U14 Green secured another important three in their quest for the title as they won 8-3. It was a fantastic result by the team, away to a very physical and strong side. The boys played some fantastic football and remain top of the Premier League with 6 games to go.
Goals were scored by George Stasi (3), Toby Abanna (3), Michael Dionisiou and an own goal. The management and coaching team could not split Toby Abanna and Michael Dionisiou’s contribution to a stunning victory as so were both named Man of the Match.
Nick Zimaras’ Under 16 Whites lost 5-0 away. It was described as ‘one of those days’ where little went right for the boys.

Elia Constanti’s Under 16 Green also lost but by a narrower margin, 2-1. The boys played well but unluckily scored two own goals. The Green goal was scored by Amelio Georgiou and Man of the Match awarded to Charlie Constanti
Kyri Georgiou’s Under 15 Greens won 4-3 away in the Spring Cup. Goal scorers were Temi, Andreas, Michael and Solo with Temi named as Man of the Match. It was good game a good performance from the boys.
Andy Charalambous’ Under 14 White drew 0-0 in their Spring Cupm group game. Man of the Match was Nick Georgiou.

Finally, Andy Michael and Panos Papa-Michael’s Under 13 Gold were defeated but unbowed as they lost 3-2 to a goal seven minutes into injury.
To put into context how strong then performance was, the Golds had to play with 10 men and actually took the lead against the league leaders. Youssef Habibi and George Constanti got the goals and for the camaraderie they showed, the whole team was awarded with Man of the Match. Both Andy and Panos are very proud of the team and they way they battled and performed on Sunday.
Should you feel enthused and want to know more about Omonia Youth FC, you can contact the club at omoniayouthfootballclub@hotmail.com, via the contact page on www.omoniayouthfc.com and follow the club on twitter @OmoniaYouthFC.