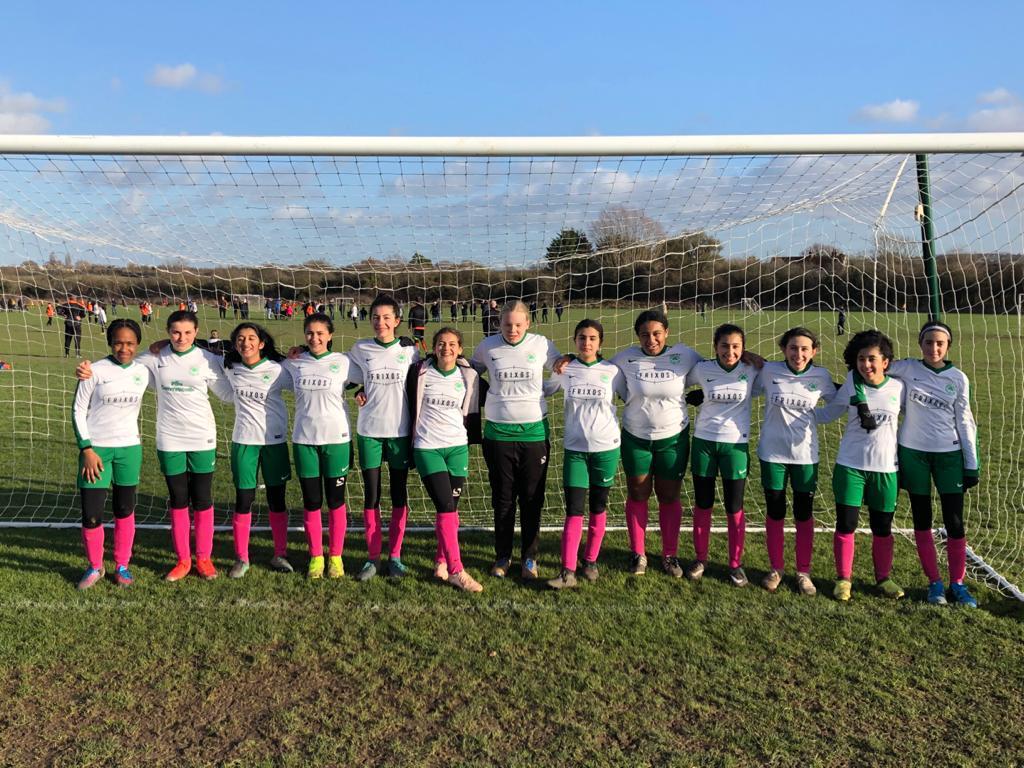 With only one match day before the winter break, there were important Middlesex County Cup wins for teams from community grassroots club Omonia Youth FC, sponsored by PIA Financial Group and Philip Ross Solicitors.

Both Under 15 teams who are still in contention registered wins. Chris and Jimmy Mousicos’ Under 15 Gold were comfortable winners as they won 8-1 to move into the next round. Kayden (2), Louis (2), Vansh (2), Ziya and Mo got the goals.

Last year’s runners-up, Mario Christoforou and Nick Lingis’ Under 15 Green are still in the competition after winning through thanks to a 3-2 away win. Man of the Match Raul A got one of the goals with Joe K netting a brace.

Adam Demetri and Evagoras Madrides’ Under 14 Silver travelled to West London and in a very even match are through to the quarter final after Nikola A scored the only goal of the game with 20 minutes to go. The defence held out for the remainder of the match. Taylan B was named Man of the Match.

Chris Gregoriou’s Under 18 White are also through to the quarterfinal. Thanks to a very disciplined and patient performance, instructions were followed and executed to perfection to win 2-0. The team played as a unit throughout the game and the boys got their rewards. Steven Wright got both goals with Gabriel Allen named Man of the Match.

Unfortunately Kyri Georgiou’s Under 18 Green couldn’t make it a clean sweep as they lost 3-1 one of the best teams in their age group. Having gone 1-0 up and looking comfortable the opposition then equalised. With the game poised to into extra time the Under 18 Green concededtwo2 late goals. A disappointing result but a good performance nonetheless. Goal scorer was Antonio Panayiotou with Demitri Oikonomou named Man of the Match.

Mike Koumi and Adam Broomfeld’s Under 12 White won 4-3 in a close competitive match. The Under 12 White scored early through a screamer from William but then dropped off and allowed the opposition to control midfield who scored three goals. The Under 12 White got back to their game and scored two to level at half time. One further goal and a flurry of chances confirmed the win. Goals were scored by Chris (2), William and Georgie.

In the Under 15 Derby Michael Pieri’s Under 15 White faced off against Harry Theodorou and George Sammoutis’ Under 15 Silver. In a scrappy game played on a small, sticky pitch, the Under 15 White finally prevailed in a game where after they took the lead they never relinquished the advantage. Two brilliant goals on his debut for Christo, were added to by Kyle Lapompe, who scored a bullet header from a fine cross, and Anthony Fereos confirmed the win with a fine strike after a good passing move. Christo, Anthony and Andreas Fereos were named Man of the Match.

Zeno Vryonides and Vas Simou’s Under 12 Green played away on what was a huge and super pitch but the boys battled hard through this mud bath of a pitch to win 5-4. It was a great game with both sides battling hard for the win, slding up and doen the putch and getting stuck in. Goascorers were Man of the Match Michael (3), Georgie and Alek.

Mario Yiasemi’s Under 13 Gold were top scorers among the club as they totally dominated their match winning 10-2. Scoers were Arda (4), Man of the Match Musawwir (3), Muzzammil (2) and Dhiren.

Well done to the George Pantelides Under 15 girls, who despite narrowly being defeated 2-0 played a fantastic game. A long away trip to Essex did not dampen the spirits of the players or the fantastic away support. A very tricky game in windy conditions, was decided by a goal at the end of each half in a game which was very close throughout. The girls fought well, and are improving with every game. Player of the Match was Sophia Zavrou-Blackstock, who had the strength and composure to deal with the difficult conditions.

Sophia Karanicholas’ Under 12 Girls also had plenty to be positive about. Despite losing 3-0, the performance was marked by many, many positives to take from the game. Each girl put in a performance to be proud of and demonstrated huge progress and development from an 11-0 loss to the same opposition at the start of the season. Coaches Antonio and Sophia could not have been more proud of the commitment and improvement shown by each Omonia Youth Under 12 Girl player. To summarise, Sophia said: “This game and the continuous improvement the girls are showing week in and week out reminds us exactly why we do what do. They were fantastic.”