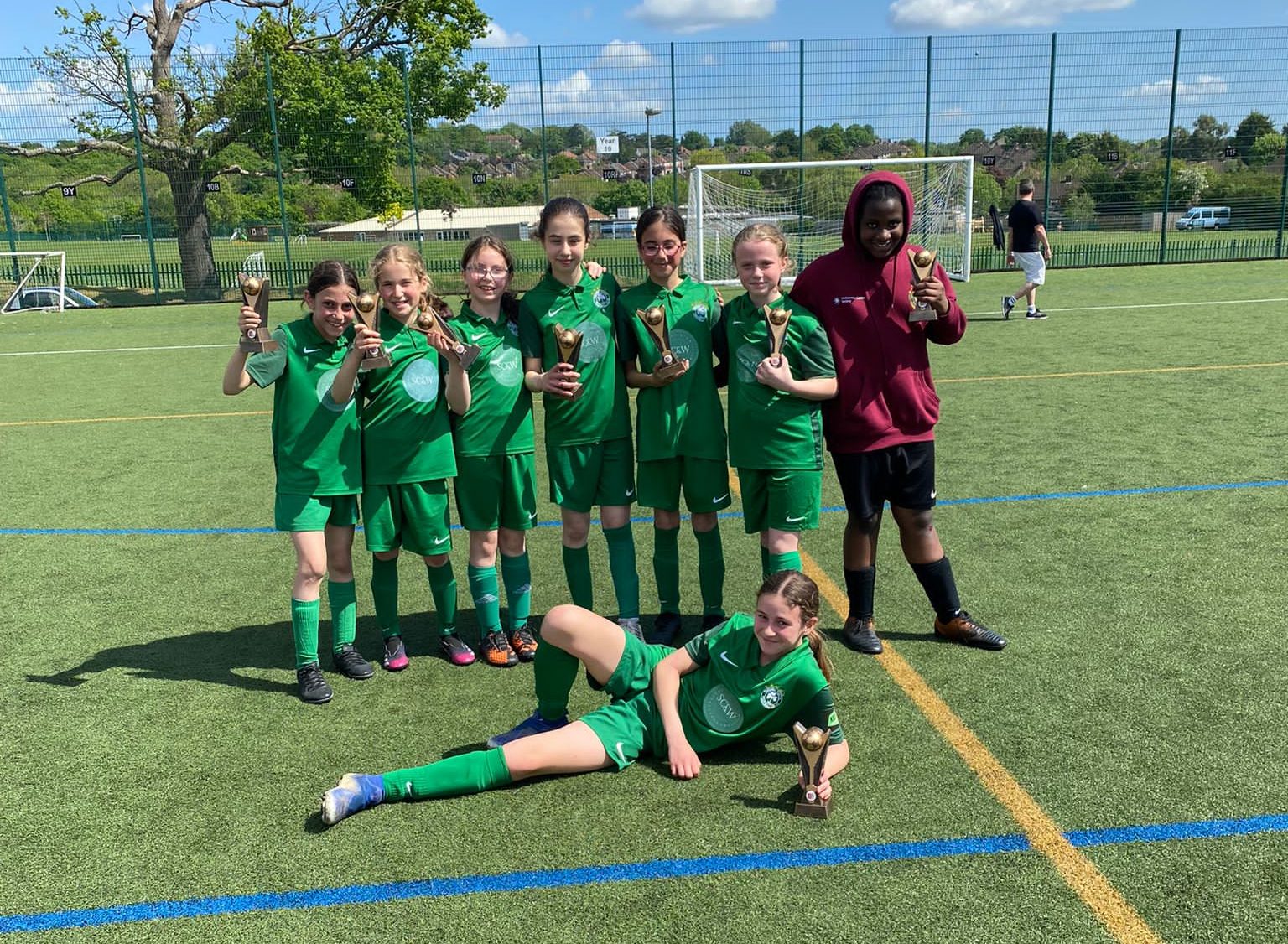 With the season reaching it conclusion, teams from grassroots football club Omonia Youth are completing their final league fixtures and playing in summer tournaments.

Mary Tryphona and Tony Styliandes took their Under 11 Girls to the HGS end of season tournament and the day yielded some excellent results. The Under 11 Girls Tigers only lost one game in their group stage and progressed to the semi-final while the Under 11 Girls Lions went undefeated in the group stage but had to win a tense penalty shootout to progress to semi-final. Both teams competed brilliantly in their last four encounters with both matches going all the way penalty shoot-outs. The Tigers lost out while the Lions took their place in the final after winning their shootout. In a competitive final, the Lions held their own with Mahdi being awarded Girl of the Tournament for pulling off some superb saves. The final ended goalless and for the third match in a row, the Lions were involved in a penalty shootout…which they won to be crowned tournament champions!

Some great saves again with Dora, Dolsie and Mahdi scoring their penalties. Huge congratulations to the Under 11 Girls, to Mary and to Tony. At the end of tournament, Mary said: “What a proud day and seeing these girls develop.”

Chris Gregoriou’s Men’s Team, who are sponsored by Crown Mobile Tyres and The Master Locksmith were attempting to make it eight finals for the club but fell just short in their Challenge Cup semi-final against Panathinaikos. The team were up against from the beginning as they only had 13 available players and two of them were goalkeepers. However, the coaching staff galvanised those available and they put out a decent team which made a good, positive start scoring from a corner routine they had been working on. Veteran Tony Ponou scoring from outside the box to put the Men’s Team 1-0 up. Unfortunately, they could not hold on to the lead long enough and a failure to clear their box from a long clearance saw them concede. Injuries in key areas made it difficult from then on. Chances and opportunities were still created, but they could not back into the match and eventually were defeated 4-1.

Kerem Denizer’s Under 12 Green were in league action, playing to stay out of the relegation zone. Against a team that previously beat them 5-0. The boys were encouraged and fully aware of the situation and were encouraged to concentrate on the fun and pass the ball as a team. The team played well and there passages of play which involved beautiful passing which created chances on goal. In contrast to the early season encounter, the Under 12 Green held their own and limited the opposition to just one goal, enough to win them the game.  The boys battled well throughout the game and defended superbly. Pleasingly the opposition commented that they had seen a huge difference between the teams’ two matches and praised the coaches for turning the team around.

After the match Kerem said: “I’m very proud of the team and the players they are becoming. That’s the end of our season and I’m super proud of my boys.”

Man of the Match was given to Anastasi K, who bossed the back line and stopped opposition getting a second goal while Most Contributor was given to another super defender, Hakan Yasar.

Robert Protei and George Constantinou’s Under 14 Gold started very slowly to begin and were soon 1-0. Conceding an early woke the team up and they never looked back as the boys started playing some really lovely attacking football. They should have scored a few more but in the end they ran out 5-2 winners. Anthony grabbed a brace, a fantastic free-kick from Alessandro with Giggis and Marcou competing the scoring. Man of the Match was given to Gabriel who was solid in defence

Mike Koumi, Adam Broomfield and Panny Panayiotou’s Under 14 White were defeated 5-1 against the division’s runaway leaders bit the score did not reflect the match. The boys put in a fantastic effort with unfortunately little reward. They controlled midfield which led to several missed chances and this forced opposition to resort to long balls over the top which unfortunately led to errors. The boys will learn and move on. Nick got the team’s goal with William earning Man of the Match for a