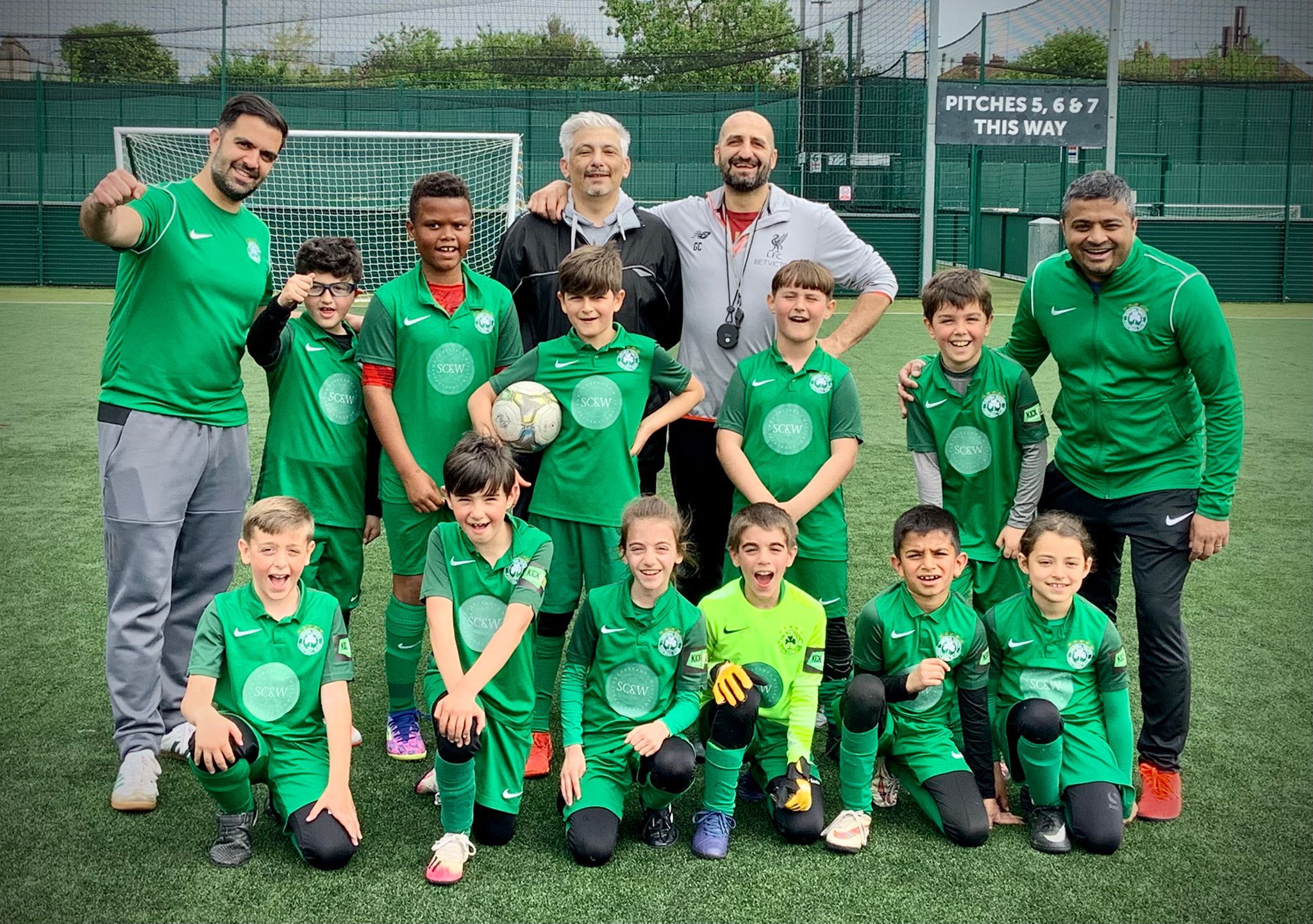 With the grassroots football season approaching its final weeks, the many teams of Omonia Youth FC, sponsored by Spector, Constant & Williams, Vas Barbers and V Jewellers, still have plenty to play for.

Mike Koumi, Adam Broomfield and Panny Panayiotou’s Under 14 White won their latest league match 2-1 away. Setting up in a 4-4-1-1 the boys started very brightly and took the lead through a wonderful goal. Three simple passes from back to front and with a lovely cut back into the box fell at the feet of Chris who dispatched it with a one touch pass into the top corner. The opposition responded within two minutes via a speculative shot that deflected and left the Under 14 White deputising keeper with no chance.

The Under 14 White continued dominating possession and played some delightful football with quick passing and movement whilst being smart by exploiting the space in behind the full backs. At half time the team switched formation to strengthen the midfield and it was evident that the switch worked very well. Straight from the kick off the boys applied the ideas they spoke about at half time and along with 100% commitment, it was only a matter of time before they took the lead. An unbelievable goal line clearance denied them the lead early in the second half. Patience was required; for all the team’s dominance and the chances created they could not get the second goal. However, with eight minutes to go, the Under 14 White put together a blistering attack that saw them get down the left hand side with link up play and passes that started from the left back into the holding midfielder who then released the left sided central midfielder to glide into the open space in behind their full back. He drove into the box and a lovely square pass took out their two centre halves and Nick was at hand to slot the ball past the ‘keeper. A wonderful goal and more than deserving of all three points.

Man of the Match was awarded to Andrew for the character in taking on goalkeeping duties. After the match coach Panny said: “A 2-1 win and three points are just scratching the surface as it was a dominant display by every single one of the 14 players. They were superb. Well done to them all.”

Zeno Vryonides, Mario Georgiades, Elias Neocleous and Vas Simou’s Under 14 Green played their last league match of the season and secured a 3-2 to confirm a top 3 place in the division. The team have had a great run this season considering many injuries and lack of players at the beginning of the season. The boys have shown a massive improvement and have all developed well. TAfter the match, manager Zeno said: “There is a clear passion for the game and desire to do well as a team which has helped the boys focus to achieve their goal this season. Fingers cross we get to move up a division. The lads are up for the challenge and are now looking to further their development to the next level.

Robert Protei and George Constantinou’s Under 14 Gold played superbly well last weekend in the Mitre Cup in Clapton. The finished second place. It was a great experience for the boys playing all their games in a nice stadium!

Peter Jordanou, Sadat Sayeed and Pavlos Under 9 Green played their final game of the season it what has been a really enjoyable year. Coach Sadat said: “The journey that the children, coaches and parents have been on this season has been an absolute joy to be part of and what a brilliant way to cap off the season this morning, with what was clearly our best performance of the season. Today we achieved what we strive for every week, which is to have every player in the squad switched on for the whole game, to try hard throughout, to win the ball when out of possession, and when with the ball, to drive forward as a team, with purpose and intelligence. We got all of those things today, and it resulted in us scoring a hatful of goals in a really superb all-round performance.”

After two seasons, the most gratifying thing of all is how the Under 9 Green both individually and as a team have grown and developed. This really is the essence of development football.

A special thank you to Pani Demetriou, one of the parents who has stepped forward to referee all of the team’s home games, with skill, a calm approach, and most of all a genuine understanding that at this stage, football is about ensuring the development and enjoyment of all the children on the pitch.

Pleasingly, beyond football, the group have bonded. Friendships have emerged and there is a genuine camaraderie among the group.

Finally, Sadat said: “Myself, Pavlos and Peter feel really privileged to have this wonderful group of kids under our wings, backed up by a fantastically supportive set of parents. We already cannot wait for next season. Onwards and upwards for the Under 9 Greens.

Last Sunday, Jason Plysi’s Under 9 girls played their first full match against another team. They were all very excited and could not wait to get started. The team gave it their all right from the start and there were many tired legs early on. Fortunately, having substitutes allowed for plenty of rotation throughout the match. After the match Jason said: “I was really pleased to see the girls communicating with one another during the match, working really hard to win back possession and running into space to receive a pass. I could see all the girls’ confidence growing as the match progressed. We all (coach, supporters and players) enjoyed the experience and cannot wait to play our next match.”

Sophia Karanicholas and Samuel Arthur’s Under 14 Girls won 2-1 away from home. The team went into the game knowing this would be a tough match. The girls were advised to preserve their energy and pace themselves for the full 70 minutes. Their task was made more difficult in the second as they had to play the second half play a player down. As a team the girls recognised that perhaps things could have gone better at times but the girls did not disappoint in bouncing back from a goal down and showing a good response. Goals were scored by Shekhinah and Mea B. Player of the match was awarded to Anika who battled for every ball and made great contributions to the attack. 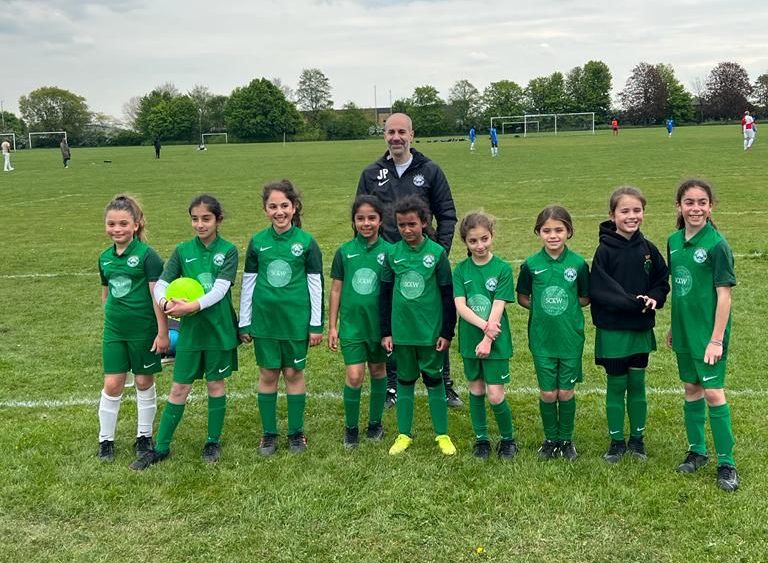