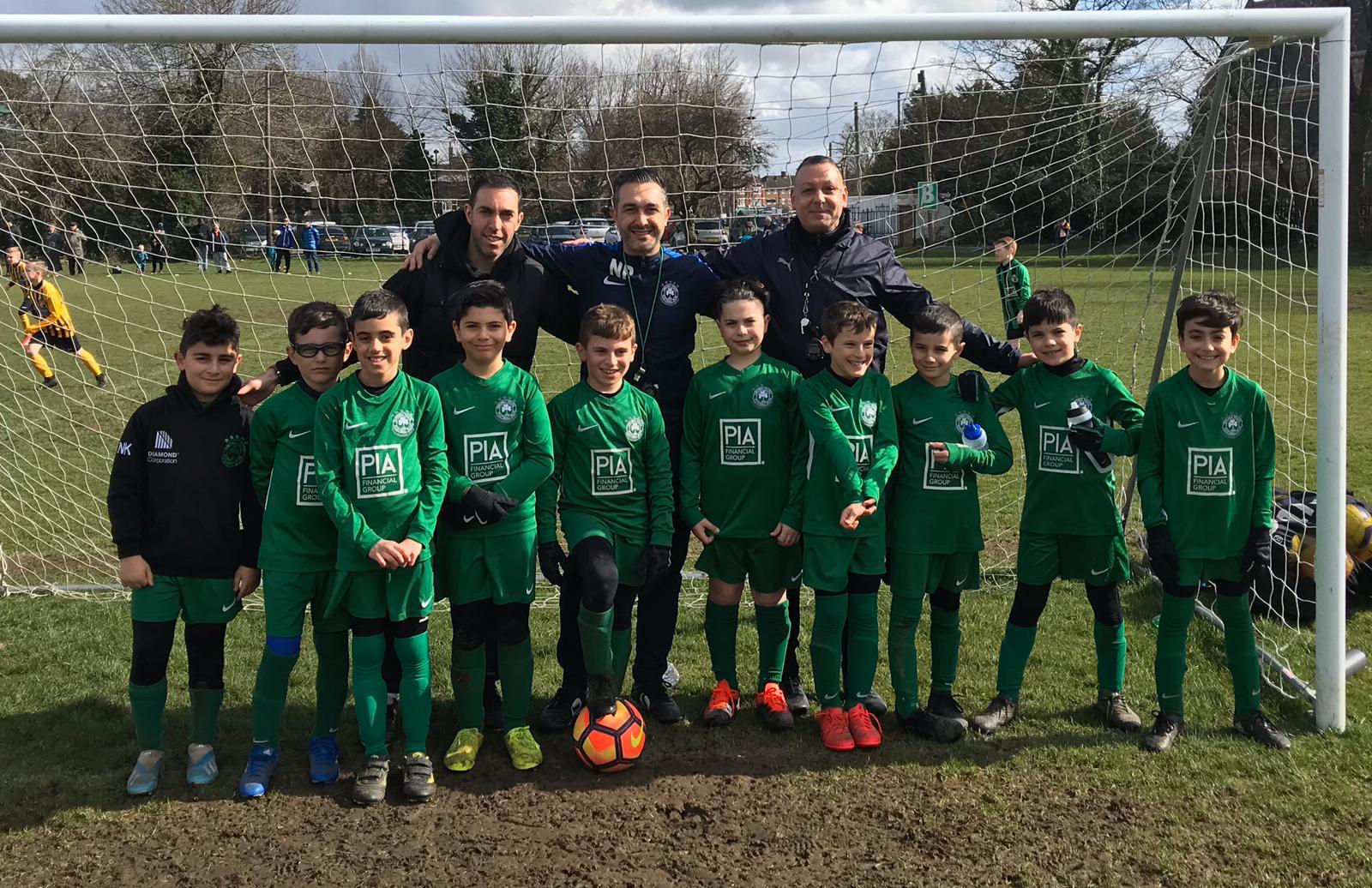 There were many good performances and good results for many teams from community grassroots club Omonia Youth FC, sponsored by PIA Financial Group and Philip Ross Solicitors.

In the Spring Plate Harry Theodorou and George Sammoutis’ Under 15 Silver played a team who unfortunately only had 10 men. Having gone 7-0 up in the first 15 minutes the Under 15 Silver graciously reduced their team to 10 players too and started playing players out of position but by half time the score was 12-0 and it was no surprise that the opposition forfeited the match.

With no formal match, Michael Pieri’s Under 15 White played a friendly against a longstanding local rival.  The match was played in good spirits with the Under 15 White putting on a dominant first half performance to go into half time 2-0 up. The boys intensity dropped in the second half and they let the opposition back into the game after some sloppy play but the boys intelligently went back to basics and scored two cracking goals to run out 4-3 winners . Goals were scored by Noel, Igor, Andrea F and Christo. Man of the Match was shared between Erdal, who really put a shift and was unlucky to break his goal scoring duck, and captain Sami who commanded the midfield from a deep lying role.

After consecutive postponements due to the recent poor weather, Mario Yiasemi’s Under 13 Gold won their Spring Plate tie 7-4. Even though the boys were a little rusty after the long break between games they beat a team from a division higher They were always in control and once went ahead, never looked back. Man of the Match Arda scored four with Dhiren getting the other three.

Mike Koumi and Adam Broomfeld’s Under 12 White played out a 3-3 draw in what was described by manager Mike as “…a lesson in not taking our chances and some sloppy defending…” Having dominated the match and going 2-0 ahead, spurning chance after chance gave the opposition hope as they halved the deficit before half time. After missing a host of chances they conceded an equaliser, went 3-2 up with a penalty and then conceded again five minutes before full time. Goals were scored by William, Chris and Man of the Match Thomas.

Savva Zavros and David Poncia’s Under 14 Gold continued their recent good run with a 4-2 win against a very good opponent. The boys as a team are always looking to take the game to their opponents and when they are ‘on it’ they have the ability to overrun most teams in this league which is exactly what they did last Sunday. It was an excellent performance by in a tough physical game. The boys worked hard for the whole game showing courage, commitment and playing intelligent football which ultimately saw them take all three points. And go top of the league. Goals were scored by Ky, Jon, Mustafa and Kaian.

Chris Gregoriou’s Under 18 White belied the old football saying a “a game of two halves” as the  boys put on a spectacular show in both periods of play, scoring four goals in each half. A bullet header from Tariq put gave them an early lead; Stavros doubled the score from a corner followed by two contenders for goal of season from Chris and Steven. If that was good, the second was even better! Ahmet scored his first ever Omonia goal with a long range effort, Steven scored twice from the penalty spot before the day was completed with a rasping shot from the right wing on the run by Daniel. The Under 18 White conceded a couple sloppy goals and a penalty due to lack of concentration but it was a thoroughly good result and performance in their biggest win of the season; 8-3.

Goals were scored by Steven Wright (3), Stavros Konstantinidis, Tariq Stewart, Daniel Reid-O’Gilvie, Ahmet Mustafa and Chris Yiannitsarou. Man of the Match was awarded to Liam Togher for a performance of complete dominance.

Adam Demetri and Evagoras Madrides’ Under 14 Silver came crashing back down to earth after their recent victorious county trophy semi final win. In a tough match against the league leaders, a strong full midfield battle with only a tap in on the back of a slight defensive error is all that separated the two teams. There were some amazing efforts from Nikola, Agim and Brodie but to no avail as for the first time this season they could not hit the back of the net.

In George Pantelides absence, Mike Petrou took charge of the Under 15 Girls match against strong opposition in the league cup semi-final. Even though the girls were defeated 3-0, the score does not tell the real story.  This was one of the strongest team performances of the season.  The first half ended 0-0 to a team that on previous occasions would dominate the score line and the game but the Under 15 Girls were brilliant as they contained the opposition but also created their own chances. The second half saw the girls pile on the pressure on the opposition from the outset and a combination of saves made by the opposition keeper and shots hitting the woodwork and just going wide, the the Omonia girls were not able to capitalise on the hard work. A spell of 10 minutes saw the opposition get their three goals which even the referee later described moments of bad luck which included Nicole’s shot going just wide after a break breakaway run. Despite being behind, the  whole team did not stop working, running and moving until the final whistle. They were a credit to the Omonia Youth FC badge!

Mike Petrou and Kyri Haili’s Under 16 White continued their good form overturning an early season defeat to the same opponents thanks to a disciplined team performance. Obviously full of confidence, the opposition worked hard and were very organised and the Under 16 White goalkeeper Luca Coles was needed as he pulled off a fantastic one on one save. Into the second half Under 16 White stuck to their game plan and continued to play the ball around, keeping possession and testing the oppisition defence.  The first goal came from Oresti Bali who chased down the last man for what looked like a lost cause but forced him to play a back pass to the keeper who failed to control the ball leaving Oresti with the chance to steal a goal.  This broke the opposition’s resistance a second goal soon followed with Louis Petrou weaving through their defence and with a chance of a clear shot on target squared the ball to Oresti to slot home into an empty net. This was good result for the team as they head into the business end of the season.

Nick Paraskeva and George Agrotis’ Under 9 White played their first ever Omonia Youth FC derby against Jay Kemal’s Under 9 Green. Both sets of coaches encouraged throughout and didn’t direct. Parents were encouraged to do the same before the game via match day delegates. It was a good spirited and entertaining game all round with Nick proclaiming “We are very proud today. We one club, one family and together we stand…we are Omonia Youth FC.” What a fantastic sentiment to end another match day report. 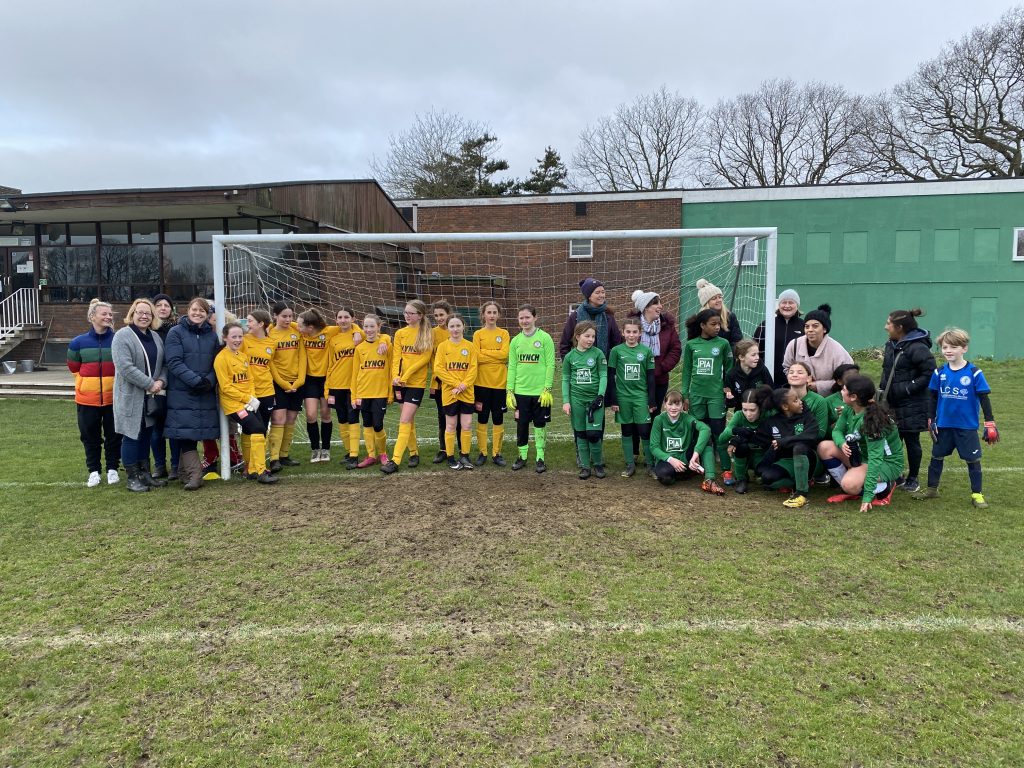 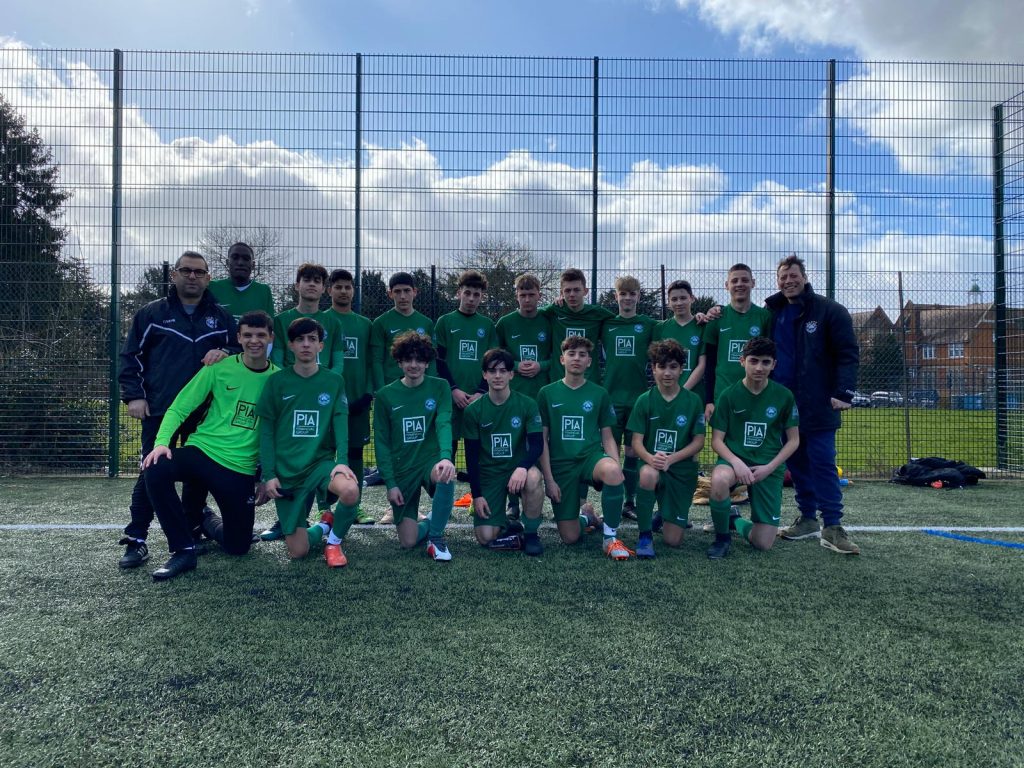