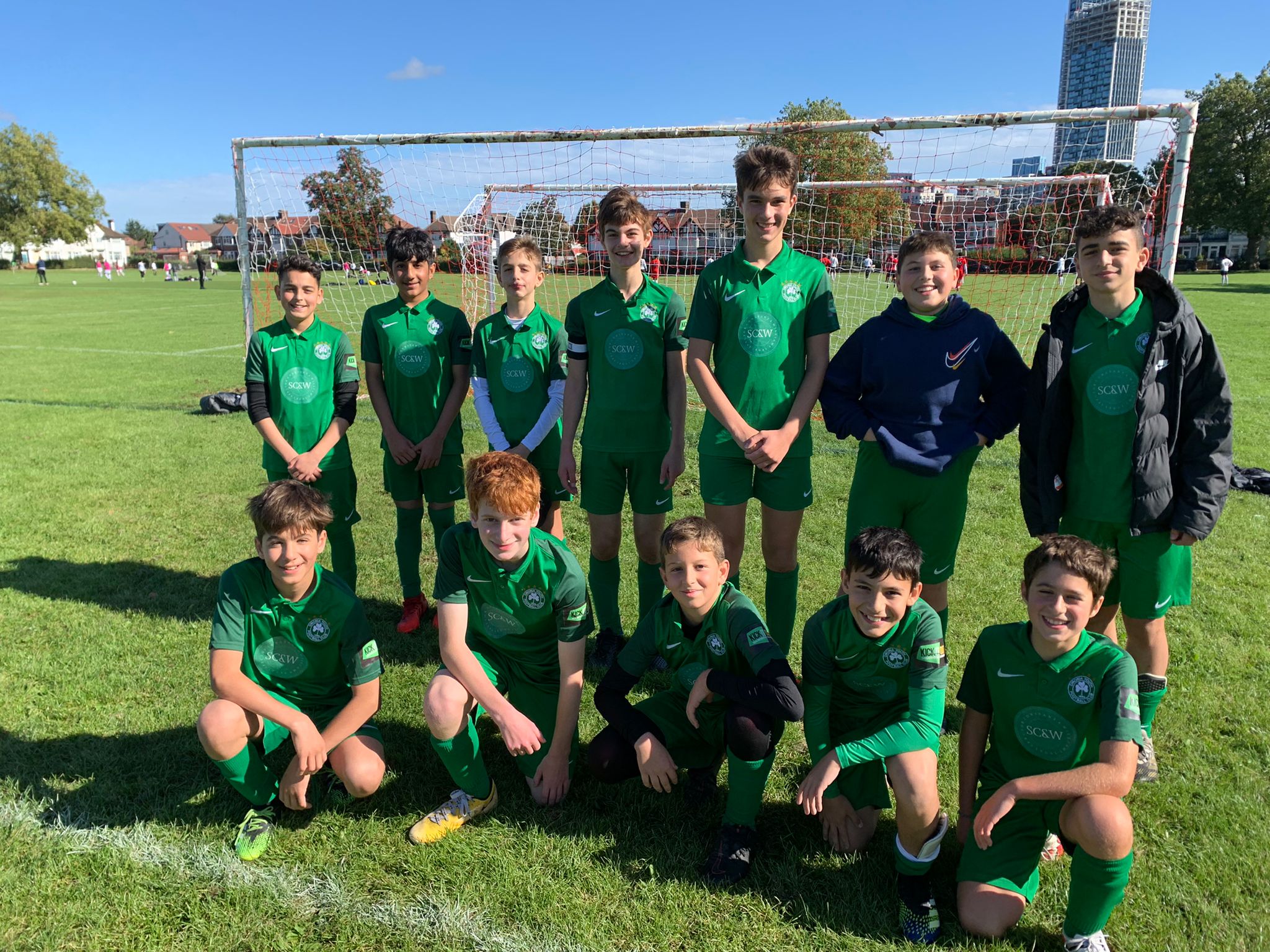 Kerem Denizer and Paul Pavlou’s Under 12 Green gave a very good performance this week by creating some early chances. Training has been great this year with passing and movement being practised.

Alex Christofi and Serkan Nihat’s Under 15 White produced an amazing performance. The boys started with a good tempo and the passing and movement was great to watch. Goals were scored by Yullian (4), Theo (2), Anthony and Kapa.

George Sammoutis and Harry Theodorou’s Under Silver 10 played their first game of the season. They team were very rusty but they got going soon enough and had a very good second half where they showed real resilience and belief in themselves, using what they’ve learned in training. The match ended with the with lots of smiles and belief.

Mike Koumi, Adam Broomfield and Pany Panayiotou’s Under 14 White won 8-2 thanks to a dominant performance playing a team two divisions below they. The Under 14 White scored straight from kick off and then got very complacent and stopped playing as a team going in to half time 3-2 up. A frank half time team talk had the desired effect and five unanswered second half goals saw out the win. Goals were scored by Louis (2), William (2), Georgie, Nick, Luca and Chris. Man of the Match was given to Louis who brought commitment and passion to the game when he came on and scored two goals

Mario Yiasemi’s Under 15 Gold came from behind to win 4-1. A very poor first half where the boys made plenty of mistakes was rectified in the second half as the boys produced plenty of good passing and some great finishing to score four goals in the second half with Muzzammil and Man of the Match Deniz scoring a brace each.

Michael Pieri’s Under 18 White suffered a 4-1 defeat in the cup to a team from a higher division but the score was far from reflective of the performance. They should have gone into the half time break 1-0 thanks to an excellent 45 minutes where they created many opportunities but an inexplicable flag denied them registering a well-worked goal. The second half started poorly and they went behind and were always chasing them game. Even so, there were plenty of positives to take. Erdal scored his second goal in two games with Godwin named Man of the Match.