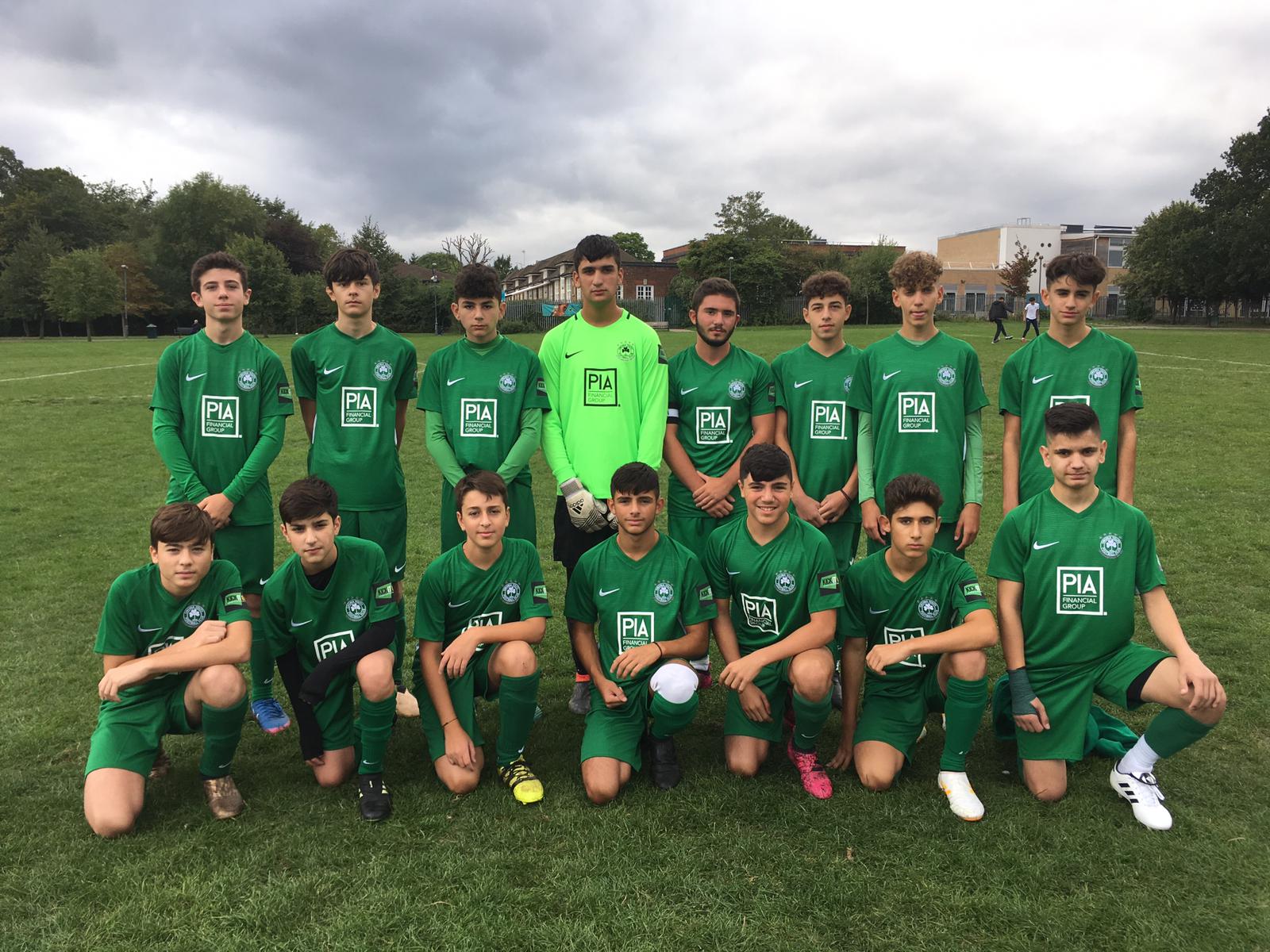 Despite plunging temperatures which led to many games to be cancelled, community grassroots football club Omonia Youth FC, sponsored by PIA Financial Group and Philip Ross Solicitors, had plenty of reason to celebrate last Sunday as many of their teams put on some excellent performances.

Mario Yiasemi’s Under 12 Gold won their league game 6-2. After losing to the same team last week the boys put in a much improved performance. They played as a team, passing well and creating several goal scoring opportunities. Coach Mario added that “…Arda was unplayable today…” as he scored five goals and was named Man of the Match. Dhiren got the other goal.

Nick Georgiou’s Under 16 White started their Spring Plate campaign with a comprehensive 10-0 rout at home. It was a great team performance with good football being played and some lovely goals being scored. Goals were scored by Alex Antoniou (4), Peter Michael (3), Apostolos Tziatzios (2) and Nick Apostolou. Two were named Man of the Match: Nick Apostolou and Alex Antoniou.

Panos Papa-Michael, Elia Constanti and Andy Michael’s Under 15 Gold won 2-0 in a solid performance all round in what were very difficult conditions. Goals were scored by Andrew Christofi and Fabion Zylfi with Man of the Match awarded to George Constanti who gave a composed performance in central midfield

Mario Demetriou, Johnny Othona and Elvis Leon’s Under 12 Green went down 3-1 in windy conditions and without their first choice goalkeeper. Overall the boys played well but their opponents deserved the win.

Michael Pieri’s Under 14 White were involved in a pulsating match which ended 5-5. Individual errors saw them go 2-0 down early in the first half and it required great resileicne for the boys to get themselves back into the game, which they did and were leading 5-3 with a few minutes only for the opposition to score two late goals. Itiel Omadjela netted three times and two significant goals for Alfonso Rosselli who notched up his 99th and 100th goal for the club – an amazing achievement and he awarded the Man of the Match.

Savva Zavros and David Poncia saw their Under 13 Gold bounce back from defeat last week as the team showed concentration, communication and excellent football. They dominated possession and although we conceded three goals the team fought hard throughout the game and won 4-3. As pleasing as the result, David and Savva rotated a few players who were playing out of their comfort zone and they rose the occasion. Brilliant! Goals were scored by Leo, Jamie, Louis and James with Ky Zavros named Man of the Match.

Chris and Jimmy Mousicos’ Under 14 Gold drew 1-1. Kayden Trey Virgo got the goal with Gianluca Rosiello named Man of the Match.

Finally Kyri Georgiou’s Under 18 Green lost 2-1 at home in a good game where both teams played attractive football. The Under 18 Green were a goal down after five minutes and dominated large parts of the match. They equalised soon after half time but against the run of play their opponents caught them on the break to get the winner. The Under 18 Green missed some great chances including hitting the woodwork on numerous occasions. Leon got the goal with Michael named Man of the Match.