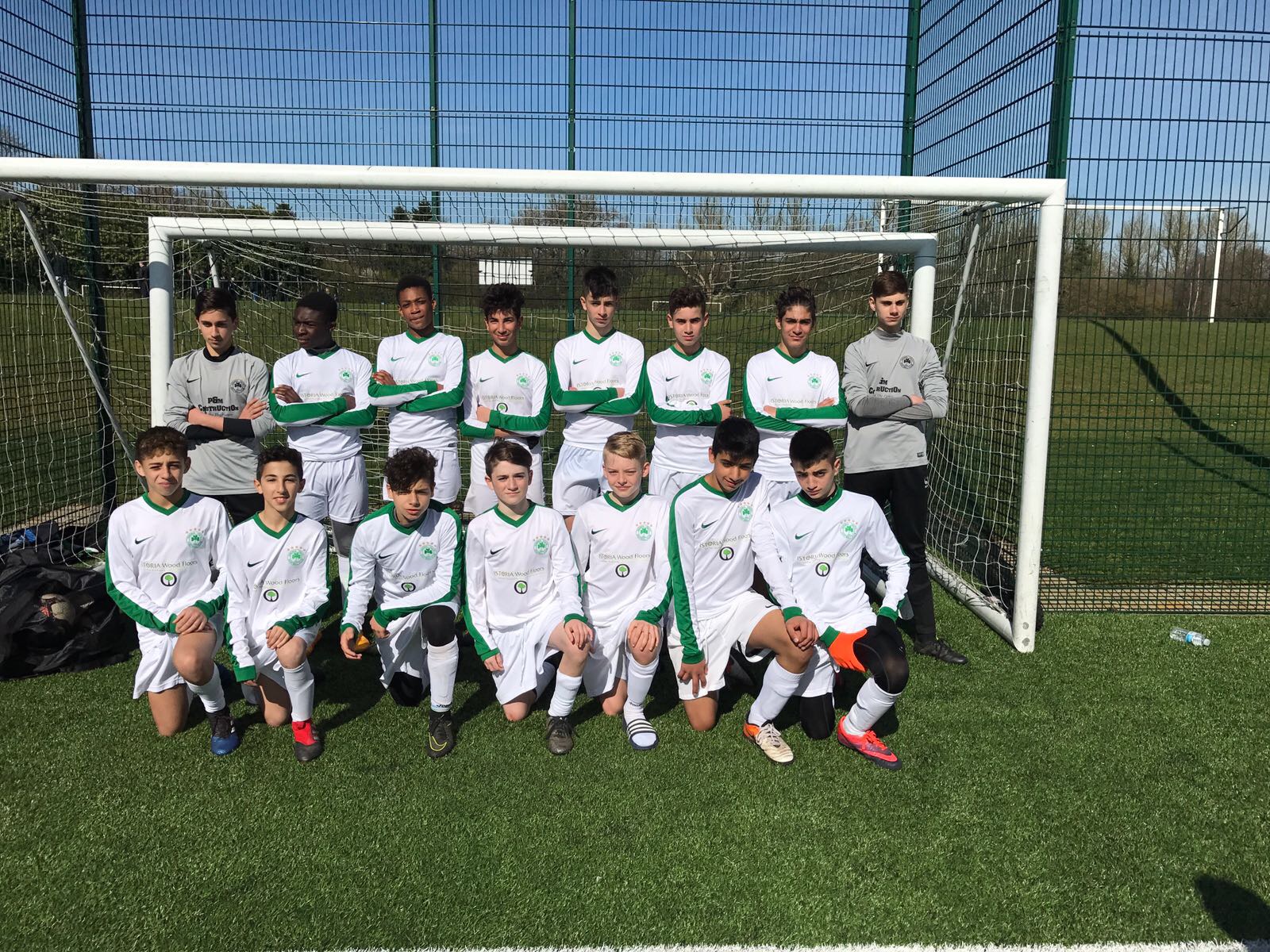 With only a few weeks left of the season, community football club Omonia Youth FC, sponsored by P&M Construction Ltd, had plenty to cheer last Sunday as many teams went goal crazy!

Jimmy and Chris Mousicos’ Under 12 Gold smashed eight goals past their opponents in an 8-1 win. Louis Georgiou scored a hat trick and was named Man of the Match. Other goals were scored by Kayden, Charlie, Mike and Mo. It was an outstandingly ruthless performance by the team and sets them up nicely for the last few games.

If eight goals is plenty, what about ten? That was the number scored by the Under 14 Green who won 10-0 away from home. The boys were simply stunning as they put on a masterclass of a performance against their fourth place opponents. The win has given Under 14 Green renewed hope in the race for the title with only three games left.

Andy Charalambous’ Under 14 Whites won 5-3 and are now through to the spring Cup Semi-final which will be played this Sunday.
Goal scorers were Luis Qamite, Harry D, Matheo, Stiven and Nik Zlatkov. Man of the Match was awarded to Matheo Sacrimento-Motoa. It was a great team performance by all the boys; good luck in the semi-final.
Having secured the divisional title last week, Michael Pieri’s Under 12 White came back down to earth with a bump as they lost 5-1 in the Spring Cup. GOalscorere was Vaugghan Fredereick. Man of the Match was Michael Nicola who handled the difficult pitch very well and was a constant threat on the left.

Harry Theodorou and George Sammoutis’ Under 12 Silver went down 3-0 to a very good opponent but both coaches were delighted with their team’s performance. The team fought hard and never gave up trying to turn the game around. Man of the Match was Aman
Chris Gregoriou’s Under 15 White finished second in their Spring Plate group thanks to a 3-0 win but didn’t do enough to go through. Three great goals were scored by Max Alan, George Kyriacou and Gregory Georgiou. Man of the Match was Stavros Konstandinitis was described as a rock in the heart the defence!

Panos Papa-Michael’s Under 13 Gold lost 3-2. Youssef Habibi and Andy Polycarpou were the scorers. Man of the Match was awarded to Andrew Christofi and George Constanti
Mike Petour and Kyri Haili’s Under 13 White lost the first leg of the Spring Cup Semi-final 6-2. PG and Louis Petrou were the scorers.

Finally, Omonia Youth FC, in association with NL Sports, will again be putting on their popular football camp during the school Easter break. For more details please see the poster elsewhere on this page, contact the club or NL Sports directly: NLSports@mail.com or 07515445435.
Should you feel enthused and want to know more about Omonia Youth FC, you can contact the club at omoniayouthfootballclub@hotmail.com, via the contact page on the club’s new website www.omoniayouthfc.com as well as following the club on twitter @OmoniaYouthFC and Instagram @omoniayouthfc1994.

A 5-3 win for the U14 White secured a place in the Spring Cup Semi-Final. Brilliant!