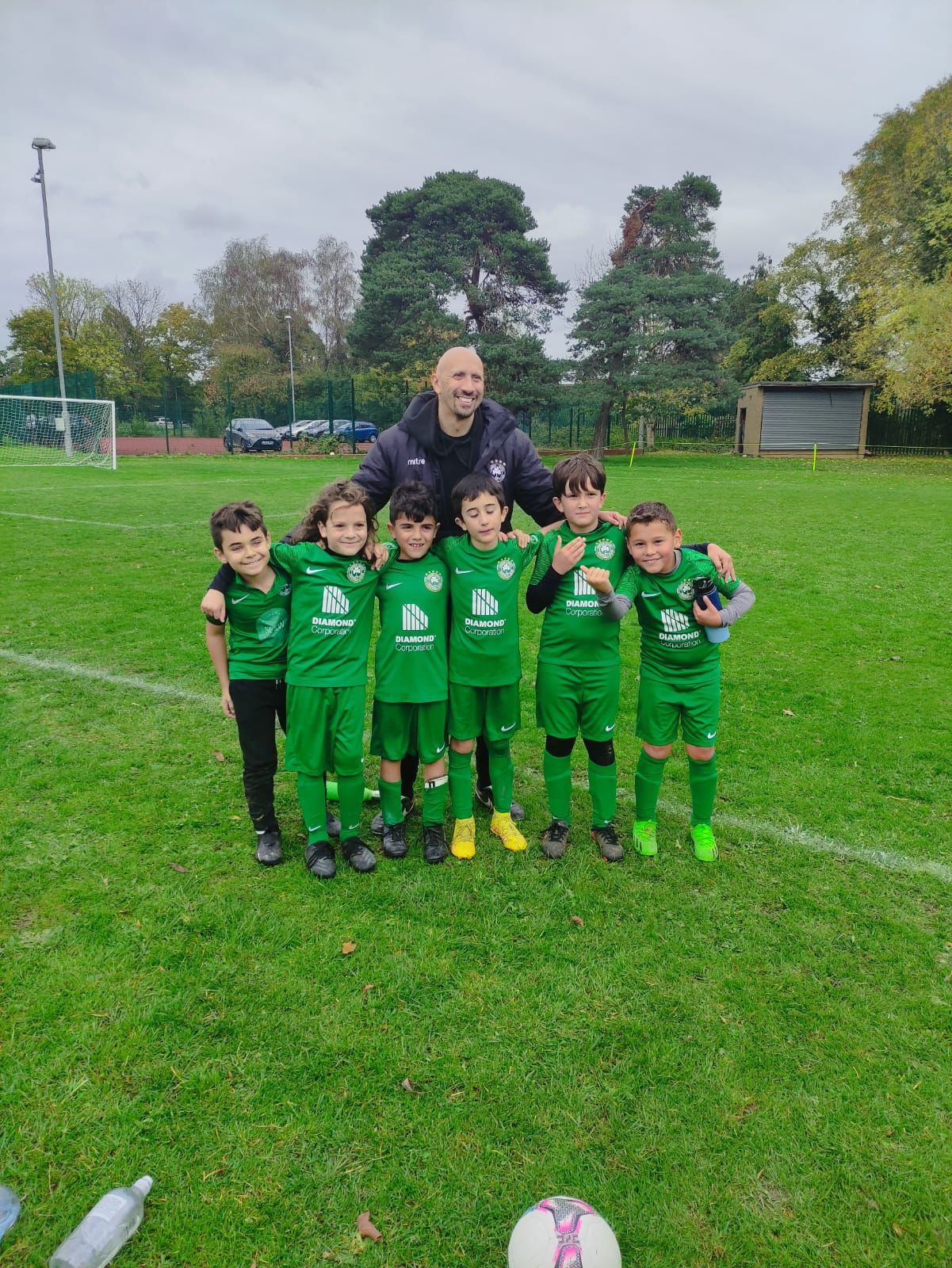 It was raining goals for many teams of community grassroots club Omonia Youth FC, sponsored by Diamond Corp. Ltd

Samuel Arthur and Sophia Karanicholas’ Under 15 Girls were 4-2 winners in their latest league match. In what was described as another tough game for the team, having only 11 players certainly made the task a little bit more difficult, but the girls made their coaches proud. They raced into a 2-0 lead and went into half time buoyant. Predictably, the opposition came back in the second half much improved and more competitive. They changed their strategy to using long balls over the top of the defence with a player with pace running onto it. The Under 15 Girls initially found this change in tactic challenging and conceded two goals. However a after a few changes counter this, the girls  slowly grew back into the game. Showing great resilience and team spirit they scored two more goals to take all three points in a fantastic team effort. Goals were scored by Gina (2), Mea B and Ella. Player of the Match was awarded to Ella and Hollie. Ella who put in a simply outstanding performance. There was no hesitation covering at centre back and organising the team from defence. Ella also produced some incredible technical skill and dribbling with the ball at speed which got her a well deserved goal when she moved to left wing. Meanwhile Hollie once again proved herself to be instrumental in defence by positioning herself well and playing with great composure. She has been missed in recent weeks

Michael Pieri and Harry Theodorou’s Under 18 White were dominant throughout and ran out 7-0 winners. They were simply quicker to the ball, stronger and positionally more disciplined than their opponents. The Under 18 White created many positive situations which led to seven goals, scored by six different players in a variety of way: headers, through balls, from set pieces and individual brilliance. What helped was having a squad of 16 on match day which allowed fresh legs to come on and rotation of positions too. Goals were scored by Victor Borisov (2), Godwin Obeng, Rohan Biswas, Andre Bachhus and Noel Allen. Man of the Match was tough to call but was awarded to Andre and Michael Pavlou. Andre was superb at fullback and then also when he moved to centre half. His fine performance was capped off with a goal. Michael controlled the midfield, kept the tempo of the game high in an all-round outstanding central midfield display.

In the Challenge Cup, Myri Demetriou and Kyri Eleftheriou’s Under 14 White were comfortable 6-0 winners. The boys, however got off to a very slow start, with their play lacking intensity with and without the ball. They never looked in trouble, but as the half wore on, there was a concern that they needed to raise their game. The game turned in their favour thanks to a great header from Junior to go into a deserved lead at half time. At the break the boys were reminded of the need to raise their level individually and collectively, which they did and they were duly rewarded. The second half was altogether different with the Under 14 White using a high press better, which saw them winning more of the ball in dangerous areas. Their passing was also sharper and there was better use of width and switching play. Some good work on the wing by Kleanthis saw his cross diverted into net, and then the floodgates opened, with four unstoppable, sensational strikes. All the boys played really well, especially in second half. Man of the Match was awarded to Zac in what was described as by far his best performance of the season; playing at right back, he won headers, showed strength in the tackle, and real composure on the ball, with some great passes out of defence. Goals were scored by Andre (2), Andrew, Junior, Kyri and an own goal.

Savva Zavros and David Poncia’s Under 18 Gold endured a tough match against a team that was a year older and suffered a 8-0 defeat. It is a difficult game to sum up as the Under 18 Gold did control the ball for large parts of the game but failed to really make anything happen in the final third. Their opponents were just a little bit more streetwise and the physical differences of an older team was obvious at times. Even so, it was a good learning opportunity for the team as they have to accept that there will be days like this this season. There were lots of positives for coaches who saw their team continue to play as they have coached.

Mary Tryphona and Christian Noble’s Under 12 Gold Tigers played the team at the top of the league and even though they were defeated 8-3, there were some really pleasing moments in the game. The girls have been working on their first touch and ball control and there was ample evidence that this coming through during the game.  All the girls were far more confident with their passing and dribbling too. Playing out from the back was far better with the girls finding positive positions on the pitch and making themselves available for the pass. Xenia was able to play some really good passes out from the back in the first half which helped to build our attacks. The girls had great final 10-15 minutes at the end of the game with Lara scoring twice and Ava-Rose scoring once. Girl of the Match was awarded to Alicja for a great all round midfield performance. Also for ‘that skill’ she produced. Special mention too to Gabriella for volunteering to go in goal in the second half and pulling off some great saves!

Jason Plysi and Tony Stylianides’ Under 12 White Lions played a friendly match and won 3-1. It was a thoroughly deserved first win of the season where the girls controlled the game for long periods, moving the ball around quickly and playing some neat passes through the opposition back line. All three goals were created by good movement and passing. A glorious curling shot from outside the box for our second. The Under 12 White Lions had plenty of chances to score more but conceded midway through the second half due to a lapse in concentration. They rounded off the match with a third late on and the girls were elated at the final whistle. Special mention to Kristina and Amelie for volunteering to play in goal during the second half. Goals were scored by Sofia, Alice and Isabella. Player of the match, as voted by players and presented by captain was Sofia.

Mike Koumi, Adam Broomfield and Panny Panayiotou’s Under 15 White were in Challenge Cup action and were taken all the way to penalties after drawing 4-4 after extra time. The Under 15 White won through 5-4 on penalties. The boys were very complacent at the start against a team in a lower division and were punished early. They then found their form and dominated the half with some superb flowing football and went into the break 2-1 up. They continued dominating the game and scored again before conceding against run of play. They went 4-2 up and had four clear cut chances to seal the game but injuries hindered the end of the game and the opposition scored two late goals. Nothing much happened in extra time. Both teams missed one penalty in the shoot-out to take the game to sudden death and George B made a superb save to send them through to the next round. Goals were scored by Georgie K (2), Nick and Chris. Man of the Match was awarded to Georgie K for superb and hard working forward play as he terrorised the opposition defence all game.

Club Chairman Myri Demetriou had the pleasure of taking the Under 9 Green in the absence of their coaches and he had this to say: “I absolutely loved it. Even though we only had six players and were playing against 7, I set a challenge to the team to show resilience and be brave on the ball and they did that and more. It was a fantastic effort from every single one of them, playing with a smile on their faces and enjoying their football.”

George Sammoutis and his Under 11 Silver integrated some new signings and saw improvement through the match. The game ended with smiles on faces which is always great to see.

Michael Michael and Chris Komodromou’s Under 10 White gave a great team performance today. Even though they had four players away and no substitutions, the players that were there dug in and played brilliantly. It was pleasing to see what they trained for during was taken into the game with both wide midfielders scoring. 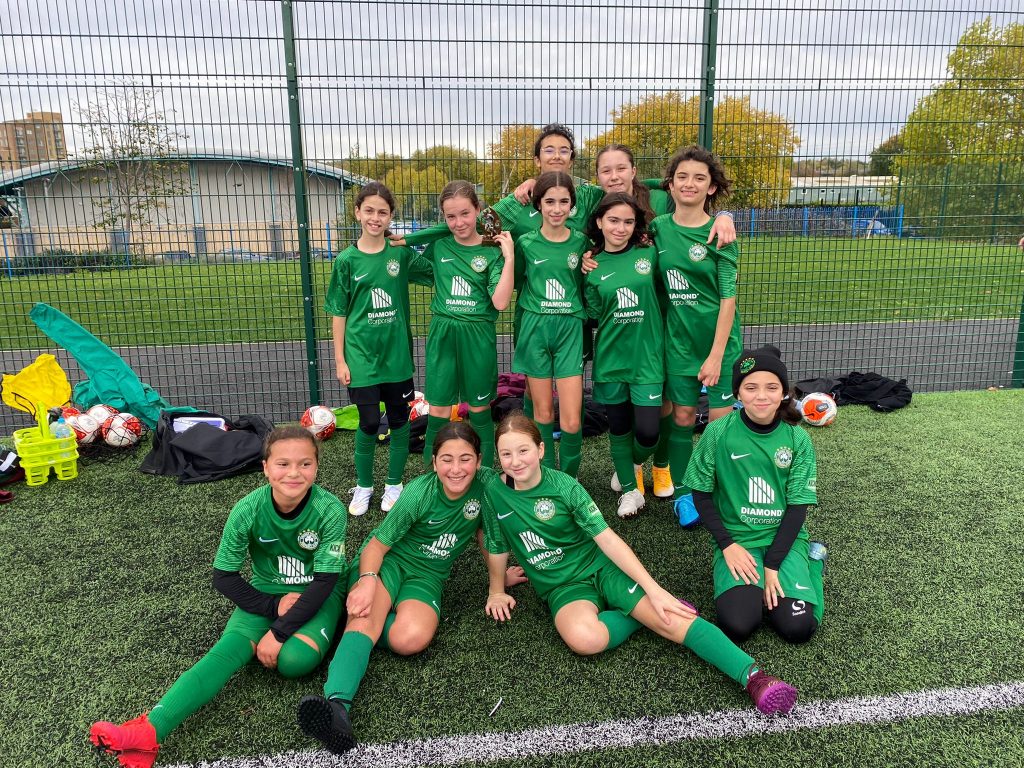