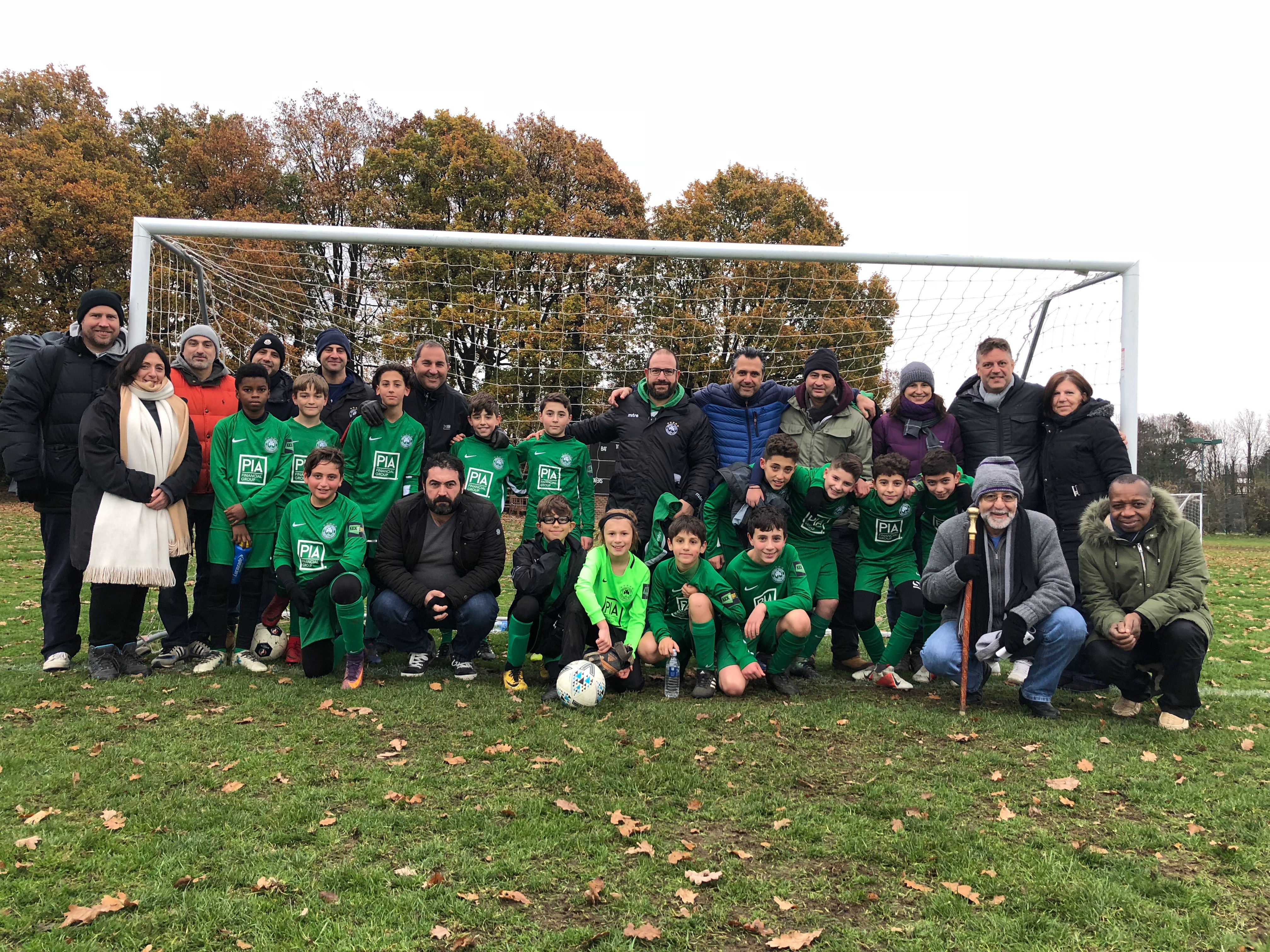 There were plenty of goals and plenty of positive action for the many teams of community football club Omonia Youth FC, sponsored by PIA Financial Group and Philip Ross Solicitors.

In the league, of the performances of the week saw Panos Papa-Michael, Andy Michael and Elia Constanti’s under 15 Gold comfortably return to winning ways with a comprehensive 7-1 win in the Challenge Cup. It was a solid and dominant display with George Constanti (4), Andrew Christofi (2) and Tom Gibb getting the goals and Andrew named Man of the Match.

Michael Pieri’s Under 14 White were also comfortable winners, going away and returning with three valuable league points thanks to a 5-0 win. In a match that was played in a positive spirit, it superior finishing saw the Under 14 White eventually run away with the game. Itiel Omadjela (2), Noel Allen, Sammi Hristov and Alfonso Rosselli got the goals with Santino Raia being named Man of the Match.

Mario Yaisemi’s Under 12 Gold were also comfortable winners as they romped to a 8-3 win in their league encounter. There were six different goalscorers with Dhiren (2), Logan (2), Demos, Arda, Jayden and Mete on the scoresheet with Logan named Man of the Match.

Kyri Georgiou’s Under 18 Green are back to winning ways and also scored eight goals, thrashing their opposition 8-1 in what was a powerful and disciplined performance. Goals from Antonio Panayiotou (2), Michael Speers (2), Jamal Payne, Dimitri Oikonomou, Leon Brotherton, and Andrew Kirtsides. Antonio Panayiotou was named Man of the Match.

By contrast, Chris Gregoriou’s Under 18 Green narrowly lost 1-0 away and in truth given they started the match with only 8 players it was a good effort. In the end the played the match with 10 players but could not score.  Man of the Match was Chris Yiannitsarou.

Nick Georgiou’s Under 16 White were also defeated as they lost their home league match 2-1. Peter Michael was the scorer with Antony Gregori named Man of the Match.

Chris and Jimmy Mousicos’ Under 14 Gold drew 1-1 with Kayden Trey Virgo getting their goal and Freddie Morrall named Man of the Match.

Harry Theodorou and George Sammoutis’ Under 14 Silver maintained their good form with a 3-1 win. Some fantastic build up play did not lead to the goals their dominance deserved with the opposition goalkeeper also having an outstanding game not helping either. Goals from Gbenga, Viktor and Oscar. Players of the Match were Marco and Viktor.

Mario Demetriou, Johnny Othona and Elvis Leon’s Under 12 Green narrowly won an exciting match 3-2 in a game where both teams were playing open, attacking football. Anthony (2) and Alex got the goals with Stefan named Man of the Match as his goalkeeping was pivotal in the team winning.

Savva Zavros and Andy Poncia’s Under 13 Gold conceded an early goal but fought gamely for the whole match and the team’s determination saw them overturn the deficit to win 2-1. Ky Zavros and Max Albrecht got the goals with Sasha Shalos earning the Man of the Match accolade.

Finally Alex Christofi and Serkan Nihat’s Under 12 White drew 1-1 with the score not indicative of a very good performance. The team were dominant in possession and very pleasing on the eye with many excellent individual performances. Goal scorer was Michael Charalambous with Constantino Antoniou named Man of the Match. 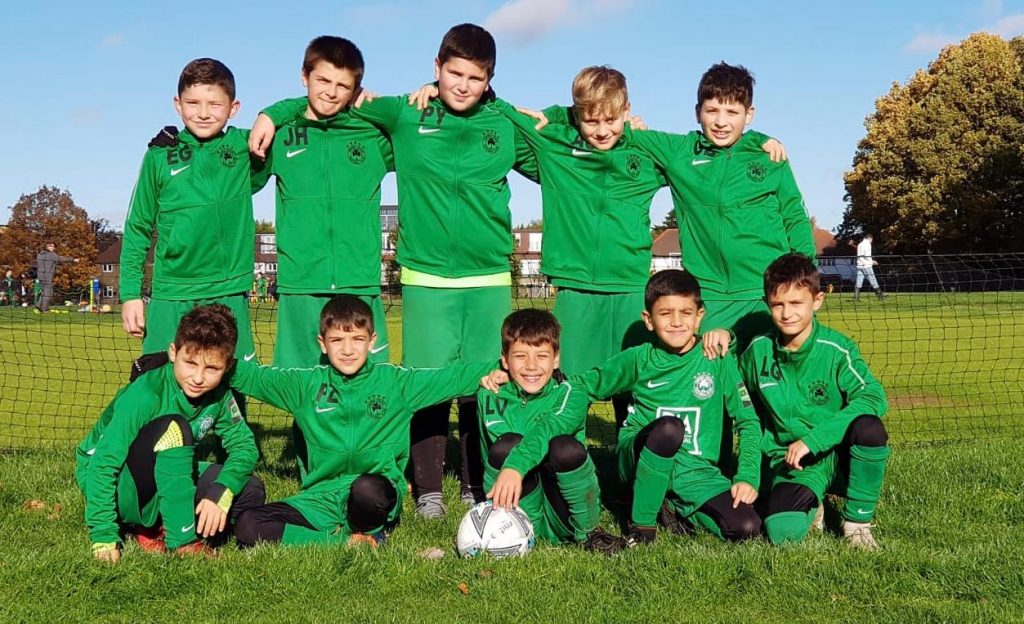 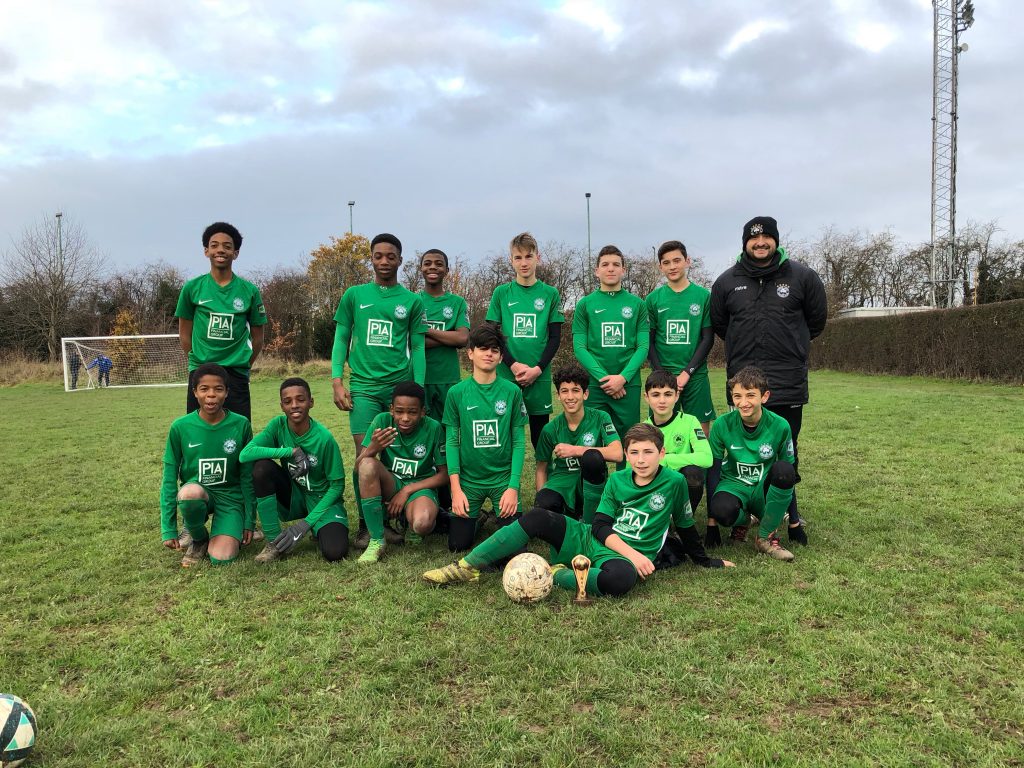