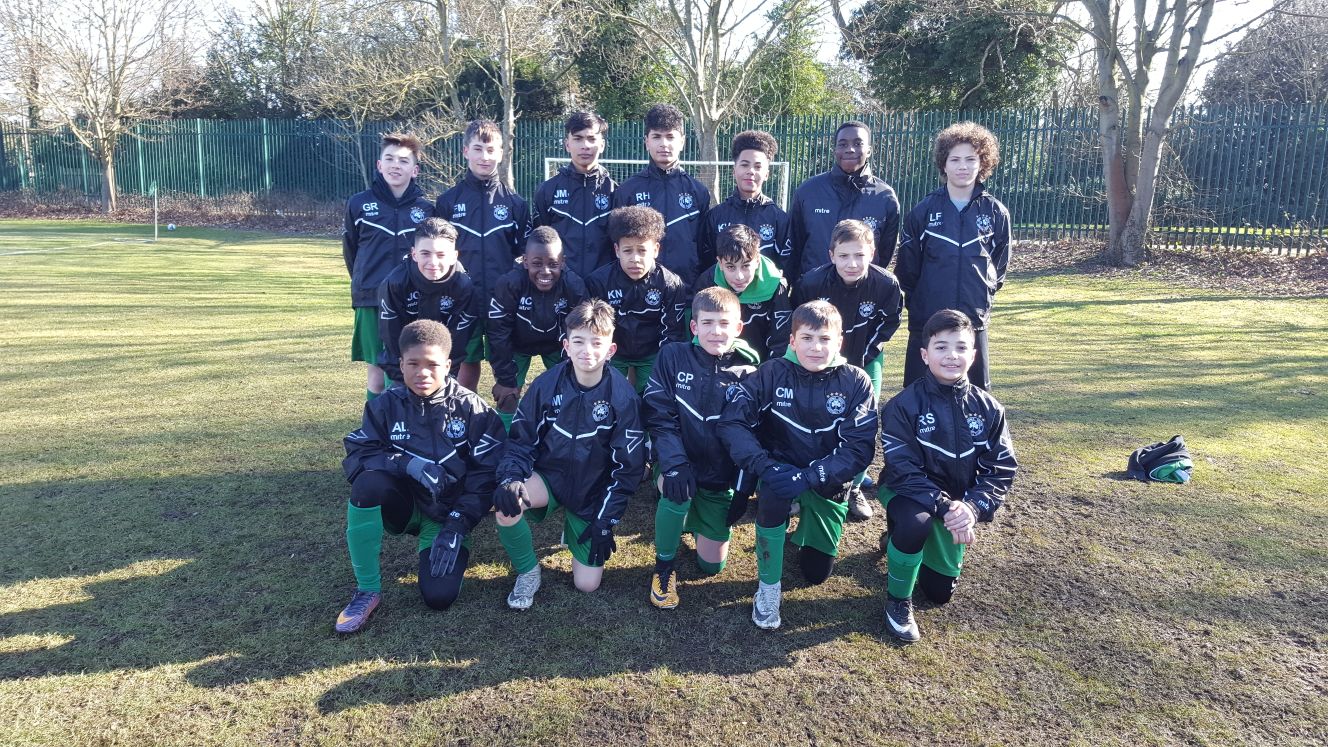 Plenty of goals and plenty of excellent performances for many of the teams from community football club Omonia Youth FC, sponsored by P&M Construction UK Ltd.

Jimmy and Chris Mousicos Under 13 Gold were superb as they held the unbeaten leaders of the division to a 4-4 draw. Having gone 3-0 up in the first half a late goal by the opposition very deep into injury time gave them a lifeline. In the second half the Under 13 Gold concdeded three goals and trailed 4-3 before pulling it back to 4-4 after having. Goals were scored by Kayden Trey Virgo (2), Louis Georgiou and Rayen Harboubi. Man of the Match was Immanuel Akinboyewa

Harry Theodorou and George Samoutis’ Under 13 Silver won 2-1 away to keep up the pressure at the top of their division. Joe Tullis and Oscar Hickey with the goals. Man of the Match was Mehmet Buyuk.

Nick Lingis and Mario Christoforou’s Under 13 Green also won, winning 2-0 away with Georgios Christoforou and Nick Papasavva getting the goals. Adam Bourahla was named Man of the Match. Nick was a proud coach as he said it was “…a great display from the boys.”

Michael Pieri’s Under 13 White ensured that none of the Under 13 were defeated but the Whites could only draw 1-1. In a hard fought and match, the under 13 White had to come from behind after conceding a sloppy opener. Michael Nicola got the goal. There were several stand out performances; Stef Pieri in goal made a couple of crucial stops, Emmanuel Onouha-Nzeh in midfield was dazzling but Man of the Match was given to Kyle Ellis.

In the Spring Shield, Mario Stavrou and Tony Kromides Under 12 White won 4-1 with the boys playing some good football. Goals from Louis (2), Alex and Valandi. Man of the Match was awarded to Shakeem.

Contrasting fortunes for the Under 16s this week as Andy Kyriacou and Chris Gregoriou’s Under 16 White suffered a heavy defeat losing a one-sided encounter 8-0. Man of the Match was Stavros Konstantinidis who kept going until the very end along with Gregory who didn’t stop running!

There were plenty of goals in the other Under 16 match as Kyri Georgiou’s Under 16 Green won 7-2. A very dominant performance which should have yielded more goals. What was pleasing was that the goals were shared among six different goal scorers: Solos (2), Yianni, Alex D, Max, Jamal, Costa. Denis was named Man of the Match.

In the Mid Herts Premier League the Under 15 Green won 7-2 but the score line was not true reflection of the game. Their opposition are fourth in the table and with games and with the Under 15 Green starting sluggishly, it was no surprise they found themselves a goal down. George Stasi equalised, converting a cross after a goalmouth scramble as the team went into the half time break all square.

The second half began with the opposition on the front foot and they deservedly took the lead minutes into the second half. With only half an hour, the Under 15 Green were trailing but this was the wake up call they needed and the team dominated the final 30 minutes, hitting the back of the net six times! The pick of the goals coming from Angelo Michael. A very pleasing end to the match as the team prepare for the Mid Herts Cup Semi Final next week.

Man of the Match was Nehizena Erhabor who came on when the team was 2-1 down and made all the difference scoring two goals and making another one. The scorers were: Tobenna Abana (3), Nehizena Erhabor, Angelo Michael and George Stasi

Nick Georgiou and Kenny Gregori’s Under 15 White couldn’t quite take the last step into the final as they lost their Spring Shield Cup semi-final 2-1. The dominated most of the game leading in the first half by 1-0 however silly defensive errors allowed the opposition to score 3 goals and get on top of them in the second half. Manager Nick was a proud coach nonetheless: “The boys gave their all today and got a goal back in the last five minutes and even had a chance to get the equaliser in the last minute of the game which would have sent us into extra time. It wasn’t to be, but I cannot fault the attitude and effort and I am so proud of their performance. Ayrton was got both goals and was also named Man of the Match.