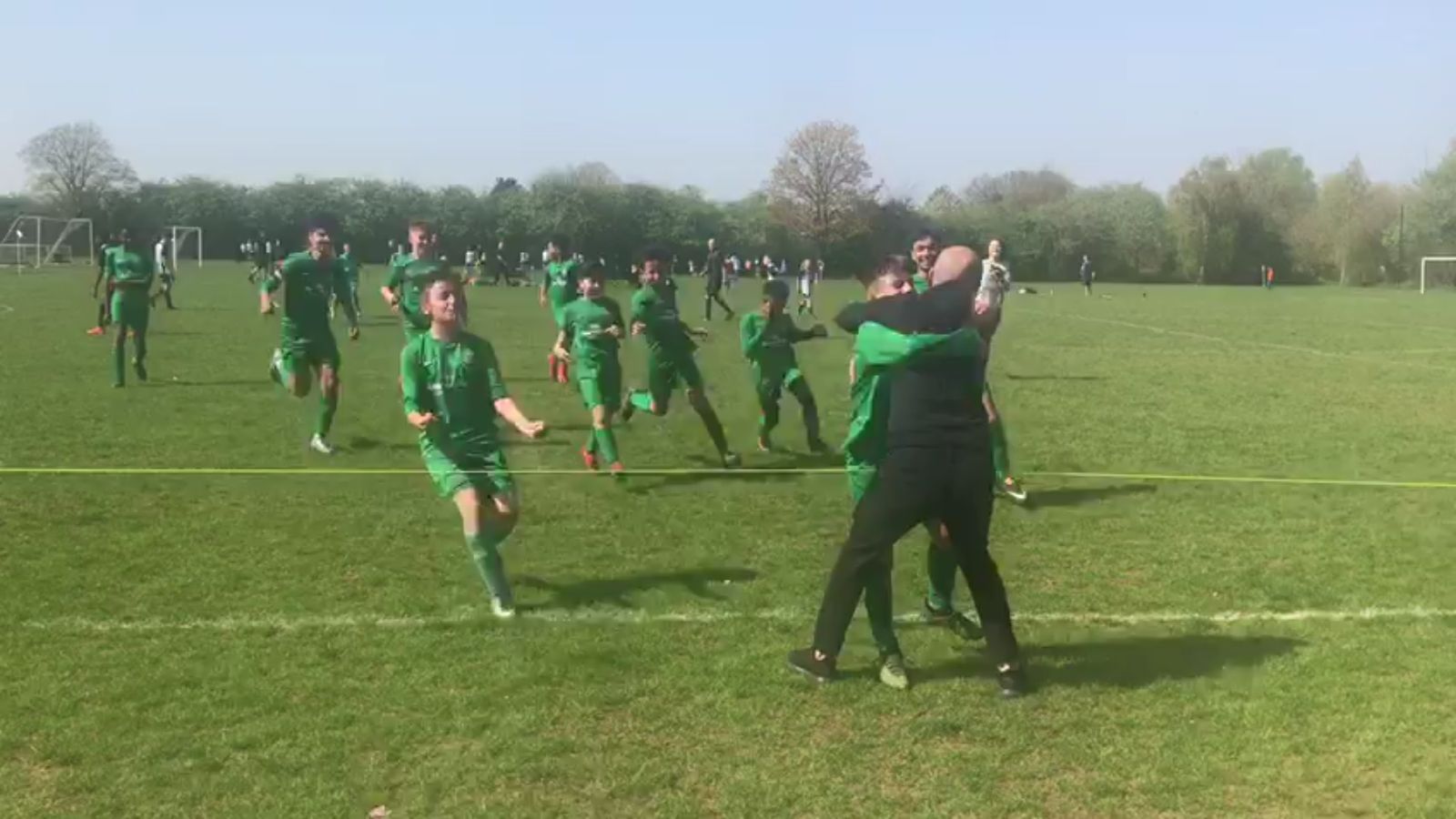 As the season draws to a close, players, coaches and parents enjoyed a festival of goals as many teams from Omonia Youth FC scored plenty in their quest for end of season honours.

In an early morning kick off, Michael Pieri’s Under 13 White played their best football for a long time. They created lots of chances and went into a deserved 2-0 lead. Poor decision making in the final minute of the first half gifted the opposition a goal and then a dubious penalty awarded saw the opposition equalise. The Under 13 White battle on and kept playing their football as they hit the woodwork twice and had other chances to score but couldn’t get the winning goal their football deserved. A positive performance bodes well for the future. Alfonso and Emmanuel got the goals with Alfonso awarded the Man of the Match for an outstanding centre forward display.

Chris and Jimmy Mousicos’ under 13 Gold won their away game 2-1 thanks to a last minute winner. Goals from Jason Kasa and Cem Poyraz. Man of the Match was Rayen Harboubi

Nick Zimaras’ Under 18 White won a nine goal thriller by the odd goal as the boys played some great football after going 1-0 down to lead 3-1 at half time. A further two goals saw them go 5-1 up but switched off to allow the opposition to make it a tighter finish then necessary. Goals from Rosley, Aaron, Toye, Charlie and George. Man of the Match was George Charalambous

Kenny Gregori and Nick Georgiou’s Under 15 White won at home 4-1. It was a great performance by all the boys and a well deserved win against a strong opponent. With players missing manager Nick and Kenny had to play some boys in new positions and they did a great job and got the result with some spectacular goals. There were some  proud coaches and parents at the final whistle.

Goals from Peter Michael (3) and Stefanos Kizas and thanks to his hat trick , Peter was named Man of the Match.

Omi Omirou’s Under 12 Green completely dominated their opponents as they won 9-3. Jamal M scored six goals and was also rightly named Man of the Match. Other goals were scored by Leo I (2) and Alex K.

In the Mid Herts Premier League, the Under 15 Green had to play a ‘double header’ in their quest for the league title. Thankfully the boys did their job and won both matches; the first one 5-0 and the second one 4-0.

In the first match, the under 15 Green started the game well taking an early lead with a fine goal from Michael Dionisiou. The opposition goalkeeper cleared the ball from the edge of his box fell but the ball fell to Michael on the half way line who chipped the goalkeeper to make it 1-0. This was followed by a fine goal from 20 yards by Clinton Beokojie. A further two goals by Tobenna Abana to take them 4-0 up at half time.  George Stasi scored a fine individual goal to complete the scoring. In the second game the scorers were Tobenna Abana, Michael Kleopa scoring a great header, Luca Cardines and George Stasi. Man of the Match for game one was Michael Dionisiou while Lawrence Young got the award for the second game.

It was a well-earned and important six points and the team now go on to their first of two cup finals next week high on confidence. Well done and good luck.

Mario Stavrou and Tony Kromides Under 12 White won their match 2-1 thanks to goals from Mickey and Louis. Man of the Match was Dil.

In the days big Under 16 Omonia Derby Under, Kyri Georgiou’s Under 16 Green came out on top against Chris Gregoriou’s under 16 White thanks to a stupendous free kick late in the game. In a passionate and competitive match the Greens won 2-1 with both managers giving credit to each other’s teams, coaching staff and supporters.

Savvas Zavros and David Poncia’s Under 12 Gold lost 5-1 to a tough opponent. Ky Zavros scored the team’s goals was also named Man of the Match.

Michael Petrou and Kyri Haili’s Under 14 White won 4-2 thanks to goals from Haoxin (2),, Alex Theoharous and Adam Curran. Goalkeeper Luca Coles was named Man of the Match.

The performance and result of the day came from George Sammoutis and Harry Theodorou’s Under 13 Silver who having won 9-2 are still on course for the didivsin title and an unbeaten season. Goals from Rohan (3), Viktor (3), Lucien, Joe and Ben sealed a stunning win. Man of the Match was Viktor.

Finally the club’s Under team who play their matches in the London Youth Premier League won their match 6-4 in what was a very open and competitive game. Goals were scored by Andy Polycarpou (2), Fabian Zylfi, George Constanti, Youseff Habibbi and Lewis. Steven was named Man of the Match. 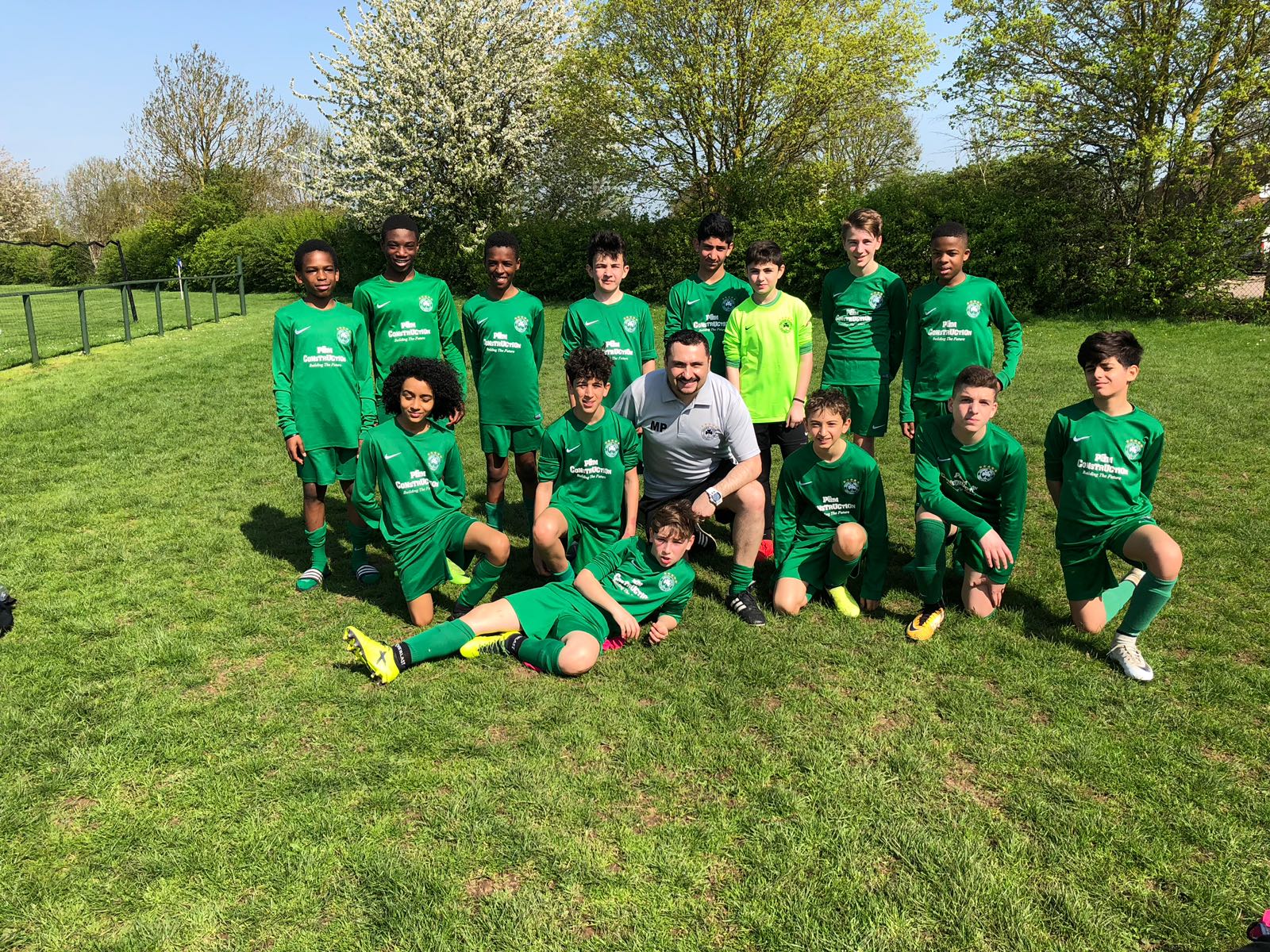