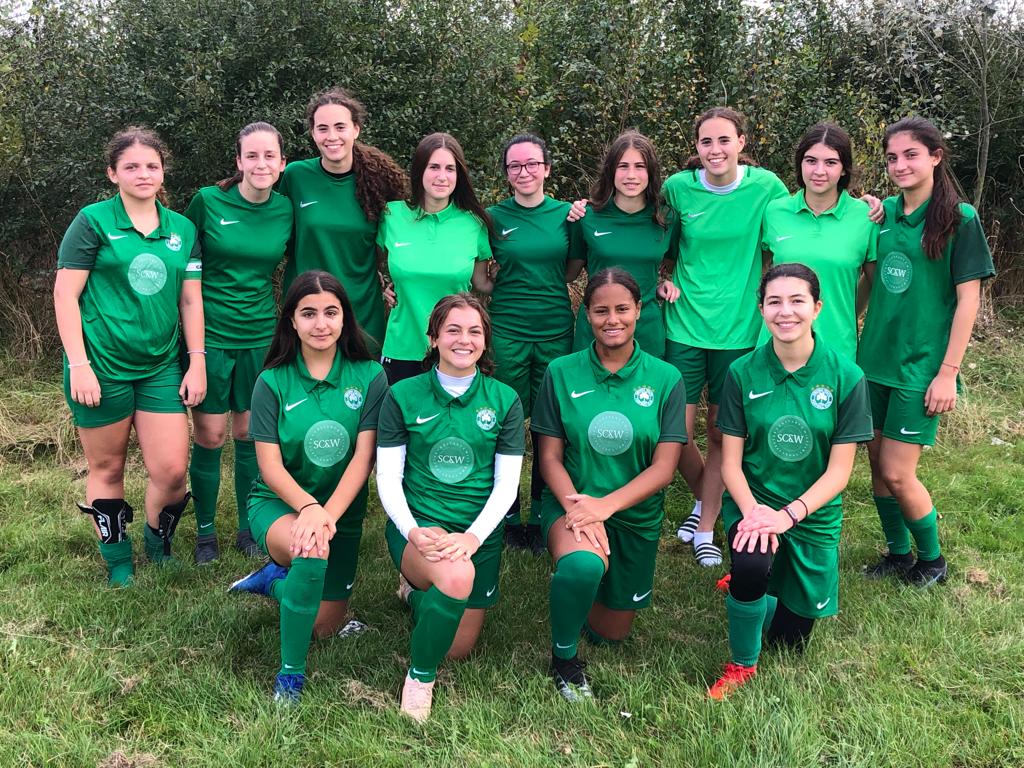 Five seasons ago, there were no girls’ teams at community grassroots club Omonia Youth FC, sponsored by Spector, Constant & Williams, Vas Barbers and V Jewellers. Since then, there has been a desire, a drive and ambition to provide the girls of the community with a football club where they can develop their love of the game. As it currently stands, Omonia Youth FC boasts six girls teams: two at Under 11, two at Under 12, an Under 14 team and an Under 18 team. There is also training for Under 8 girls. In all, there are over 70 girls training and playing football every week with the club planning to introduce girl’s teams next season. It really is a remarkable story and emphasises the club’s ‘football for all’ ethos.

This week the club’s two Under 11 teams played and again gave a great account of themselves. Coach Mary Tryphona commented how over the past two weeks the girls have shown battling qualities, how they are developing nicely and are listening to their coaches. On Sunday, the Under 11 Tigers won their first game with Dora (2) and Melina (3) getting the goals while the Under 11 Lions drew their game with goals from Zoe and Ria (2). Mary thanked George Agrotis and Zeno Vryonides for helping with training last week and to Jason Plysi for taking the team’s during Sunday’s match day.

George Pantelides’ Under 18 girls, the trailblazing team who started the girl’s football evolution at the club, enjoyed a competitive match on Sunday, narrowly losing a tight affair 3-2. The away trip to Canvey Island didn’t deter the girls (nor the vocal parent support) in an evenly fought game where the Under 18 Girls did well to come back from 1-0 down and 2-1 down to equalise twice, thanks to lovely finishes from Nehir (assist from Theo) and Emilia, after a nice slotted pass from Abi.

After the amtch, George said: “There were so many positives to take from the performance and the girls are all still gelling after the arrival of new players Gabriella, Theo, Shira and Emma all making their debuts in this match.”

Player of the Match was awarded to Lucia, who gave a mature and accomplished defensive display against the opponents’ best player. A close second was Emilia who gave a great performance as goalkeeper and then then scored with her first touch as an outfield player, brilliant!

Sophia Karanicholas and Samuel Arthur’s Under 14 Girls produced another outstanding performance as they came away with a comprehensive 5-0 win against the same who beat them 4-2 last season.

The team’s focus for the past two weeks has been on defending as a team, defending from the front and how to pressure the opposition as a team. This focus  certainly paid dividends on match day. Both Sophia and Samuel are hugely impressed with how the girls enforced what they practiced in the game and completely dominated the opposition with a high press game. After the match, Sophia was full of praise for the girls as she said: “…this is the best team performance we’ve seen so far from the girls.” The goals were scored by Shekhinah (3), Mea and Gina with Player of the Match dedicated to the whole team for a wonderful team effort.

Elsewhere, Michael Pieri’s Under 18 White followed up on their win last week with an excellent performance, winning 3-1 away. In what was described as a complete performance, a dominant midfield display created many opportunities and chances. One lapse in concentration gifted the opposition their goal but a superb hat-trick from Erdal won the points. What was pleasing was that all three goals were different in creation and execution with the third one a lovely dink over the oncoming goalkeeper which was so good to see. Every single player was worthy of praise as every single player contributed to the win. Michael Pavlou was outstanding in a central midfield role and shared the Man of the Match award with Erdal.

Kerem Denizer and Paul Pavlou’s Under 12 Green suffered a loss but even in defeat there were positives to take from the match. The boys started well with good passing to one another trying to move up the pitch and this continued in the second half with the boys again trusting each other and passing, creating some good play and most importantly kept their heads high. Goalkeeper was praised for some fantastic saves and positive attitude.

Lovely interplay between H, George and Jam led to one first goal and then came the second from Jam, Man of the Match was Jem with Hermann Steiner given Most Contributor prize.

Robert Protei and George Constantinou’s Under 14 Gold went goal crazy as they scored ten unanswered goals in their league match to go top of the division. Manager George was pleased with the level of control the team showed and the maturity in their play.  They were also solid in defence and did everything that they could to keep the clean sheet. The team have working very hard to get themselves back to the level they were and performances like this show it is all coming together. Man of the Match was awarded to Pablo who scored nine goals. Antony got the other goal.

Mike Koumi, Pany Panayiotou and Adam Broomfeld’s Under 14 White overcame adversity to draw a tough match 3-3. Having to deal with their regular goalkeeper and other players unavailable, the boys went out and made their coaches proud. Having created two gilt-edge chances early on, the Under 14 White went behind after the referee overruled the assistant referee flagging for offside. The boys battled back and were rewarded with a well-deserved equaliser. The second half continued like the first, with flowing football and chances created by the Under 14 White before going ahead form a corner. The opposition pegged them back before going behind but the resilience and determination showed by the boys was rewarded with a well-deserved equaliser for 3-3 with only with three minutes to go. Goals were scored by Georgie, Thomas and through an own goal. The whole team was named as Man of the Match.

Savva Zavros and David Poncia’s Under 16 Gold again allowed the opposition to grab a foothold in the game early on and it cost the, as they were beaten 5-2. They found themselves 3-0 down in under 11 minutes from pure lack of concentration and they went into the half time break 4-0 down. The second half though was a different story the Under 16 Gold were much, much better as they showed more energy, more fight and were better on and off the ball. They went on the win the half 2-1 which was testament to their attitude as they could so easily rolled over in the second half. 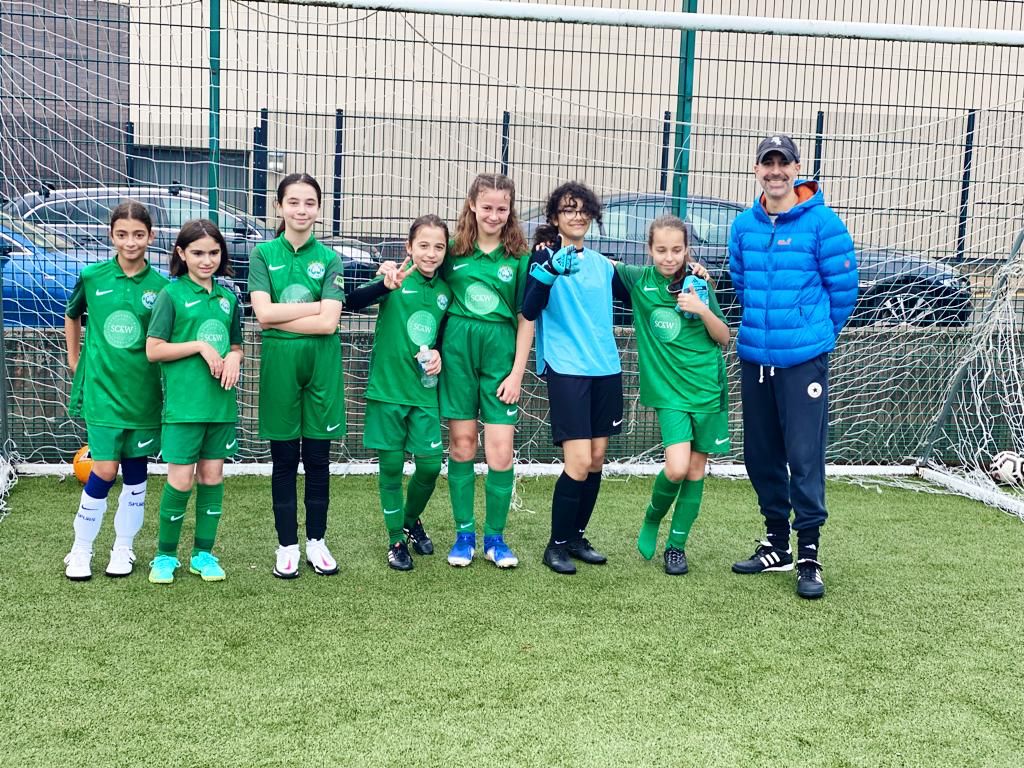