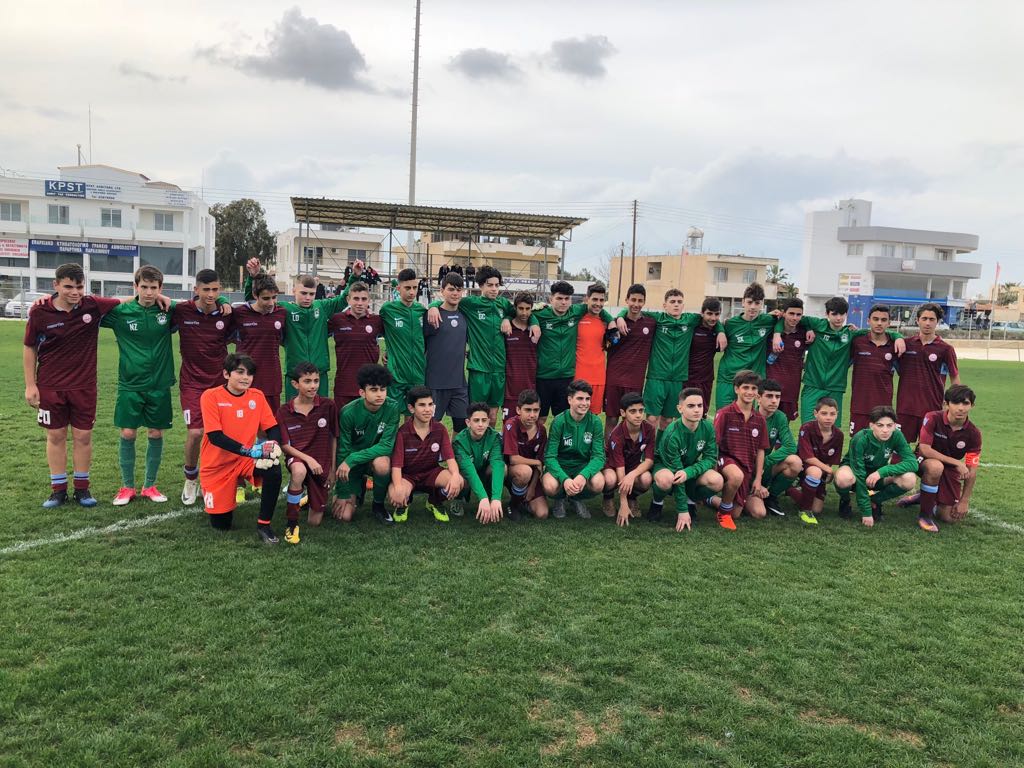 Fans of community football club Omonia Youth FC, sponsored by P&M Construction UK Limited, have enjoyed regular updates via various social media channels giving up to date news on the progress of the Under 15 team which is touring Cyprus over the half term break.

Having arrive last Saturday the squad and the coaching staff are staying in the same hotel as the Cyprus U14 squad as well as the Austrian U15 & U16 national team.

The team trained last Sunday to acclimatise to their new surroundings and conditions and played their first match on Monday against Paralimni. The Under 15’s got their tour off to the perfect start as they beat a very good Paralimni side 5-0.

The goals were scored by Youssef Habibi (2), George Constanti, Andy Polycarpou and Fabian Zilfi. Not to be outdone by the attacking prowess displayed by the Omonia boys, goalkeeper Rico Charalambous showed his quality too with a fine penalty save.

The standard of football was very good against an impressive Paralimni team whose game is based on possession and playing the ball to feet. They are a technically a very good side who are unfortunately not helped by playing on a difficult, bobbly surface.

Overall, the Omonia Under 15s gave a superb team performance exhibiting their all-round strengths with clinical finishing giving them the win. The display and scoring five good goals will surely give the Omonia Youth Under 15 squad a confidence boost going into the games against AEK, Omonia and Salamina.

The club wishes the team well and looks forward to the next leg of the tour. Well done to all.