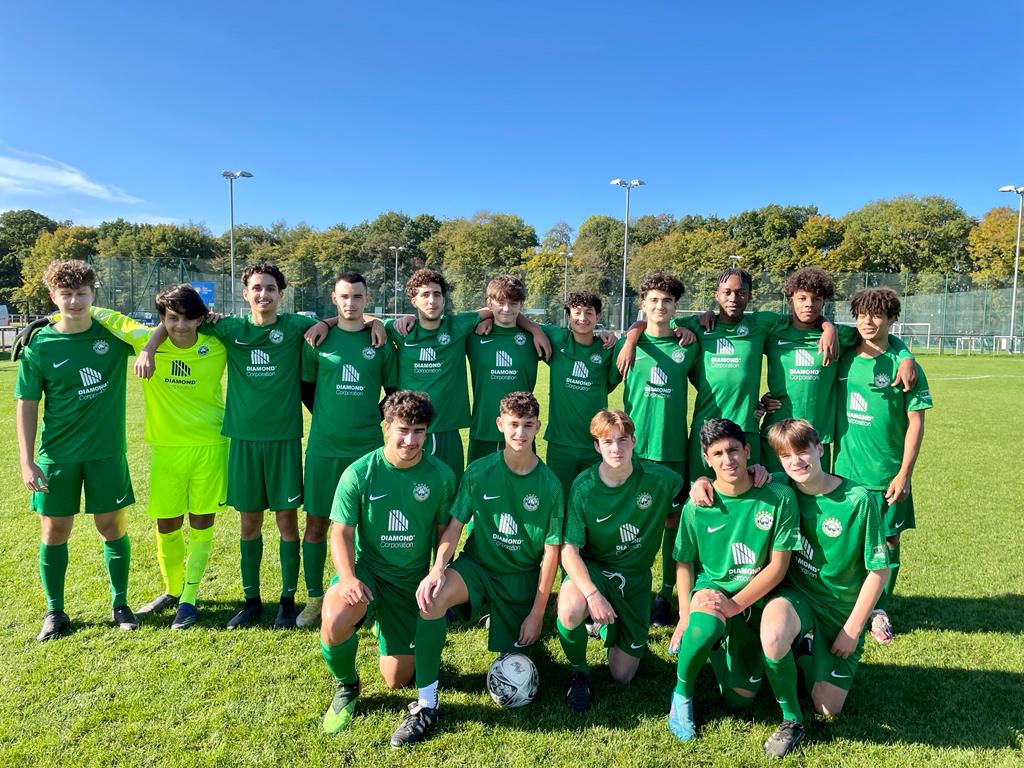 Sophia Karanicholas and Samuel Arthur’s Under 15 Girls continued their great start to the season with a 2-0 win away. However, it was not all plain sailing as it was one of those games that required a lot of determination and perseverance from the girls, and they rose to the challenge posed. In an evenly matched contest where the opposition showed great defensive prowess, the challenge for the Under 15 Girls was to break them down. With the match goalless at the break, half time allowed the girls to regroup and reflect. They identified  the need to play the ball forward far more quickly and to use the wings to address the congestion in the middle. The second half saw the girls press their opponents and they didn’t take their foot of the gas and finally got the reward they deserved. Well done girls! Goalscorers were Shekhinah and Mia A. Players of the Match were Temi Mea B. Temi was  outstanding in goal and gave a brave performance in defence too. Excellent at supporting the wingers moving forward while Mea B was a threat going forward with the opposition unable to handle her quick feet! At one point she successfully took on five players.

David Poncia and Savva Zavros’ Under 18 Gold won their Cup Tie 2-0 and were in full control for large parts of the match. Two goals of real quality, both from long range, sealed the win. 14 of the 16 man squad played in at least two positions across the pitch. They have had a very good start to this season and it’s all in their hands to take this forward. Goals from

Leo and Man of the Match Nathan

Michael Pieri and Harry Theodorou’s Under 18 White were away in the County Cup and won through to the next round thanks to a 4-1 score line. Even though the Under 18 White went ahead thanks to an own goal, it was a an awful first half which was scrappy and bereft of any quality. The message at half time for the Under 18 White was simple: to up the intensity, pass and move, and intelligently use the available space. It was a far, far better second half and some of the football was pleasing to watch. The Under 18 White scored three excellent goals including an absolute screamer from Andreas Fereos. The opposition scored late on but the Under 18 White saw the game out to take their place in the next round of the County Cup. The other goals were scored by Viktor Borisov and Billy Annett-Cook. Stefanos Pieri was named Man of the Match thanks to a string of brilliant saves including three one-on-ones.

Vas Demetri and Bekin Gashi’s U14 Green came up against Myri Demetriou and Kyri Eleftheriou’s Under 14 White in the latest Omonia Youth Derby. Two progressive teams who will be fighting it out for the league squared off last and it was the Under 14 Green whpo came out on top, thanks to three unanswered goals. The game started off well in Green’s favour who were winning in every department on the pitch while the Under 14 White looked out of shape and found it hard to settle into the game. As the game went on, and after a few chances on goal the Under 14 Green took the lead thanks to a goal by Drillon. They were now starting to dominate and a lovely strike from outside the box from Rocco doubled their lead. The Under 14 White started to grow into the game but missed some clear opportunities to halve the deficit. A well-worked team goal settled the match, Sotiris the scorer. Man of the Match for the Under 14 Green was Luka S who as a midfielder, got stuck in, created chances but also made important interceptions. A great all round display.

Chris Gregoriou’s Men’s Team, who are sponsored by Crown Mobile Tyres and CMB Partners went goal crazy on Sunday as they plundered eight against their opposition in their latest league match. In what was described as a ‘thunderous performance with some excellent performances’ the Men’s Team continued their good start to the season and their record of scoring in every game so far. Special Mention to Michael Mina, who is a current Under 18 player who stepped up for his Men’s Team debut and put in strong performance in central midfield. The final score was 8-2 with goals coming from Daniel Ndoj (2), Chris Constantinou (2) Demitris Christodoulou, Demitris Michalaris, Emmanuel Ejembi and Armen Gashi. Man of the Match was awarded to Demi Ponnou who rolled back the years with style as he controlled and bossed the midfield.

Finally, a huge congratulations to the New Salamis Under 18 team who have qualified for the First Round proper of the FA Youth cup after a stunning comeback last Friday to win on penalties. 18 of the squad are former Omonia Youth FC players. Well done to coaches Nick Lingis and Mario Christoforou. They will play Colchester United next. 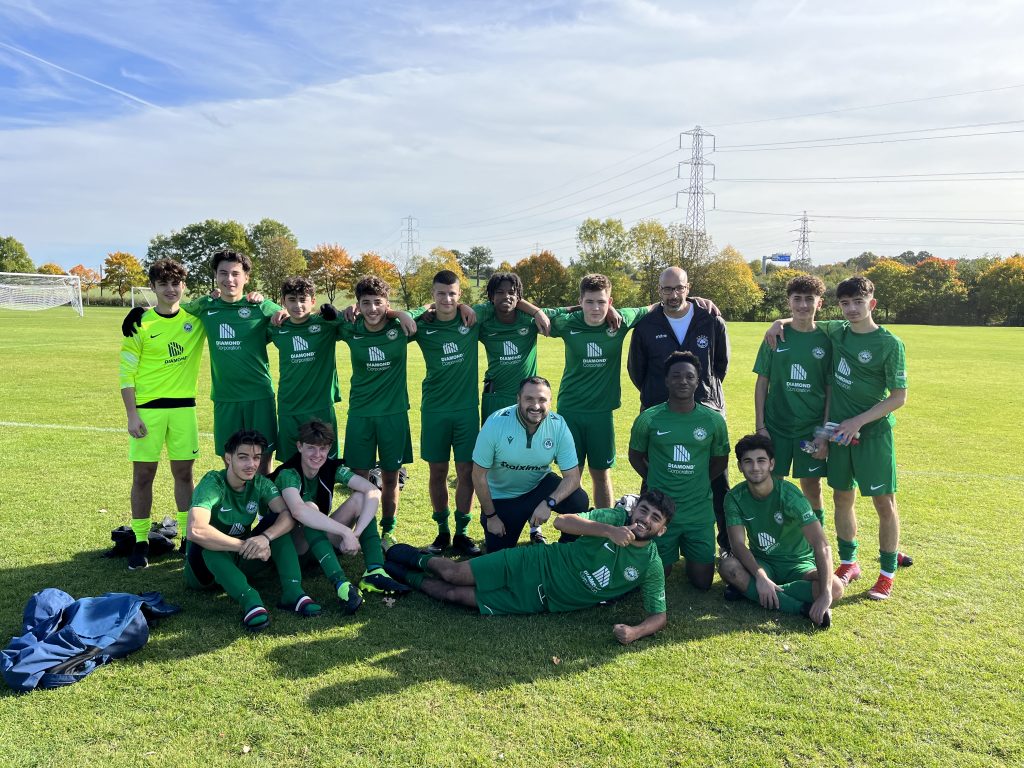