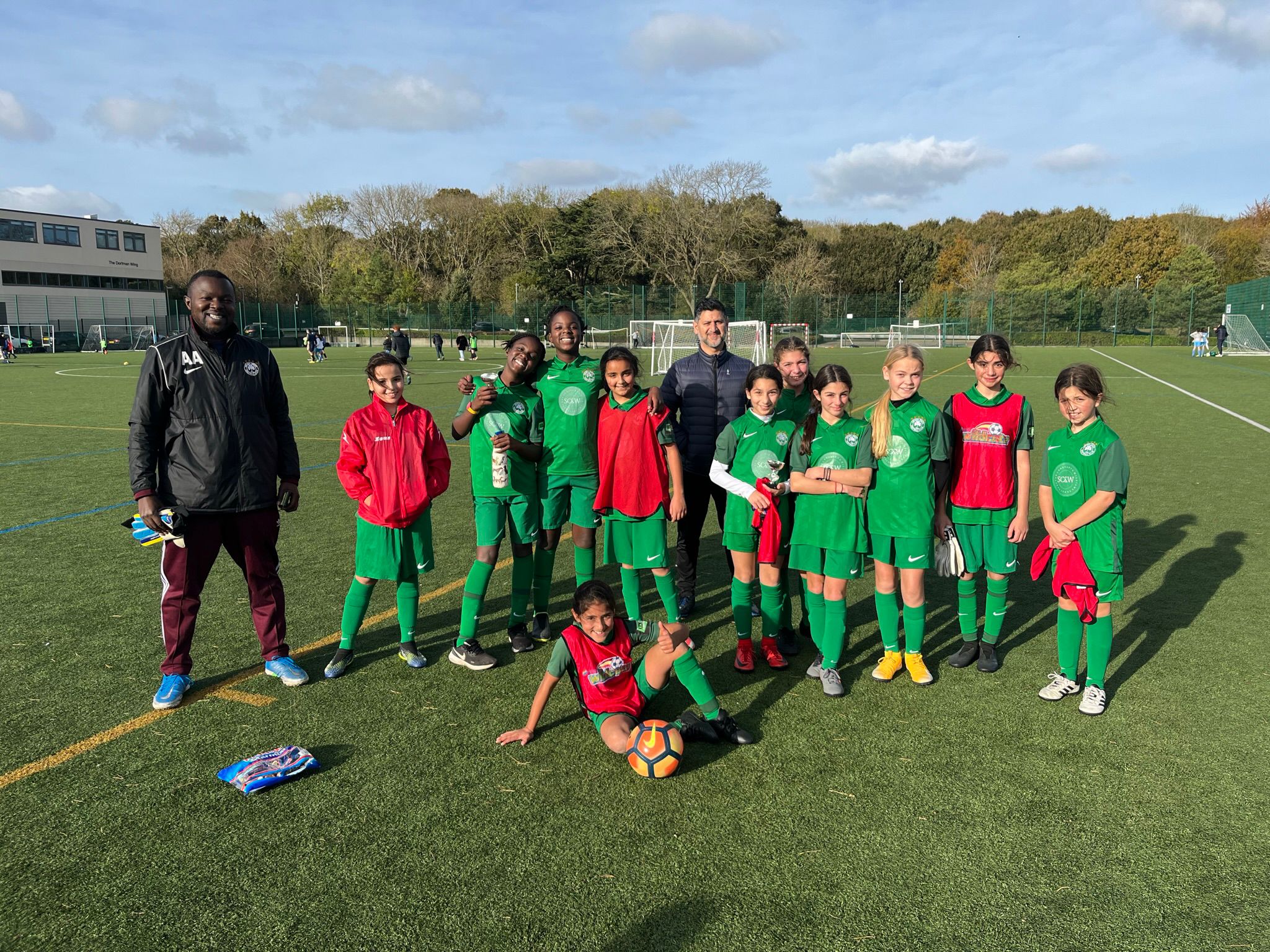 Buoyed by their win last week, Zeno Vryonides, Vas Simou, Mario Georgiades and Elias Neocleous’ Under 14 Green put on a brilliant performance in their Middlesex Cup tie to beat a team in a higher division than them and who, up until Sunday, had won every one of their matches this season. The Under 14 Green were competitively aggressive with players winning their individual battles and the team sticking to a game plan. The tam’s creativity saw them produce many positive situations, from which they scored three good goals through Aleks (2) and Freddie. Man of the Match was given to debutant Nathaniel. A very pleasing 3-0 win and into the next round.

Mike Koumi, Panny Panayiotou and Adam Broomfield’s Under 14 White won their Middlesex Cup second round tie in comfortable fashion. A controlled first half with fast flowing football, saw them score three unanswered goals to go into half time 3-0 up. The boys took their foot off the gas in the second period and through a lack of concentration conceded two goals. The Under 14 White regained the initiative, scored two goals which included a fantastic individual goal from Chris to complete his hat trick. Other goals were scored by Luca and Nick. Man of the Match was given to Chris for an outstanding box-to-box midfield display.

Adam Demetri and Evagoras Mandrides’ Under 16 Silver also booked their place in the next round of the Middlesex Cup after having to come from behind. Having gone 1-0 down, Brodie equalised just before half time. Momentum swung the Under 16 Silver’s way early in the second half and once the opposition went down to 10-men the Under 16 Silver took full advantage, held dominant possession for the remainder of the match knocking and winning the tie thanks to a great header m Jairo.

Michael Pieri’s Under 18 White unfortunately lost out on penalties to a team two divisions higher but the performance from the team was outstanding.

Playing at Rayners Lane FC on a huge pitch, it was always going to be a difficult match against a team that had only lost once this season. However, the Under 18 White, with confidence high from five consecutive league wins were superb as a new formation and specific tactical instructions saw them not only frustrate their opposition but take them all the way to a penalty shoot-out after playing out a 0-0. From front to back, every player made a positive contribution to the performance and were it not for profligate finishing, would’ve knocked them out of the cup. After the match, Michael said: “It is not often the opposition manager and the referee come to a team and praise them for their performance ad their style of football, but it is testament to the work they have putting in at training and executing the plan for today’s game. They may have lost the match but today they gained so much individually and as a team.”

Jason Plysi took charge of the Girls Under 11 Tigers. The girls took a while to get into the game and looked a bit rusty at the start. It was a cagey affair for a while and they struggled to play the ball out of their own half but the second half completely different. The girls pressed the opposition, increased the tempo by chasing down every loose ball and tackling more. This is what led to two goals being scored, which was a pleasing result for their endeavours. The girls should all be very proud of their performance and hold their heads high. Player of the Match was awarded to Ava who never stopped running, won a lot of battles on the field of play and importantly was very vocal in motivating her team mates.

The Under 12 Girls Omonia Derby, the Eagles played the Falcons with Abdullai Adejumo and Raheel Ranwar taking charge of each team.

The first half was saw a really impressive display from the Eagles playing with one less girl. Their movement was impressive, they played for each other and when they didn’t have the ball they pressed; always on the go. Aanya and Elize played in defence for a change and were able to pull the strings from there with Aanya in particular captaining today she kept everyone organised and put in a really impressive shift. Andreana playing alongside Amelia upfront was able to capitalise with goals and the fact that she doesn’t often play there made it ever more impressive. Special mention to Amelia for her first appearance for the Eagles; her movement, eagerness to get on the ball and all-round footballing intelligence bodes really well for the future.

The Falcons captained by Ifigenia took a little more time to gel in the first half. Her and Sophia, the Falcons top scorer this season, were a strong pairing up front but probably didn’t get the service they needed. The definitely had their moments though but it wasn’t quite clicking for them. The defence of Cassia, Daisy and Claudia struggled to contain the opposition’s movement in the first half but they all grew as the game progressed. However, the second half was a completely different story for the Falcons with better, intelligent passing and far better pressing made the Eagles lives a lot more difficult. Ruby playing out of goal in the second half made some really impressive runs and resolute defending from Claudia and Cassia released the Eagles stranglehold on the game. Girls of the Match were awarded to Andreana Shiamishis from the Eagles for her goals and Cassia Adejumo for the Falcons for her hard work and dedication.

Savva Zavros and David Poncia’s Under 16 Gold narrowly lost 1-0 in a hard-fought game and in truth it was an unlucky defeat as the only goal came from a corner and a subsequent rebounded effort which went in. Had the Under 16 Gold taken their chances, the result may have been very different.

Jay Cemal and Vas Havvas Under 11 Green had a great match on Sunday, in beautiful sunshine and on an excellent pitch at Walkers Cricket Ground. After a few years of playing lots of 3v3 in training, the match was evident of how worthwhile this was with the team able to maintain possession with one, two and three-touch football. It was a game filled with lots of goals at the end of some great patterns of play for all to enjoy. Well done to all.

Peter Jordanou and Sadat Sayeed’s Under 9 Green enjoyed their best performance of the so far to the extent that every player was awarded Man of the Match.  Both coaches are starting to witness what is being done on the training pitch to the match day pitch. Spatial awareness is starting to come, and the players are showing better understanding of when to pass and when to drive forward with the ball. Far more pleasing is the the friendship and bond between all means that they all play for each other and never stop trying for the team. It was positive day with happy coaches, players and parents.

Kerem Denizer and Paul Pavlou’s Under 12 Green were defeated 5-2 but both coaches were very proud of them for their performance against a strong opponent. What was pleasing was switching players into different players to challenge them. This positional rotation will stand the players in good stead during their development as young footballers. Goals were scored by Noah Arthur and Kristian Diamandi. Man of the Match was awarded to debutant Adam Choudhury while the team’s Most Contributor Award was shared between Kristian Diamandi, for his overall contribution and Hermann Stainer, the stand-in goalkeeper who made several great saves.

George Pantelides Under 18 played away in the cup today and lost 4-0. It was a very tight first half with the girls keeping their shape well, despite starting the game with ten players. They had a great chance in the first half to go 1-0 up but the 1v1 from Ellie went just wide. After losing a bit of positional discipline in the second half, they did score but it was unjustly ruled out before the opposition scored the goals that won them the game. Player of the Match was awarded to Nicole Petrou who soldiered on and threw her body on the line numerous times; tenacity personified.

The Men’s team who are sponsored by Crown Mobile Tyres, and The Master Locksmith,

had a tough match on Sunday against the only unbeaten team in the KOPA League. With only 11 players and no goalkeeper manager Chris Gregoriou heaped praised on the players as their effort could not be faulted and they did not stop fighting for every ball from start to finish. What made it more challenging was many players played in unfamiliar positions but gave it their best. The final score a 6-0 defeat. 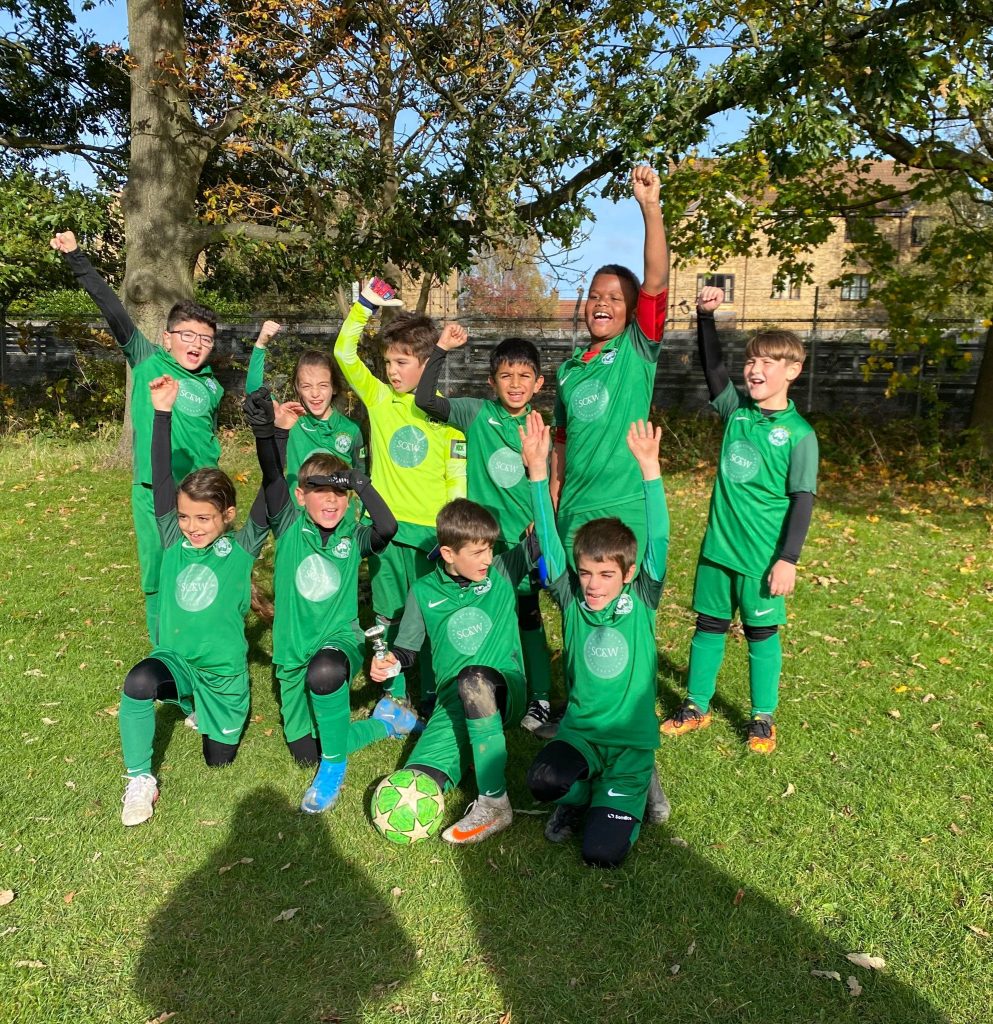 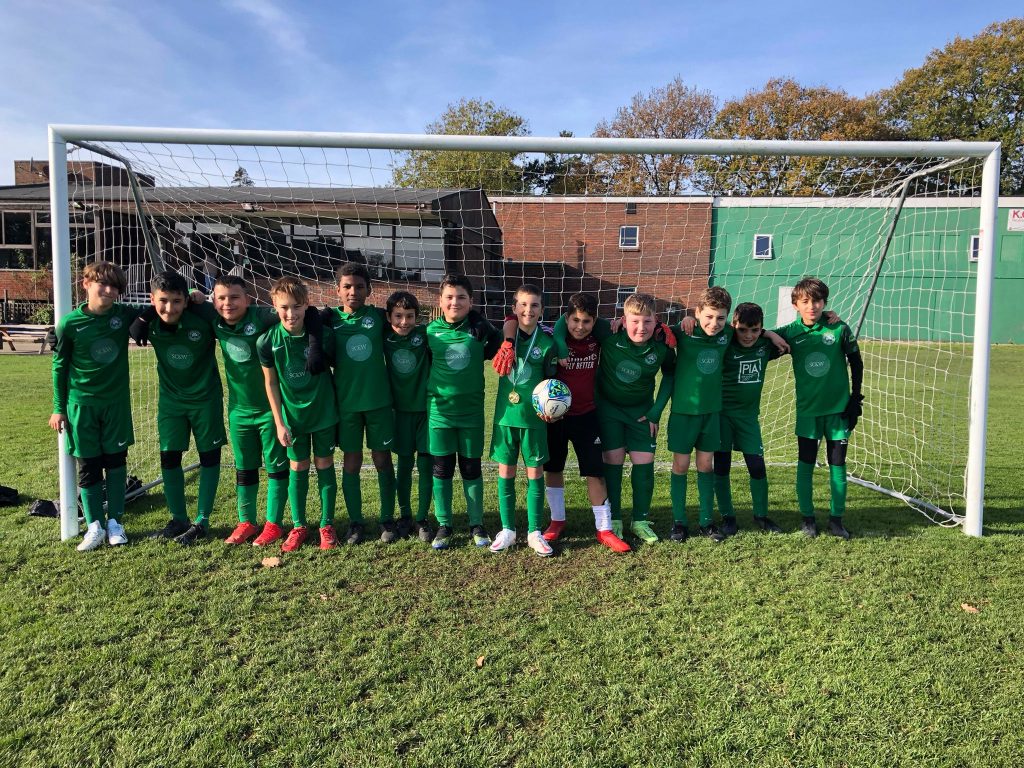