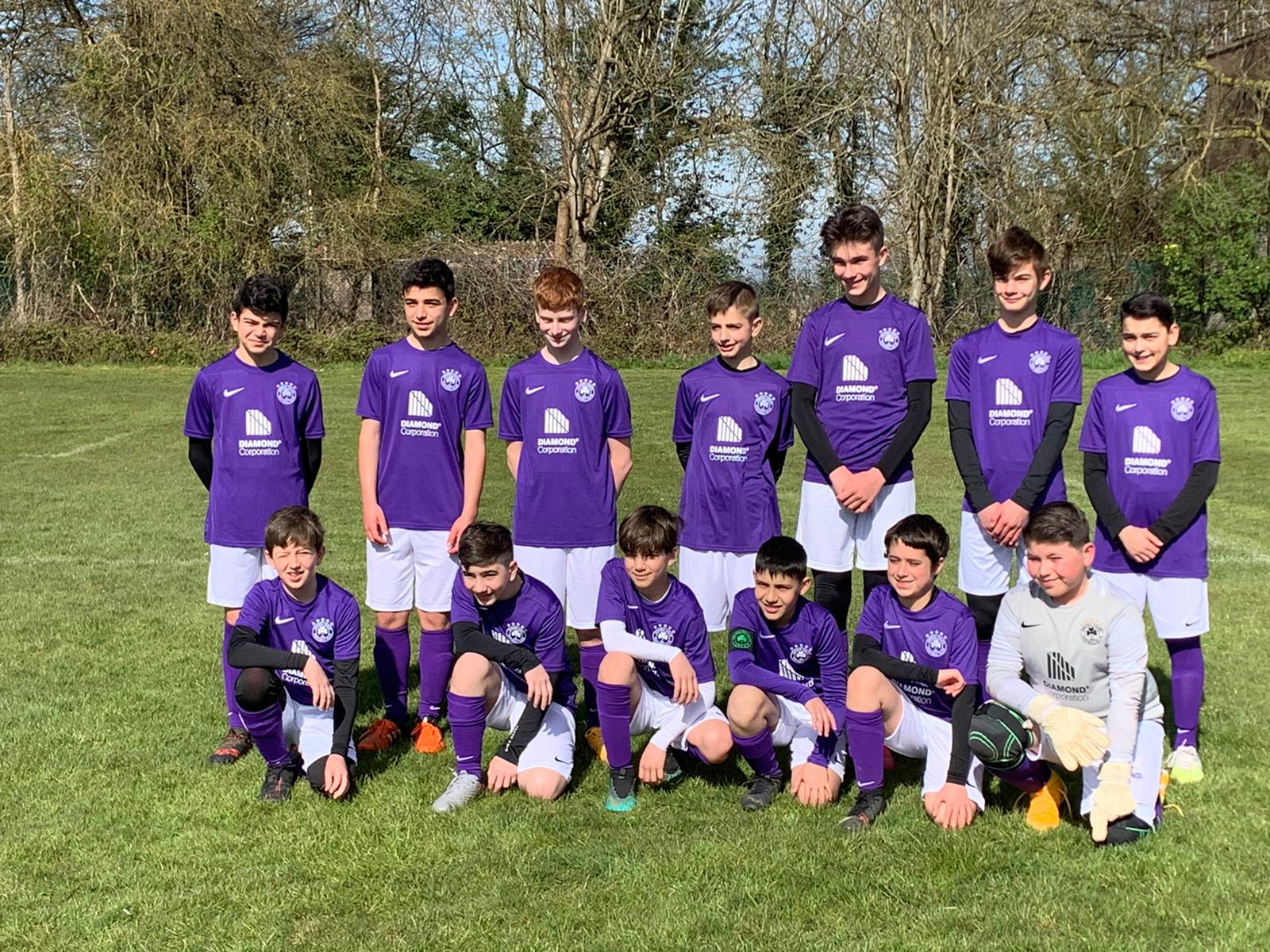 In lovely sunshine last Sunday, there were many excellent performances from the many teams of community grassroots club Omonia Youth FC, sponsored by Spector, Constant & Williams, Vas Barbers and V Jewellers.

Sophia Karanichloas and Samuel Arthur’s Under 13 Girls played their first game in 4 months and there was plenty to be proud of. Both coaches was impressed with the girls’ passing and link up play but also the confidence shown on the ball especially in 1v1 situations.

Even though the Under 13 Girls lost 2-1, the result was not reflective of the performance and whilst there were moments of tiredness and loss of concentration, this was completely understandable given the circumstances. A huge well done to the team and thank you to the parents for their positive support as always! Players of the match was awarded to goal scorer Hollie Taylor and Gina Zavros

Nick Georgiou’s Under 18 Gold played a double-header and won the first match 3-1 while drawing the second 1-1.

The first match showcased the team’s strengths coming on strong in the second half when where the margin of victory could’ve been wider. Daniel David (2) and John Young got the goals with Anthony Gregori named Man of the Match.

In the second match John Young scored again but they could not break down their opponents but overall, it was a successful day with many good performances.

Tas Georgiou’s Under U14 Green lost 3-0 in a match where the team fought hard in warm conditions against a well drilled outfit. Two first half goals set the tone and the match is another learning curve and brings the team closer to achieving match fitness. Man of the Match was Jacob Roberts

George Pantelides Under 16 Girls suffered their heaviest defeat of the season (6-1) caused by a bit of ill-discipline, lack of fit players and playing against a very skilful and strong opponent. The first half was a more controlled with some good saves from Emilia in goal. Some good interchange between Christina and new player Nehir was good to see but it in the second half where problems were highlighted. With girls playing out of position against an opponent who scored with every shot they had it was a difficult second period. The team wishes Lucia well who had to come after suffering an injury. Kayla scored a nice consolation goal with a few minutes to go with Player of the Match awarded to Holli Moore who won every tackle at right back and had her best game for Omonia Youth.

Myri Demetriou and Kyri Eleftheriou’s Under 12 White played a double-header and won both games; one 3-1 and the other 2-0 in what was described as another hard day for the boys today. They faced a team determined to simply play the ball long but the boys battled hard on a dry pitch with a big slope. Both games were not a great footballing spectacle but when the Under 12 White boys did get hold of the ball they did their best to play some nice football. Andre in midfield dominated, with good reading and distribution interspersed with some powerful runs which culminated in a goal. Leo was a constant menace with his skill and pace, and he got the two crucial goals in each game to secure the wins. It was a massive effort from every boy who were shattered by the end but deserved the wins after dealing with the high balls pretty well and being largely untroubled. Man of the Match as awarded to Andre in match one and Leo in match two.

Mary Trypohona and Abdullai’s Under 11 Girls enjoyed another great match. They kept pushing and working hard and their communication was spot on. They stayed strong and scored a great goal. Both coaches were delighted with the performances of the girls and their improvement is showing week by week.

Robert Protei and George Constantinou’s Under 13 Gold played a double header with the boys starting off slowly. When they got into their stride, they started winning the ball more and started pressing the opposition better and with some clinical finishing they won both games; 1-0 and 2-0.

Man of the Match was awarded to Sebbie who controlled the defence and who ensured a clean sheet in both games along with Marco the goalkeeper who saved a penalty in the second game.

Michael Pieri’s Under 16 White were left disappointed after spurning chance after chance. They lost 4-2 but should’ve taken something from the game. What did not help was gifting the opposition easy opportunities to score and when chasing the game leaving gaps at the back. It was such a shame as in large parts of the game the boys played well. Erdal got two goals, created by both fullbacks with Adam and Andreas S both named Man of the Match.

Savva Zavros and David Poncia’s Under 15 Gold played double header away and while they lost the first game 3-1, the second game was a different story with the boys playing really good football but this time found themselves 1-0 up. They almost held on but the opposition found a leveller with a few minutes to go.

Chris Gregoriou’s Men’s Team which is sponsored by Crown Mobile Tyres, Athletic Development Club, The Master Locksmith, CJAZ Consulting and RAMEK asset management finally arrived in adult football with their first win ever in the KOPA League. Having gone 2-0 down at half time an incredible effort from all saw them turn their fortunes around so see them run out 5-3 winners. Andreas Kyprianou with a hat-trick and two assists was named Man of the Match with Demitris Christodoulou and Terry Georgiou getting the other goals. 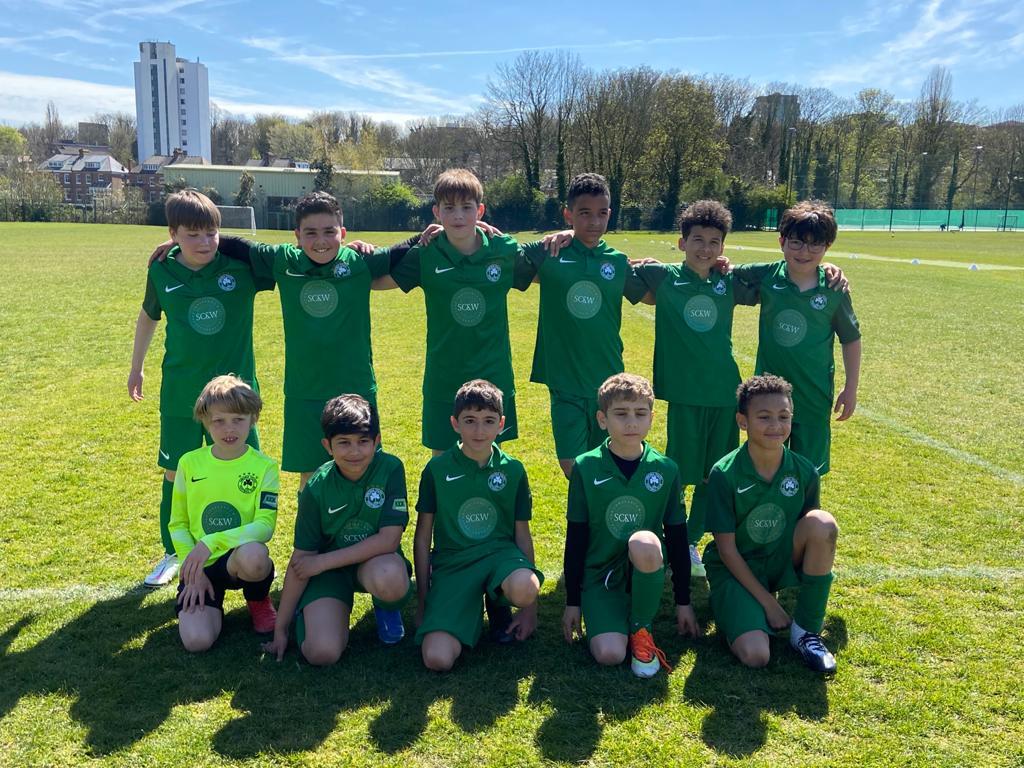 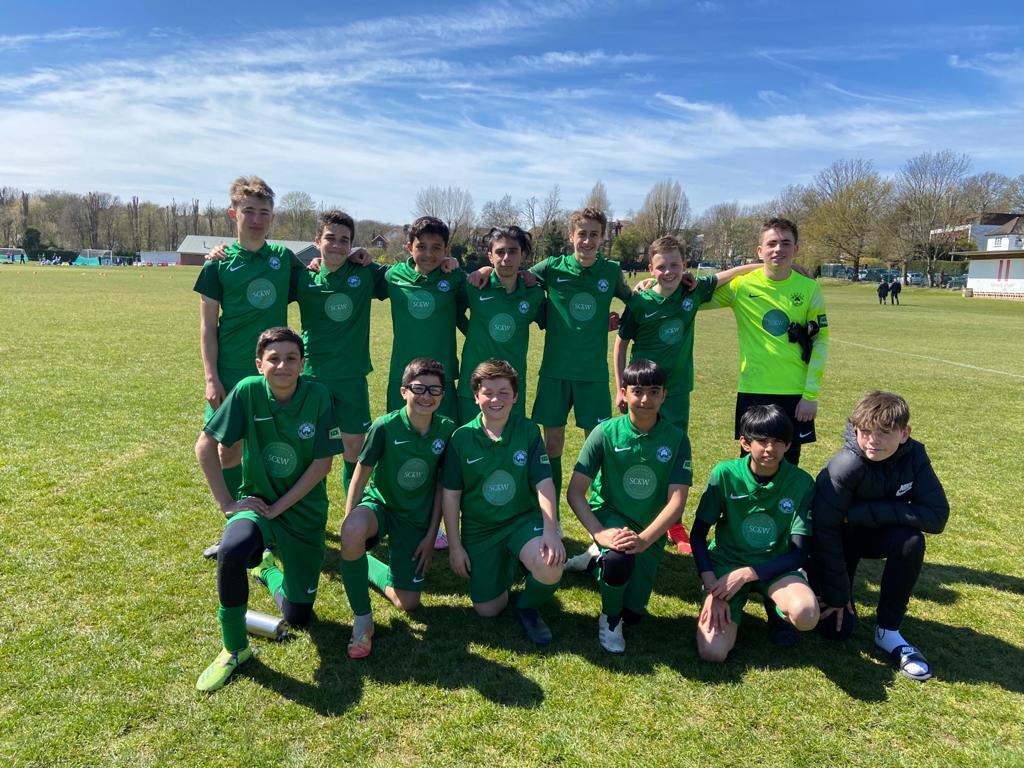