Developing the next generation of Omonia Youth FC players 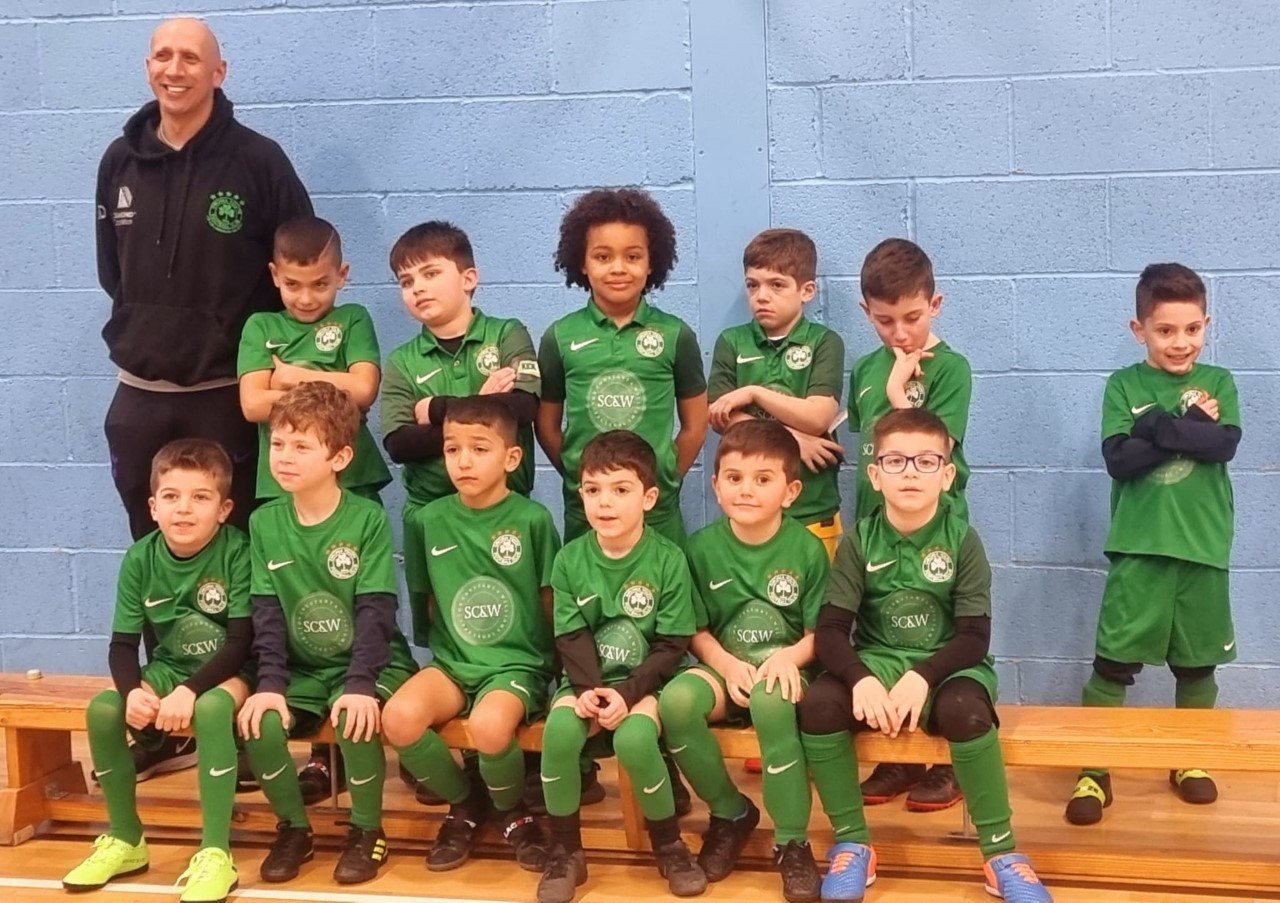 Community grassroots club Omonia Youth FC, sponsored by Spector, Constant & Williams, Vas Barbers and V Jewellers is rightly proud of the role it plays in the community. The club’s ‘football for all’ ethos underpins the belief that as an organisation they support the community through youth football. It is therefore pleasing that the conveyor belt of teams and children joining and wanting to be part of the Omonia Youth FC family continues unabated. The club’s newest team is the Under 8 Green and along with the current development group children (Years 1 and 2) the future of the club is bright. As Chairman Myri Demetriou pointed out: “…developing these young players and ensuring they can express themselves on the pitch with freedom, enjoyment and no pressure is imperative. This is what grassroots football should be all about and this is what Omonia Youth FC tries to encourage”.

Elsewhere last weekend, there were games and performances to celebrate from the many teams of the club. Firstly, Sophia Karanicholas and Samuel Arthur’s Under 14 Girls continued their good form with a comprehensive 5-1 away win. The match was very well executed by the girls. The wind and weather was a slight hindrance along with a narrow pitch, but the girls quickly adjusted to the conditions and put on a show for the watching spectators. The objective set for the team was to keep a tight midfield and not leave holes in the middle of the pitch and they did this very well.

Being able to counter-attack decisively and effectively allowed the team to dominate possession and it was no surprise that they spent most of the game in their opponent’s half. When they were required to defend they did this well and as a team.

During the half-time team talk, the girls were able to articulate and identify advantages and weaknesses on the pitch, suggesting changes themselves – a positive trait which emphasises the growth in their game management.

Overall, the performance was a united team effort with five goals scored from five different players, highlighting the team’s attacking prowess. Goals were scored by Sophia D, Sophia T, Mia A, Mea B and Gina. Player of the Match was awarded to Hollie who executed her role brilliantly as a defensive midfielder, supporting the defence but also starting several of the attacks from the back.

Michael Pieri and Jason Plysi’s Under 18 White were involved in an exciting cup match where the take-away lesson was to never give up. Having taken the lead with a fine effort from Noel Allen, the Under 18 White then allowed their opponents back into the game. Sloppy play and defensive errors resulted in them conceding three goals before the break to go into half-time 3-2 down. A calm and measured half time talk seemed to be in vain as the Under 18 White then went further behind as their opponents scored to make it 4-2. Even so, the Under 18 White continued to play their football, were patient and scored three times to win the 5-4. All five goals were expertly executed. Noel Allen grabbed a hat-trick, Igor Gomes-Matos came on as a substitute and made an instant impact scoring while Lucas Oladejo scored the pick of the five goals with a fantastic run and a shot into the bottom corner.  The performance was one of resilience and battling qualities, which leaves them a win away from qualifying from the group stage. What was also noteworthy was the performance of the referee, which was excellent; always in control and communicated superbly with both teams at all times. Man of the Match was rightly awarded to hat-trick hero Noel but here were several performances worthy of mention. Andre Bachhus was a constant threat on the left, Luk Hysa was calmness personified on the ball in midfield which helped his team and Andreas Fereos was a reliable outlet on the right.

Zeno Vryonides, Mario Georgiades, Elias Neocleous and Vas Simou’s Under 14 Green saw their recent winning streak form come to an end as they were defeated by the odd goal in five. The coaching team felt that the boys went into the game over-confident and it showed in way they started the match; they were unfocused and not up to the standard of previous few weeks. Even though the Under 14 Green were dominant in possession and created many chances, they simply could not outscore their opponents who were more clinical in front of goal. As coach Zeno said, “…this was a bug learning curve for the boys to never underestimate any team.”

Kerem Denizer’s Under 12 Green had a fantastic start in their match, playing beautiful two-touch football exuding confidence on the ball.

Even though the opposition scored twice at the end of the first half, this did not prevent the Under 14 Green continuing to play their football. However, as the game wore on and the boys could not convert from the opportunities they created, some heads dropped. Overall there were too many encouraging signs to be too downhearted and the squad remain positive, knowing they can achieve more. H, who grabbed the team’s only goal, was named Man of the Match with Luca as best contributor.

Serkan Nihat and Alex Christofi’s Under 15 White stared their Spring Plate campaign with a win in driving rain on a muddy pitch. The conditions were not the best, but the boys were not deterred as they rolled up their sleeves and made the best of it. The Under 15 White dominated throughout and while it was very difficult to get the ball down and play, the team adapted and created plenty of chances. They ran out 5-1 winners in the end with the coaches continuing to rotate players and positions. The standout goal of the five came from Theo Chambi. One of his two goals saw him pick up the ball in the outside the penalty area, drag it onto his left foot and lob the goalkeeper at front post. Beautiful! The other goals were scored by Yullian, Kaya and Christopher

The Men’s team, who are sponsored by Crown Mobile Tyres, and The Master Locksmith went into the final league of the season having already fifth spot in the table. Playing against Olympia away in Holloway, their opponents only needed a point to secure their KOPA League title. In what was described as a very good game, the Omonia Youth Men’s Team showed how far they have come in such a short space of time by matching their opponents for long periods and playing some good football. They made Olympia work hard for their win. With the league campaign now over, the Men’s Team now turn their attention to the upcoming Cup games, starting at home next week against Nissi.