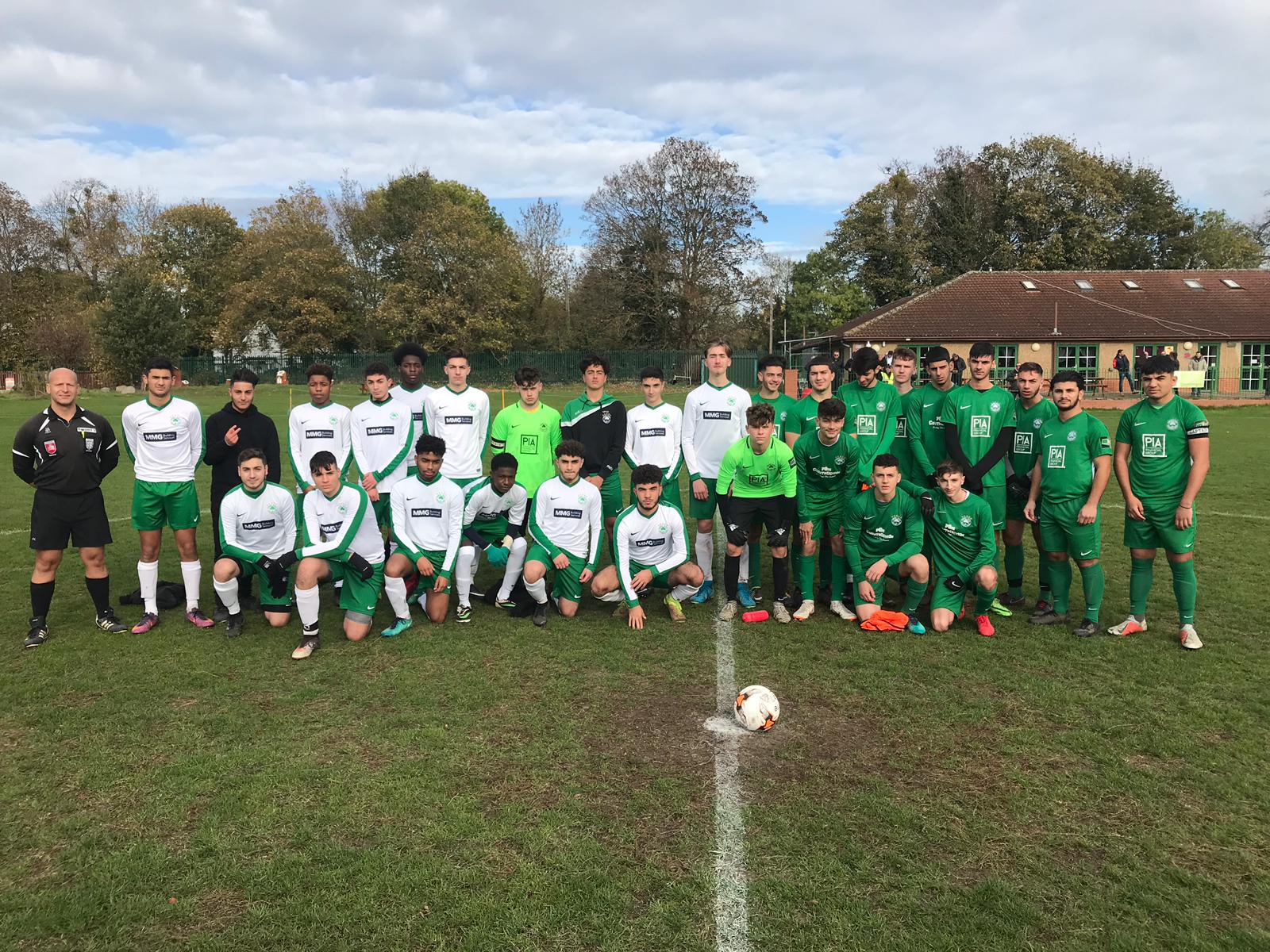 It was ‘Derby Day’ last Sunday for four teams of community football club Omonia Youth FC, sponsored by PIA Financial Group and Philip Ross Solicitors. Four teams from two different age groups played at one venue in what were two competitive encounters between teams from the same club.

First up at the Radiomarathon Centre in Enfield was the Under 14 Derby between Michael Pieri’s Under 14 White who were up against George Sammoutis and Harry Theodorou’s Under 14 Silver. In an enthralling and entertaining game, both teams dominated each half of this Challenge Cup clash. The first half belonged to the Under 14 White as they raced to a 4-0 half time lead. It was very one-sided and threatened to render the second half an uncompetitive procession but the Under 14 Silver had other ideas as they came out with intent and they themselves scored four unanswered goals in a stunning fightback. With the score 4-4 at full time, the match went into extra-time and with no more goals in the first period the match was ten minutes from going from to penalties. However, in this second period, the Under 14 White asserted themselves and scored three times to win the match 7-4 to take their place in the next round.

Goal scorers for Under 14 White were Noel Allen (2), Santino Raia (2), Sami Hristov, Alfonso Rosselli and Emmanuel Onuoha-Nzeh. Man of the Match was awarded to goalkeeper Stefanos Pieri who pulled off some important saves in the second half and when his team were put under serious pressure. Goals for the Under 14 Silver came from Mehmet (2), Victor and Gabriel.

In the other derby of the day, Kyri Georgiou’s Under 18 Green took on Chris Gregoriou’s Under 18 White. Matches between these two sides are always very competitive as all the boys know each other very well, and there’s always an edge. Omonia Green went into half time with a deserved 3-0 lead but the second half was a different story as the under 18 White came out with a vengeance, competed and deservedly pulled a goal back then had the majority of possession in the second half and were unlucky not to get at least another goal. The final score was a 3-1 win for the under 18 Green.

After a tough League Cup campaign, Mario Yiasemi’s Under 12 Gold got their League campaign under way and won 2-0. Giorgio and Mete got the goals with Logan named Man of the Match.

George Pantelides’ Under 14 Girls came up against strong opposition and lost 7-2. The girls played really well in patches and did particularly well in the first half especially, with goals from Sophia Blackstock Zavrou and Andrea Leonidas thanks to assists from Emilia P.

As a team the girls have improved but unfortunately they conceded some goals from some basic errors with coach George intent on putting things right with the correct sessions at training.

In the Challenge Cup Nick Lingis and Mario Christoforou’s Under 14 Green progressed to the next round thanks to a 5-2 win. Joe K (2), George A (2) and Nathan L got the goals with George A and Erin M named Man of the Match.

Also in the Challenge Cup, Chris and Jimmy Mousicos’ Under 14 Gold will likewise take their place in the next round thanks to a convincing 5-0 win at home. Man of the Match Louis Georgiou scored four goals with Freddie Morall getting the other one. That is now three of the four Under 14 teams in the hat for the next round draw.

David Poncia and Savva Zavros’ Under 13 Gold played some excellent football as they breezed past their opposition and into the next round of the Challenge Cup thanks to a comprehensive 6-1 win. Louis Brown (2), Leo Capsalis (2), James Carter and Max Albrecht got the goals with James Carter earning the Man of the Match award.

After going a goal down the boys woke up and dominated all around the pitch. Good team shape and football helped them score a mixture of goals from defenders, midfielders and forwards, team goals, long range goals and headers!

Mario Demetriou, Johnny Othona and Elvis Leon’s Under 12 Green came up against a very organised team and without their regular goalkeeper and forward the team still played well and made their coaches proud regardless of the 5-3 defeat. Alex (2) and Luca got the goals with Parris named Man of the Match.

Omi Omirou and Stel Loizou’s Under 13 Green won 1-0 with a goal from Jamal Mohammed. Zach Omirou and Billy O’Sullivan were joint Man of the Match 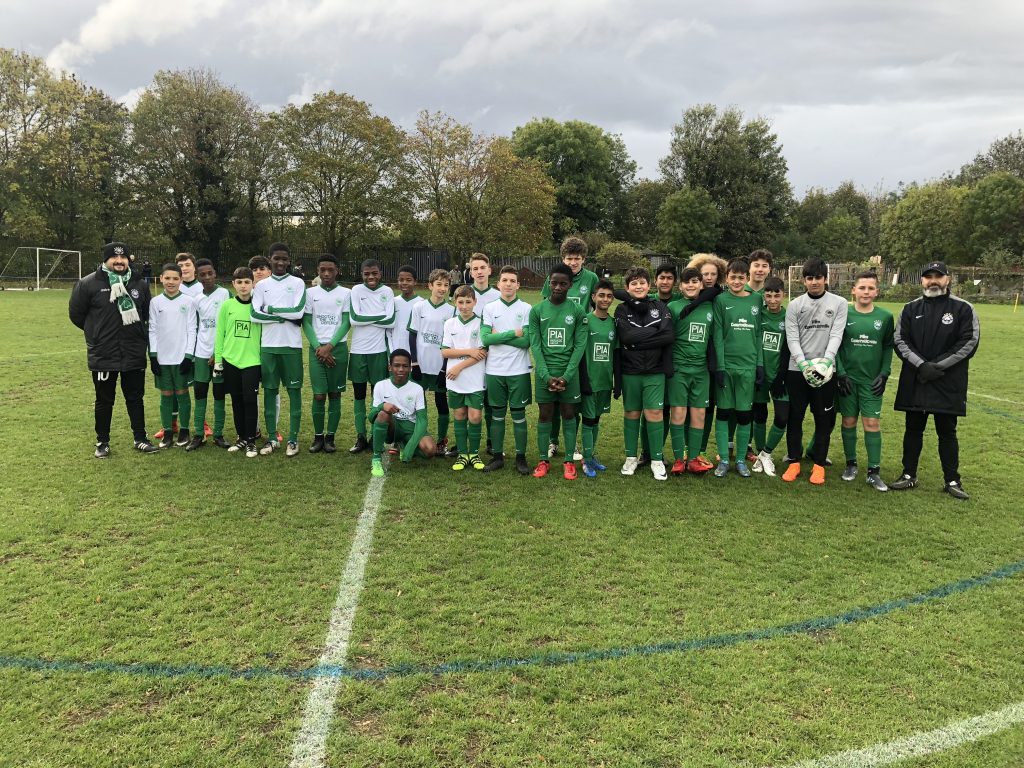 Under 14 Derby between White and Silver was a pulsating and enthralling match which went to extra time.