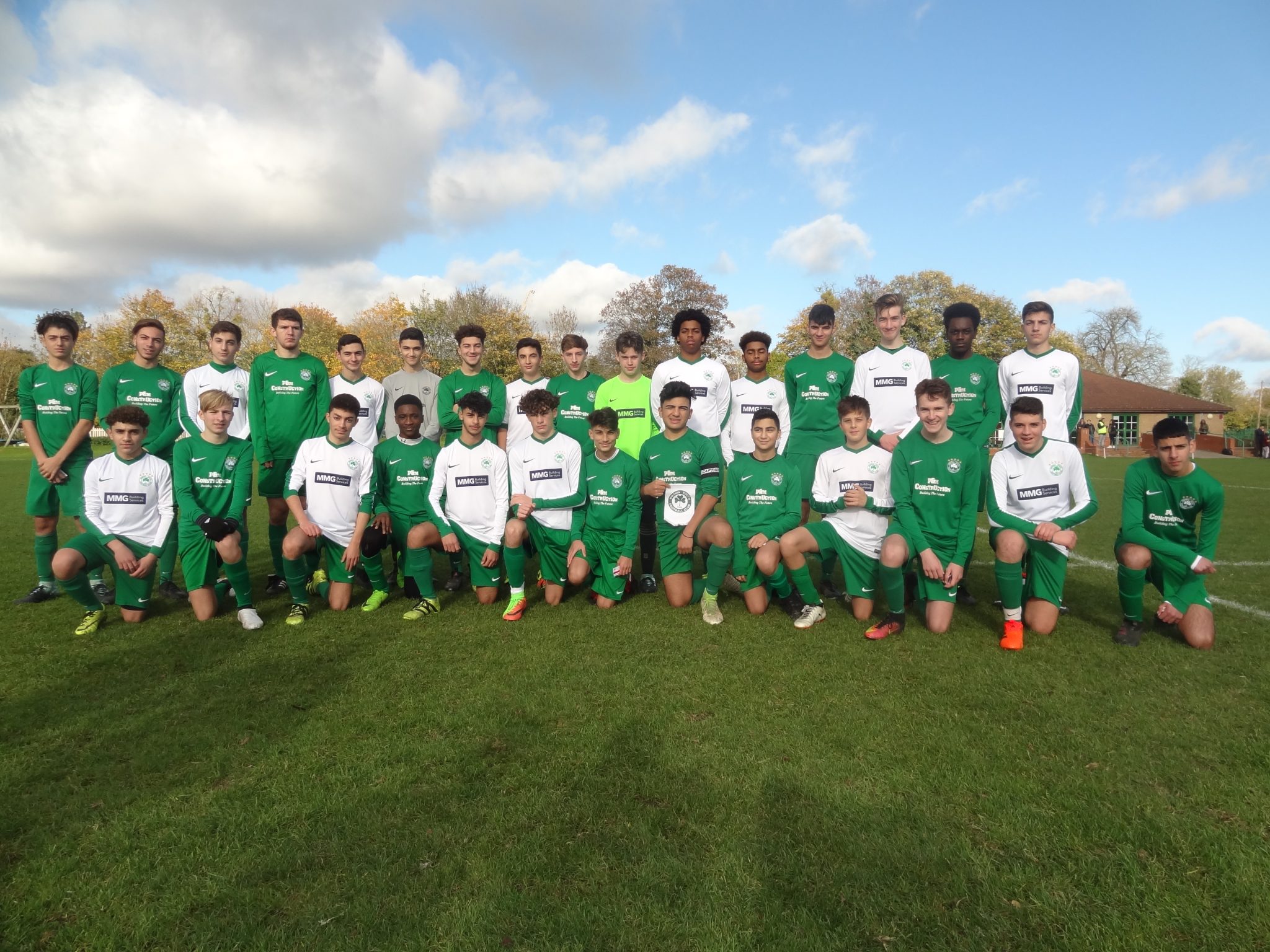 It was a Sunday of celebration as community football club Omonia Youth FC, sponsored by P&M Construction UK Ltd, saw eight of their teams face off against each other on ‘Derby Day’.

First to Turkey Street where Chris and Jimmy Mousicos’ Under 13 Gold came up against Nick Lingis and Mario Christoforou’s Under 13 Green. In a close match where both teams stifled each other’s attacks, it was the Gold’s who went on to win after half time substitute Mikey Pavlou got the game’s only goal. Stand in goalkeeper for the Gold team, Rayan Habibi, was named Man of the Match.

The much anticipated Under 16 Derby brought two strong sides together and the match did not disappoint. Both teams were fully committed, with energy and passion evident from both sides. Kyri Georgiou’s Under 16 Green came away with three important points as well as the equally important bragging rights after what Kyri described as “…an excellent and solid performance by the boys. Credit to both teams too.”

The Green’s took the lead mid-way through the first half with a wonderfully improvised effort from Yianni Polycarpou to give his side the lead. Yianni was on target again just before the half time break to double the lead, again with an audacious finish. The start of the second half saw Chris Gregoriou’s White team come out with intent. Lots of pressure by the Whites did not lead to a goal and it was left to Robert to seal the game for the Greens after a quick counter attack as he slotted in from close range.

Man of the Match could have gone to any number of Green players but it was awarded to Dennis in central midfield whose work ethic was important as was his ability to link defence and attack.

The match was watched by a large crowd which also included school friends from both sides and was nice to see. What should also be noted in both matches at Turkey Street was that they were both refereed superbly. Where possible the officials allowed the game to flow and when needed they intervened. Unfortunately what marred both matches were injuries to three players, two from the Under 13 Gold and one from the Under 16 White. The club wishes all three players a speedy recovery.

At Walkers in Southgate Omi Omirou’s Under 12 Green came away with a 4-0 win over Savva Zavros’ Under 12 Gold. Jamal M was given the Man of the Match award for scoring all four goals.

In the day’s other Under 12 Derby, Adam Demetri’s Silver won 4-1 against Mario Stavrou’s White in a great game played in good spirit which both teams should be proud of. Nicola, Brodie, Ru and Michalis scored the goals with Alexander Toffalis being named Man of the Match.

In the league Nick Georgiou and Kenny Gregori’s Under 15 White suffered a 6-0 defeat but the coaching pair had positives to take from the game. Playing the team who currently sit at the top of the table, it was always going to be a difficult game ut the team played some excellent football in the first half creating plenty of chances to score but could not convert any to a goal. Overall, both Nick and Kenny were encouraged by an overall in the team. Man of the Match was Nick Georgiades.
The Under 15 team who play in the London Youth Premier League lost 2-0 the team who are currently top of the table and undefeated. It was a much better performance by the Omonia boys who played really well and showed a lot of good attributes against the league’s top side. Man of the Match was awarded to both Fabien and Andrew Christofi

Nick Zimaras’ Under 18 White recorded their first league win of the season with a satisfying 4-2 away win. Having trailed 1-0 at half time, the team organised themselves better in the second half and goals from  Charlie, Aaron, Joe Canon and Rosley earned them three valuable points. Man of the Match was Cem. MOTM Cem.
Finally the Omonia U13 Girls, coached and managed by George and Alex came away with a thoroughly deserved 1-1 draw. Player of the Match was awarded to Sapphira Kyriacou thanks to some brilliant defending and skilful turns in difficult areas. Coach George commented that the “…girls played some of their best football this season in a closely fought game. Omonia Youth took the lead in the second half with a cracking finish in the top corner from Andrea Leonidas, after an assist from Nicole Petrou. The opposition equalised shortly after from a corner. The Omonia girls could have won it after going close with two late efforts from Aza Douglas-Williams, after some excellent build up play from Andrianna Stavrou. Thanks again to our fantastic away support.”