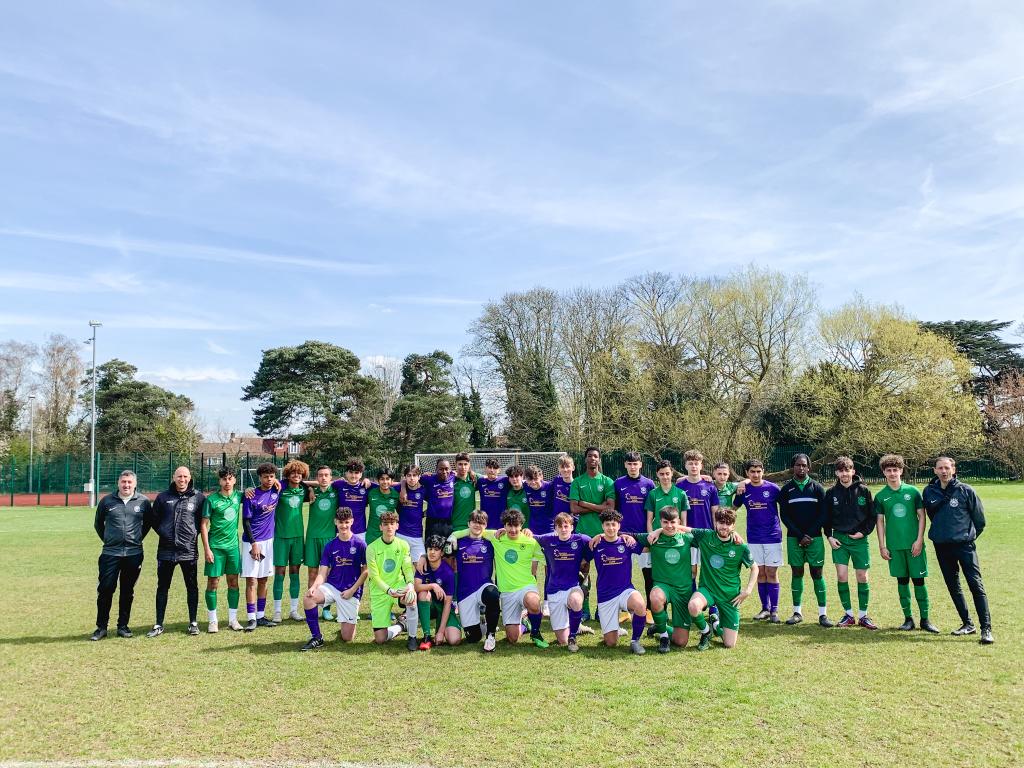 Community grassroots club Omonia Youth FC, sponsored by Spector, Constant & Williams, Vas Barbers and V Jewellers were celebrating last weekend as some of their teams were celebrating cup success as the season draws ever nearer to it’s conclusion. Two teams won their cup semi-finals and will end the season with a cup final appearance. Chris and Jimmy Mousicos’ Under 18 Gold, who are in their tenth season as a team qualified for the Challenge Cup Final by winning their semi-final 5-1 with Luka Ferraglioni grabbing a hat trick. They are also in another semi-final and could replicate Adam Demetri and Evagoras Mandrides’ Under 16 Silver who have two Cup Finals to look forward.

Alex Christofi and Serkan Nihat’s Under 15 White finished top of their Spring Plate group stage and qualified for the Semi-Finals. The boys played a lot of good football, playing into spaces and they were able to get behind the opposition defence on many occasions and to get their crosses in. They went into half time 2-1 up and in the second half the boys were able to dominate possession, control the game and see the game through to the end. With this result it maintains the Under 15 White’s hopes of a Cup and League double.

Michael Pieri and Jason Plysi’s Under 18 White were coming off a run of poor form and knew to extend their season they had to stay in the Cup. And they did, emphatically. They won 5-1 at home in a game they dominated from start to finish, creating plenty of goal scoring chances and playing good football along the way. The Under 18 White’s first and best goal characterised their performance. The move started with the goalkeeper giving the ball to the centre-half who played lovely pass to the centre forward who held the ball up well. He then played the ball to the full back. They passed the ball to each other before a pinpoint cross found Andreas Fereos free at the back post. His first touch was immaculate and his second smashed the ball into the bottom corner. Brilliant football from back to front and left to right which utilised space and exposed gaps in the opposition defence. Noel Allen rounded the goalkeeper just before half time to give the Under 18 White a commanding 2-0 lead. The second half continued in the same vein with the Under 18 White on the front foot. Erdal Nacakdedigi made it 3-0 before Noel grabbed his second goal with a well taken fourth. A mix-up at the back saw the opposition get a goal back and with growing momentum it took a fantastic save from Stefanos Pieri to maintain the three-goal cushion. Full back Andre Bachhus rounded off the scoring after a typical rampaging run which culminated in him scoring his first goal for the club. After the match manager Michael said: “One of the best feelings in coaching is seeing what you do on the training pitch bear fruit on match day, and today was one of those days. We worked on specific patterns of play in training and today the boys executed the plan perfectly. I’m really happy for them and proud of them too.” Man of the Match was awarded to Kyle Ellis who was magnificent in a central defensive midfield role.

While on-pitch success in the competitive age-groups is always welcome, the club maintains that getting to cup finals, winning promotion and division titles are just one of many metrics to use to determine success. If along the way the children who adorn the green shirt have been coached right, have enjoyed their football journey and they make friends for life that, for many, supersedes league tables and cup finals. Doing it together can though be special. 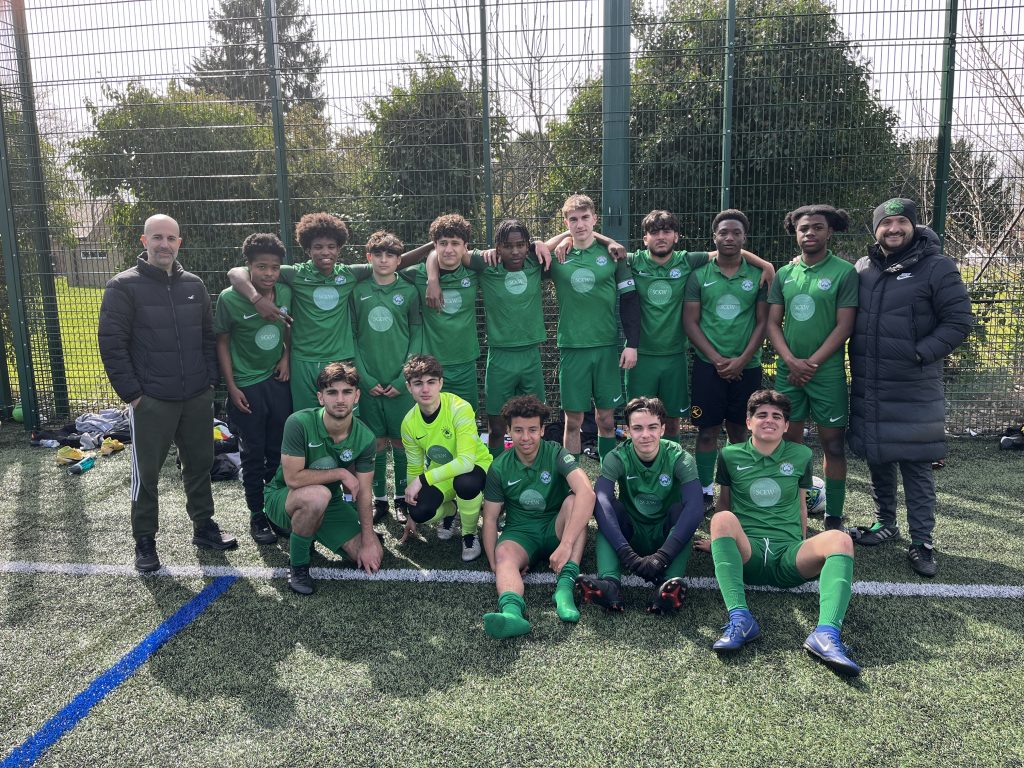