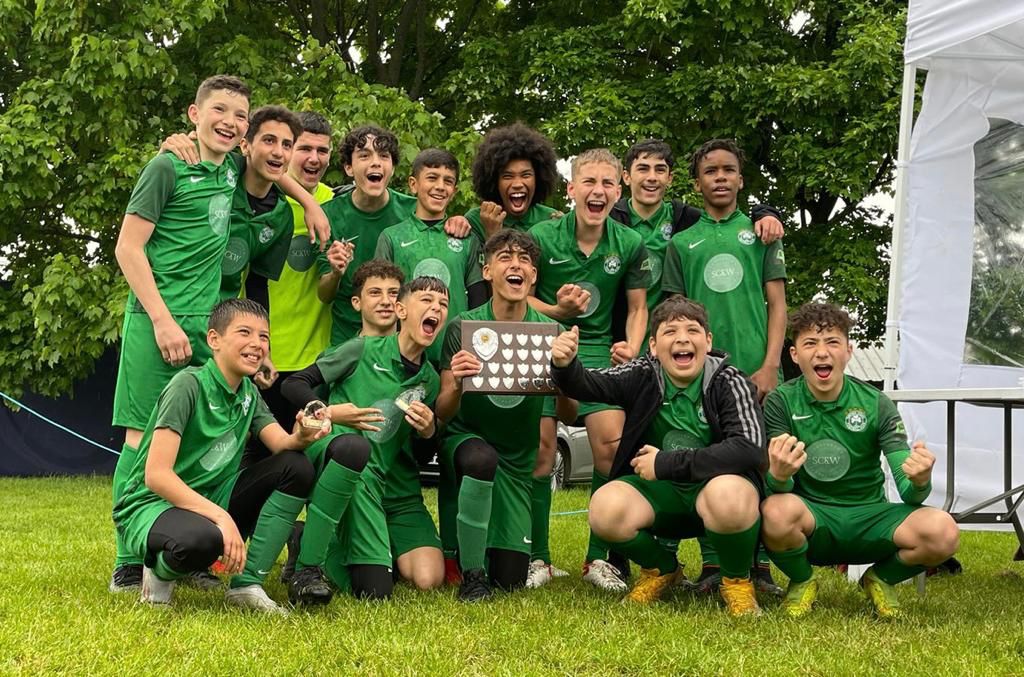 Community grassroots club Omonia Youth FC, sponsored by Spector, Constant & Williams, Vas Barbers and V Jewellers, were celebrating last week as their Under 13 green team won their Cup Final and completed a magnificent double. The club were rightly proud that they contested seven cup finals over two weekends and while six teams suffered defeats, Vas Demetri and Bekim Gashi’s Under 13 Green prevailed with a dominant display as they added the Cup to their Division title success.

In wet conditions, the Under 13 Green began nervously and slowly but battled their way into the game. Once they strung a few passes together, they played some nice football, working well together as a team. Having hit the post twice in the first half, the Under 13 Green finally got their rewards as Petar scored to give his team a 1-0 lead going into half time.

In the second half, their opponents really upped their game but the Under 13 Green boys showed great resilience and perseverance to retain their lead. With 15 minutes to go of the game and with the opposition pouring forward looking for an equaliser, the Under 13 Green showed their class by meeting the challenge. Drillon made it 2-0 before a wonderful finish from Parker sealed a well-deserved 3-0 win. The celebrations from the players was wonderful to see as a long season culminated with double delight. The boys were superbly supported by watching parents, friends and other Omonia Youth coaches. After the game, a delighted Vas said:

“I’m, very proud of the boys this season for going unbeaten in the league, winning the league and now completing the double. This has been a team effort from all. Thank you to the great support from our parents, assistant coach Bekim and Dwain Chambers.”

Ended their season with a great performance, cementing their place in the top division thanks to a 3-1 win away from home. The boys started strongly and controlled the game from start to finish and despite concdeding first, they were always in control. Some of the football the boys played was outstanding; full of skill and pace. The match ended a very inconsistent season for the Udner 14 White where at times they were brilliant and other times less so, but this is all part fo the learning curve for young footballers. Gaols were scored by Nick (2) and Chris. Man of the Match was given to Louis for a commanding defensive display and also to Georgie for an outstanding forward display claiming assists for all three goals.