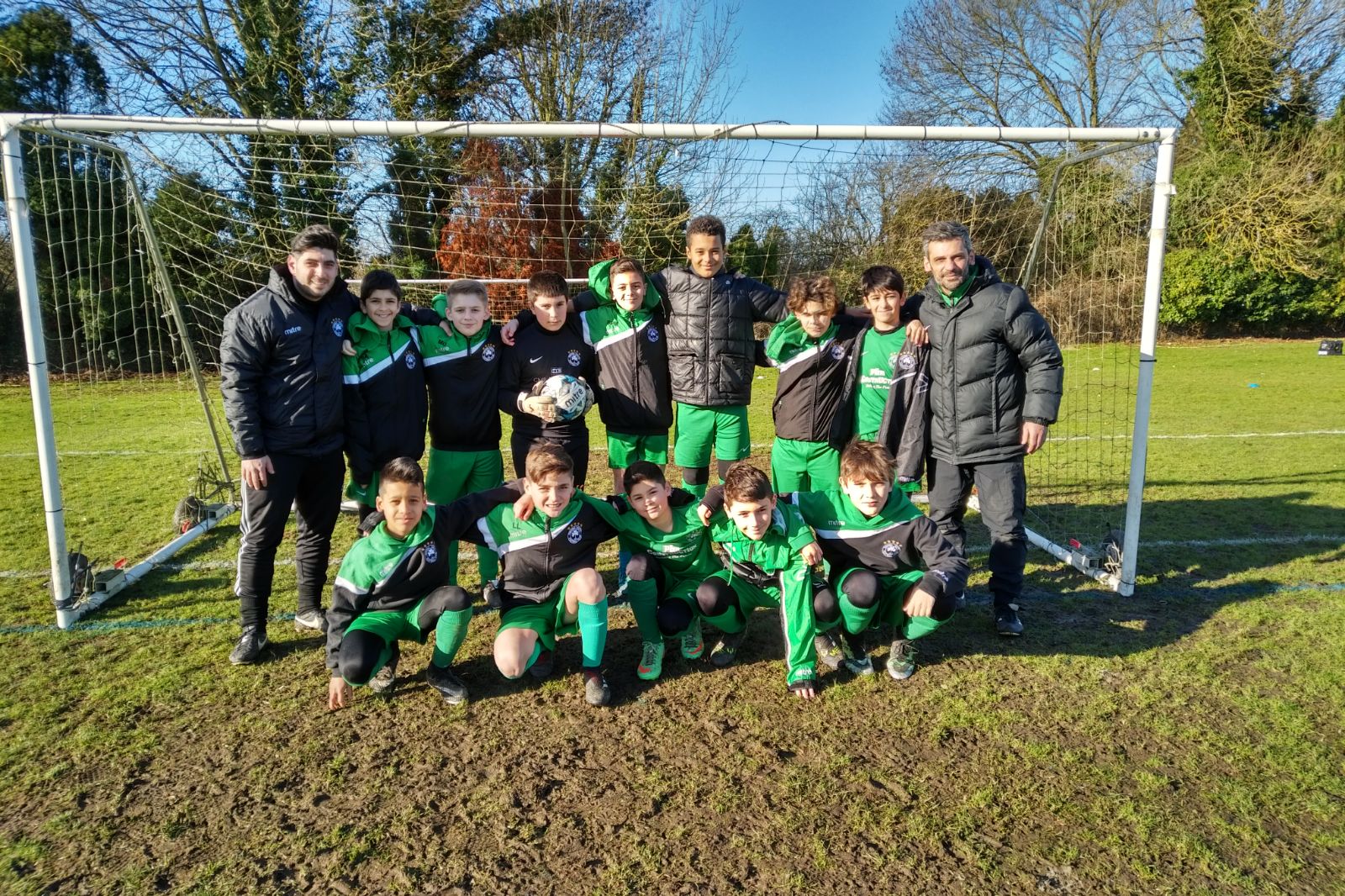 It was a case of ‘what might have been’ for one of the many teams of community football club Omonia Youth FC, sponsored by P&M Construction UK Ltd. Omi Omirou’s Under 12 Greens performed admirably in their Middlesex County Cup semi-final but had to accept huge plaudits rather than a place in the final as they lost after extra-time against a side from a division higher. The Under 12 Green took the lead and were good value for the lead against their opponents. Playing at home, the Radiomarathon Centre in Enfield was awash with home supporters including parents and other Omonia Youth FC coaches, and they had plenty to cheer as Leo Ioannou gave the home side a deserved lead. Unfortunately they could not hold on to the lead and the tie went into extra-time where they eventually lost 3-1.

Manager Omi was a very satisfied coach as after the match he said: “…the boys were exceptional today and against a team in a division higher than us. On another day the result would have been different had chances gone our way. The score line doesn’t reflect the performance and I’m very proud of my boys.” Man of the Match was Mikey Omirou.

In the Spring Cup Michael Pieri’s Under 13 White won their second group game in a row and are well placed to progress. The Under 13 White put on a dominant performance even without their regular goalkeeper. Selflessness within the squad saw three players take their go to play in goal. The Under 13 White controlled possession and were clinical up front. Goalscorers were Emmanuel Onouha-Nzeh (2), Alfonso Rosselli, Sammi Hristov and Michael Nicola. The whole team were exceptional and manager Michael found it difficult to name a man of the match as he said: “…the boys were brilliant today and showed their quality. They played with intelligence and took their chances while defending superbly throughout. Every player made a positive contribution to the result but if I had to choose a Man of the Match I would pick Yianni Sophocleous who again impressed from full back.”

Both Under 16 teams suffered defeat last Sunday. Andy Kyriacou and Chris Gregoriou’s Under 16 White played out a tough but fair match in a game of few chances as both teams cancelled each other out. A goal against the run of play was enough to give the White’s opponents the win. The Under 16 White were the better team in the second half and played most of it in the opposition half but just couldn’t find the back of the net. Man of the Match was Luke Stelios.

Kyri Georgiou’s Under 16 Greens lost 3-0 away with Demitri awarded Man of the Match.

Nick Zimaras’s Under 18 White conceded late goals after controlling the game having gone 1-0 up to eventually lose 3-2. Jacob and Cem scored the goals with also named Man of the Match.

Finally in the Under 15 Spring Shield, Nick Georgiou and Kenny Gregori’s Under 15 White came away with a 4-1 win away from home. It was a great team performance from start to finish against a very strong opponent to whom they had have previously lost 5-1 in the league.

Manager Nick was a proud coach as he said: “…despite having some players missing, we defended very well and put away our chances to score with some great goals. I’m very proud of the boys who worked extremely hard and deserved the win

What was also pleasing was the four goals were scored by four different goalscorers: Apostolos Tziatzios, Styli Chrysostomou, Andreas Georgiou and Alex Antoniou. Man of the Match was Stefanos Kizas.