Contrasting fortunes in the Cup for Omonia Youth FC teams 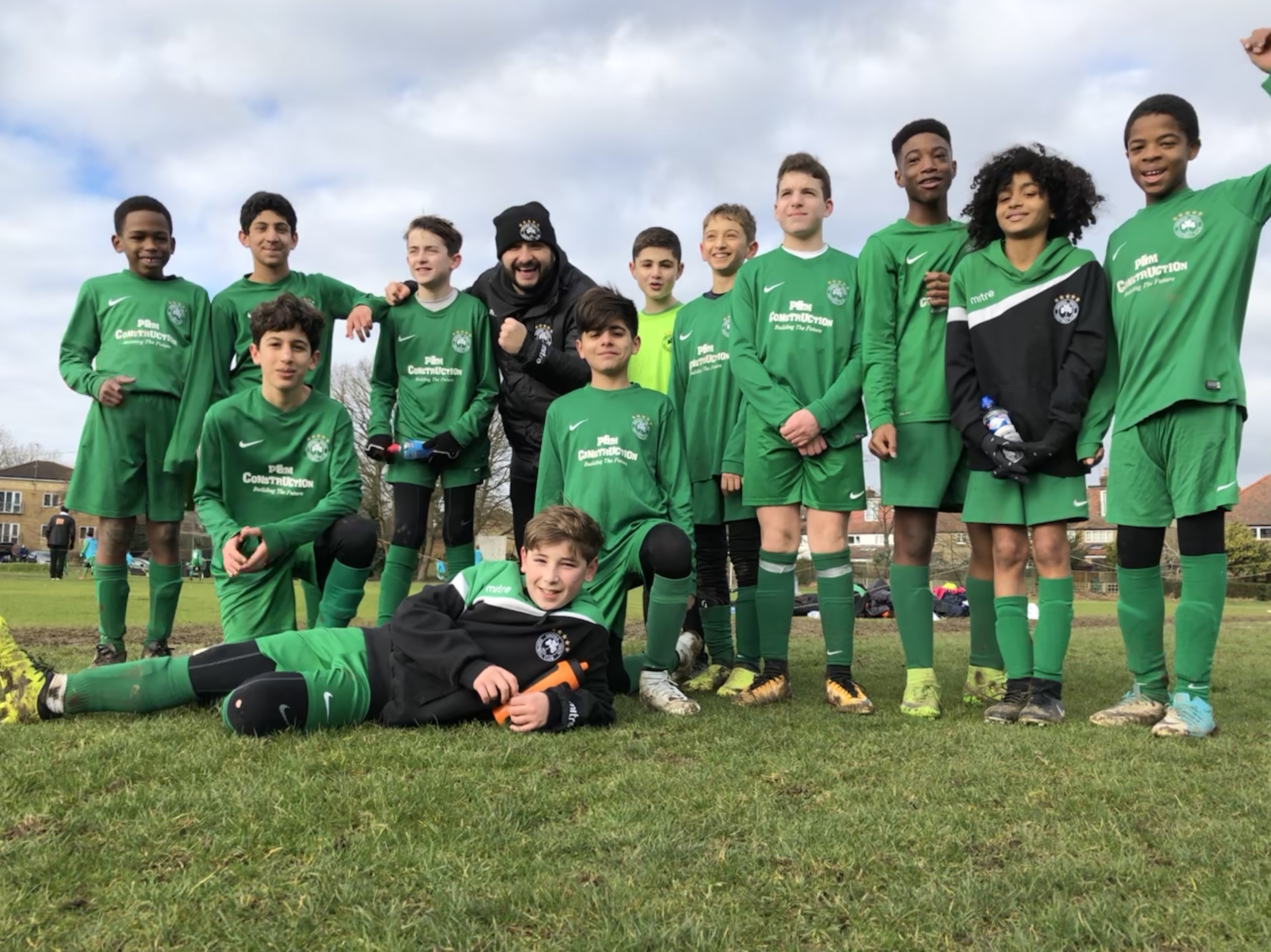 It was a day of contrasting cup fortunes for the many teams of community football club Omonia Youth FC, sponsored by P&M Construction UK Ltd.

Michael Pieri’s Under 13 White team ended a recent poor run of form by winning their opening match in Group A of the Spring Cup against a team two divisions higher. In an excellent performance which highlighted the teams’ quick and incisive passing, penetrating wing play and important third man runs, three superb goals were enough to win 3-2. Goals were scored by Tana Hussein (2) and Alfonso Rosselli with Michael Nicola named Man of the Match.

In the Challenge Cup quarter final, Mario Christoforou and Nick Lingis’ Under 13 Green progressed to the semi-final with a fine 5-3 win. In a brilliant performance, what was most pleasing was that all the goals were shared among five players. The scorers were Pedros O, Georgios C, George A, Erin M and Jack A with Pedros also named Man of the

Unfortunately the other two Under 13 teams suffered defeat, one in the league and the other in the cup.

Jimmy and Chris Mousicos’ Under 13 Gold suffered a 7-4 loss in the league with Charlie Mousicos (2), Louis Georgiou and Kayden Trey Virgo scoring the goals. Kayden was named Man of the Match.

In the Spring Cup George Sammoutis and Harry Theodorou’s Under 13 Silver were defeated 3-1 by a team in a division higher. The team put in a very good performance with Lucien scoring his team’s only goal on his debut and was also named Man of the Match.

In the league, Tony Kromides and Mario Stavrou’s Under 12 White worked hard and tried their best but lost 1-0. Sasha was named Man of the Match.

In the Mid Herts League Cup quarter-final Dean Dionisiou, Varney Michael, Mario Kleopa and Neo Petrides’ Under 15 Green won a hard fought cup tie at Turkey Street and will now take their place in the semi-final. The first half saw few chances created, despite the Under 15 Green dominating possession on a very difficult surface. The second half started much like the first half, with their opponents happy to have ten men behind the ball, however with 15 minutes remaining Omonia were awarded a penalty after Toby was brought down when through on goal. Top scorer George Stasi expertly despatched the penalty. With the game still in the balance Barsa Mirtahmasebi scored with a fine header from a corner to double the lead and with only five minutes remaining the game was won. Man of the Match was Luca Cardines

Savvas Zavros Under 12 Gold put on an excellent team performance winning with  Max Albrecht (2), Leo Capsalis and Charlie Philippou scoring the goals and Nico Shiamishis named Man of the Match.

Michael Petrou anhd Kyri Haili’s Under 14 White lost their first match in the Spring Plate, going down 2-0. Man of the Match was PG.

Omi Omirou’s Under 12 Green’s continued their excellent run with another win, winning 4-3. Jamal Mohammed (3) and Zach Omirou were the scorers. Louis Loizou was named Man of the Match.

Both Under 16 teams were defeated in their Challenge Cup quarter-final after facing opposition from a division higher.

Andy Kyriacou and Chris Gregoriou’s Under 16 White were beaten 5-1 in a tough game but the boys showed a good fighting spirit and played some good football. Gregory Georgiou scored the only goal with Chris Yiannitsarou named Man of the Match.

Kyri Georgiou’s Under 16 Green also went out in the quarter-final as they lost 4-2. Having taken a 2-0 lead and playing excellent football, the boys conceded 4 goals in the last 15 minutes. Solos got both goals with Michael Speers named Man of the Match. 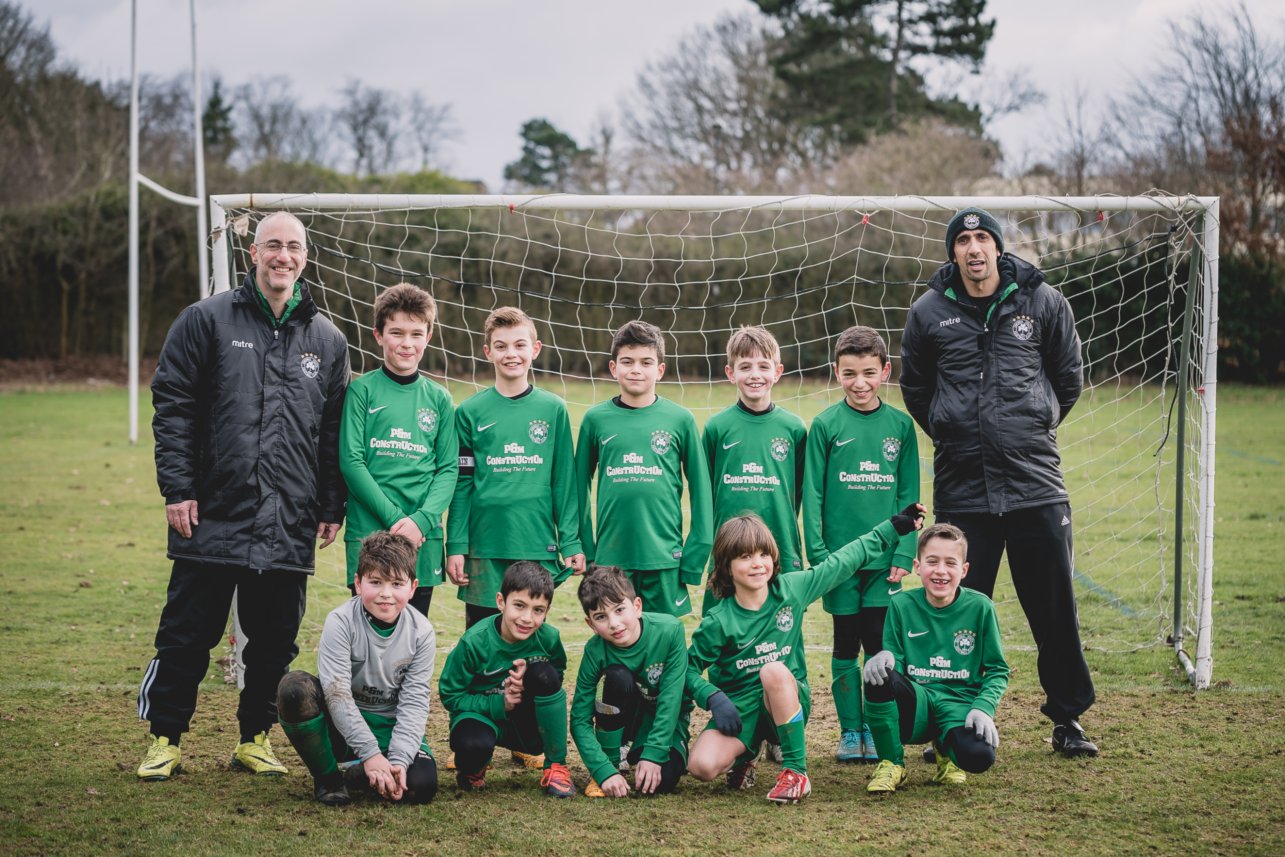