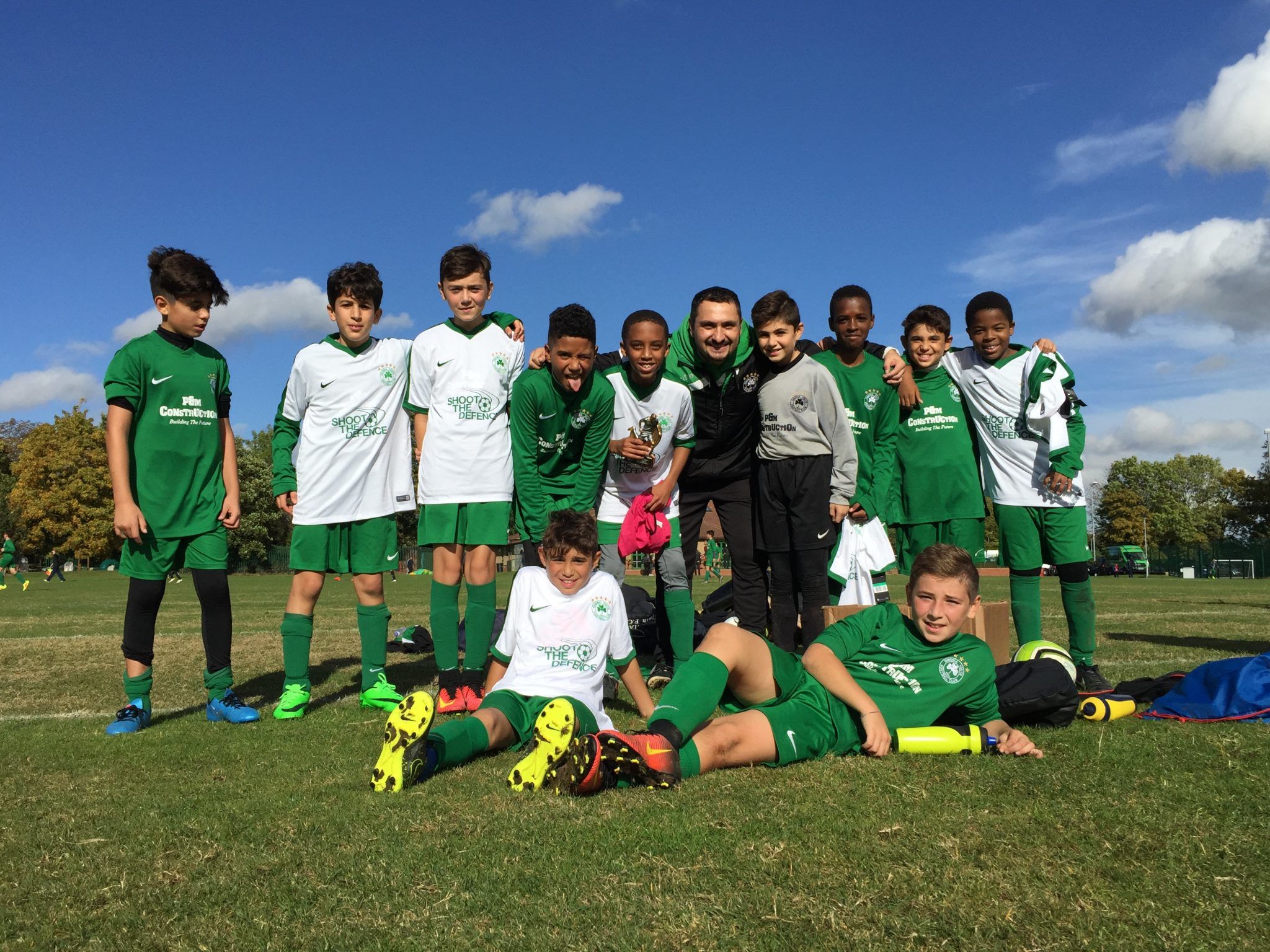 Community football club Omonia Youth FC, sponsored by P&M Construction Ltd, had a Sunday to remember as all the teams who played their home matches at the Radiomarathon Centre on Turkey Street, Enfield won! It was a fantastic clean sweep for all teams involved. Indeed it was a great day all round as no team tasted defeat.

First up were Nick Lingis’ Under 12 Greens who can’t stop winning at present. They won 3-2 thanks to a brace from Georgios and another from Raul. Louis Evgeniou was named Man of the Match.

Next up was Elia Constanti’s Under 16 Green who won 2-1. Goals from Amelio Georgiou and a penalty from Andrew Artimidis sealed the victory. It was a dominant performance with both Daniel Phillippou and Hamza Salim jointly earning the Man of the Match award.

Mike Pieri’s Under 12 White, playing only their second league game of the season, made it two wins out of two with a superb performance as they ran out 6-2 winners. Scorers were Anthony Fereos (2), Andreas Fereos, Vaughan Frederick, Nicholas Lecointe-Akore with a penalty and Owen Bluffield with a screamer. Man of the Match was given to Vaughan Frederick for some scintillating wing play.

Panos Papa-Michael and Andy Michael’s Under 13 Gold won 2-1 in a tough match. Man of the Match was Youssef Haboubi.

The last match of the day at Turkey Street saw Chris and Jimmy Mousicos’ Under 12 Gold post the biggest score of the day as they won 9-2. Goals were scored by Louis Georgiou (5), Kayden Virgo (2), Cem Poyraz and Charlie Mousicos. Man of the Match was Jay Tyler.
Elsewhere Nick Zimaras’ Under 16 White won 4-2 away in a very competitive and physical match. Max and Joe Ramos scored two goals each with Max earning the Man of the Match award.

Both Omonia Youth Under 14 teams won away from home. The Greens won 4-0 in torrential rain. Scorers were Toby Abbana, George Stasi, Louie Cooper and Clinton Beokojie. Man of the match was Louie Cooper. The Whites won 6-3 and their scorers were Louis Qamite (3), Harry Demothenous (2) and Stylianou Chrysostomou. Man of the Match was Harry Demothenous.
Chris Gregoriou saw his U15 White score another hatful of goals on Sunday as they won 9-3. Scorers were Chris Yiannitsarou (2), Antoni Gelagotellis (2), Greg Georgiou (2), Stavros Konstandinitis, Steph Kizas and Max Alan. Man of the Match was Chris Yiannitsarou
Kyri Georgiou’s U15 Green drew 2-2 with Michael and Yianni scoring. Man of the Match Nicolaus. Finally Harry Theodorou and George Sammoutis’ Under 12 Silver drew 3-3 in a thrilling match. Having gone 3-1 down, the Silvers battled back brilliantly showing great character and desire to earn a deserved draw. Goal scorers were Aman Khan, Oscar Hickley and Ben Pool. Joshan Patel was named Man of the Match.

Well done to all the coaches, managers, parents, supporters and players this weekend.