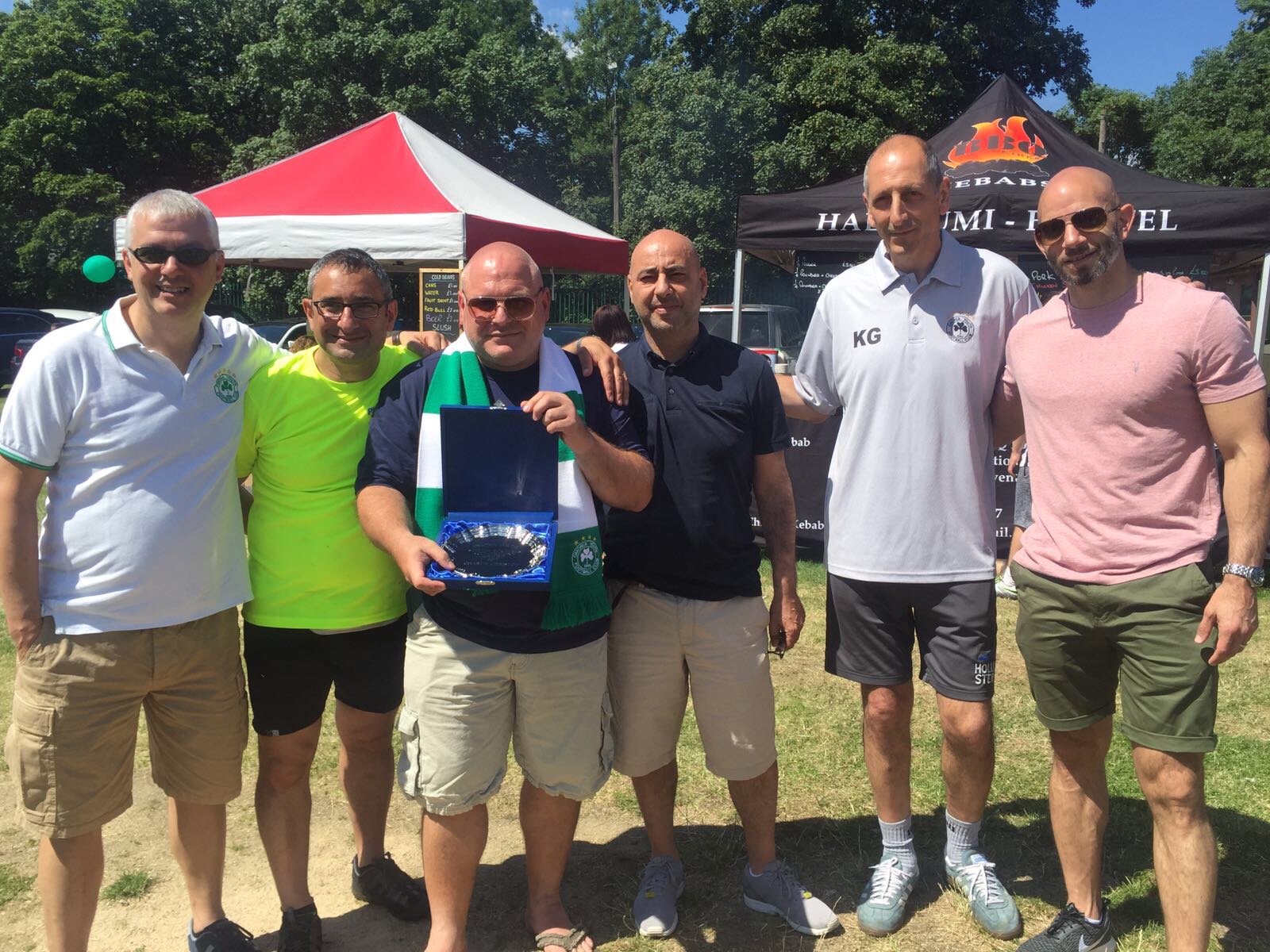 Ove the course of the day, every young footballer at the club was rewarded for their efforts during the season, as team managers and coaches were given the opportunity to review the season with their players and their families.

Luke Stelios, from the Under 15 White was rewarded for keeping the most clean sheets with Stefanos Pieri from the U12 White the runner-up.

The Andreas Kyprianou Top Goalscorer Award, is named after former Omonia Youth FC player and son of former chairman Kypros Kyprianou. The award was named after Andreas as he had completely dominated the award during his 10 years at the club. The 2017 winner was George Stasi of the U14 Green having scored an incredible 52 goals.

The Steven Toumbas Acheviement Award is a special award named in memory of one of the club’s former players, Steven Toumbas, who in December 2008 died suddenly at the tragically young age of 20 years old. Since this unfortunate and very sad time, the club decided to dedicate an annual award in memory of his name. The Steven Toumbas Achievement Award can go to any player or person associated with the club whereby nominations by managers and subsequent review by the committee will be assessed. The award winner receives a silver salver in their name to keep.

This year, the Steven Toumbas award was presented to Charlie Christofi, who for over a decade has served the club in various roles, not least as Treasurer for a number of years. Charlie’s enthusiasm and love for the club is well known and anyone who meets and talks to Charlie is immediately won over by his humour and sincerity; Charlie is truly one of the club’s great characters and in receiving the award, Charlie named several stalwarts of the club whose commitment since the club’s inception in 1994, endures to this day.

During a short speech, Chairman Michael Pieri summarised a successful season for the club both on and off the pitch, highlighting notable events such as the Dinner and Dance in December, the Summer Tournament and the club’s new website.

With wonderful weather, the day was another great success and again underlined the incredible community spirit which is at the core of the club’s values. Young footballers from different age groups enjoyed meeting each other, playing football with each other and enjoying the food that was on offer; traditional Cyprus souvlakia as well as traditional football match day burgers!

Parents and friends of the club mingled with managers and committee members to enjoy another successful Omonia Youth FC Presentation Day.