Brilliant football in the first Omonia Youth derby of the season 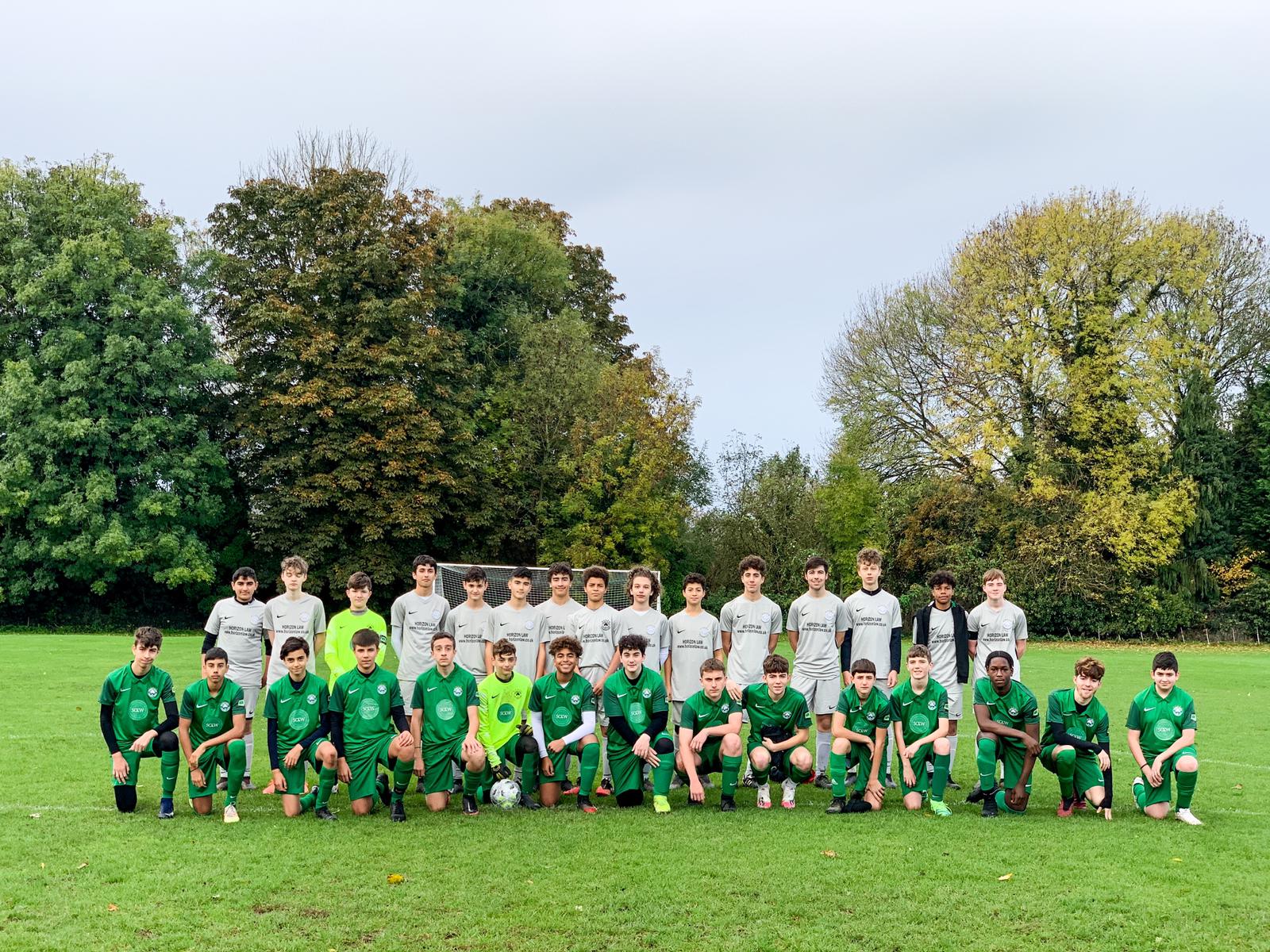 There were plenty of goals and plenty of great action for the many teams of community grassroots club Omonia Youth FC, sponsored by Spector, Constant & Williams, Vas Barbers and V Jewellers

With 31 teams and many playing in the same age group and same division, there are annually many Omonia Youth derbies and they are always a highly anticipated match for both sets of players, parents and coaches. On Sunday, Adam Demetri and Evagoras Mandrides’ Under 15 Silver and Savva Zavros and David Poncia’s Under 15 Gold teams faced off in the first competitive Omonia Youth derby of the season.

In an exciting match, both teams went toe to toe with each other giving the watching crowd fantastic end to end action. Respectable performances from both teams which was exemplified with good sportsmanship was one by just one goal, scored by Nicola of the Under 15 Silver. After the final whistle, coach Adam said: “It was great game of football today from both sides and all the boys should be proud of themselves. It was probably the best Omonia Youth derby I have been involved in with both teams playing exciting football. Well done to all who where involved.” Man of the Match was awarded to Johnny from the Under 15 Silver.

Michael Pieri’s Under 16 White were beaten after taking the lead early in the second half. Even though they were comfortable throughout, silly mistakes and not tracking players allowed the opposition to score four unanswered goals. Igor got the Under 16 White goal with Andreas Stavrinou named Man of the Match.

Meanwhile, Chris and Jimmy Mousicos’ Under 16 Gold grabbed another three points as they comfortably won 3-0. Louis G (2) and Dre got the goals.

Mike Koumi and Adam Broomfeld’s Under 13 White went goal crazy as their dominant football and outstanding play from start to finish yielded 15 goals in a 15-3 win. From front to back, every player  contributed and played their football. Goals were scored by Nick (5), William (4), Georgie (2), Chris (2), Harry and Man of the Match Thomas.

Alex Christofi and Serkan Nihat’s Under 14 White won again by a score of 6-2. They started the game strong and were very quickly 2-0 up but then allowed their opposition back in the game, going into half time tied at 2-2. In the second half, the Under 14 White stepped up gear and they started winning every lose ball to take command of the last 20 minutes where they were rewarded with four goals. Over it was a team performance. Goals were scored by Antony P (2), Joseph (2), Ioannis and Kaya.

Myri Demetriou and Kyri Eleftheriou’s Under 12 White were also dominant as they won 6-1 depsite only playing with 8 players. The team was focused and determined right from the first minute and played some fantastic football and created plenty of chances, going into a 5-0 half time lead thanks to a hat-trick from Charlie and two from Leo. The second half wasn’t as intense but the under 12 White were always in control with Leo completing his hat-trick. Overall it was a brilliant performance with both Myri and Kyri very proud coaches. Man of the Match was awarded to Charlie Constantinou, but it cold’ve been any other player.

Tas Georgiou’s Under U14 Green scored four unanswered goals to take all three league points. Some great goals were scored by Theo, Henry, Zach and Jamie with Zach Graveney named Man of the Match.

Nick Georgiou’s Under 18 Gold put up a much performance than last week as they won 3-0 thanks to goals from Styli Chrysostomou, John Young and Daniel David. Louie Capsalis was named Man of the Match.

Mary Tryphona and Abdullai Adejumo’s Under 11 Girls played their first league match, and due to the size of the squad now consists of two teams – the White and the Green. The Under 11 Girls White found a way to play as a team after a rocky start. They kept their heads high, kept battling throughout and enjoyed their game with smiles all round. Player of the Match was Georgia.

The Under 11 Girls Green were likewise happy to be playing and from the first whistle looked organised, holding their positions well. Melina and Ava playing in midfield kept running, showing real determination all over the park to win the ball and try to get it up the pitch. Ruby also made some great saves to spare the team a few blushes with her sister Cassia making some good tackles as well.

In the second half the team regrouped. Players like Tia and Faith got stuck in far more and the team showed real intelligence and awareness Special mention to Elysia K the ‘Player of the Match’ who was a great example throughout, showing real commitment, moments of skill and real determination even when the chips were down.

George Pantelides Under 16 Girls continued their good start to the season with an impressive display The girls were a little slow to start and nearly conceded in the first attack but got their composure back quickly. Maggy played really well in defence, keeping the opposition’s best player quiet. Lucia looked accomplished in goal as the team continue their goalkeeper rotation policy. They finally broke the deadlock with a smart finish by Kayla, after good work from Emilia on the right wing and Andrianna hitting the post.

Sophia Karanicholas’s Under 13 Girls were again outstanding, despite a 4-1 defeat. By the end of the match, they were by far the stronger team with the result not truly reflective of a performance. Sophia was particularly impressed with how the girls have been passing and playing as a team and moving into space off the ball. Player of the Match was Hollie for a stellar performance in defence and in the centre of midfield. Hollie won the ball back more than any other player, and was always composed with the ball!

The Men’s team, sponsored by Crown Mobile Tyres, Athletic Development Club, The Master Locksmith, CJAZ Consulting and RAMEK asset management were not in action this week.