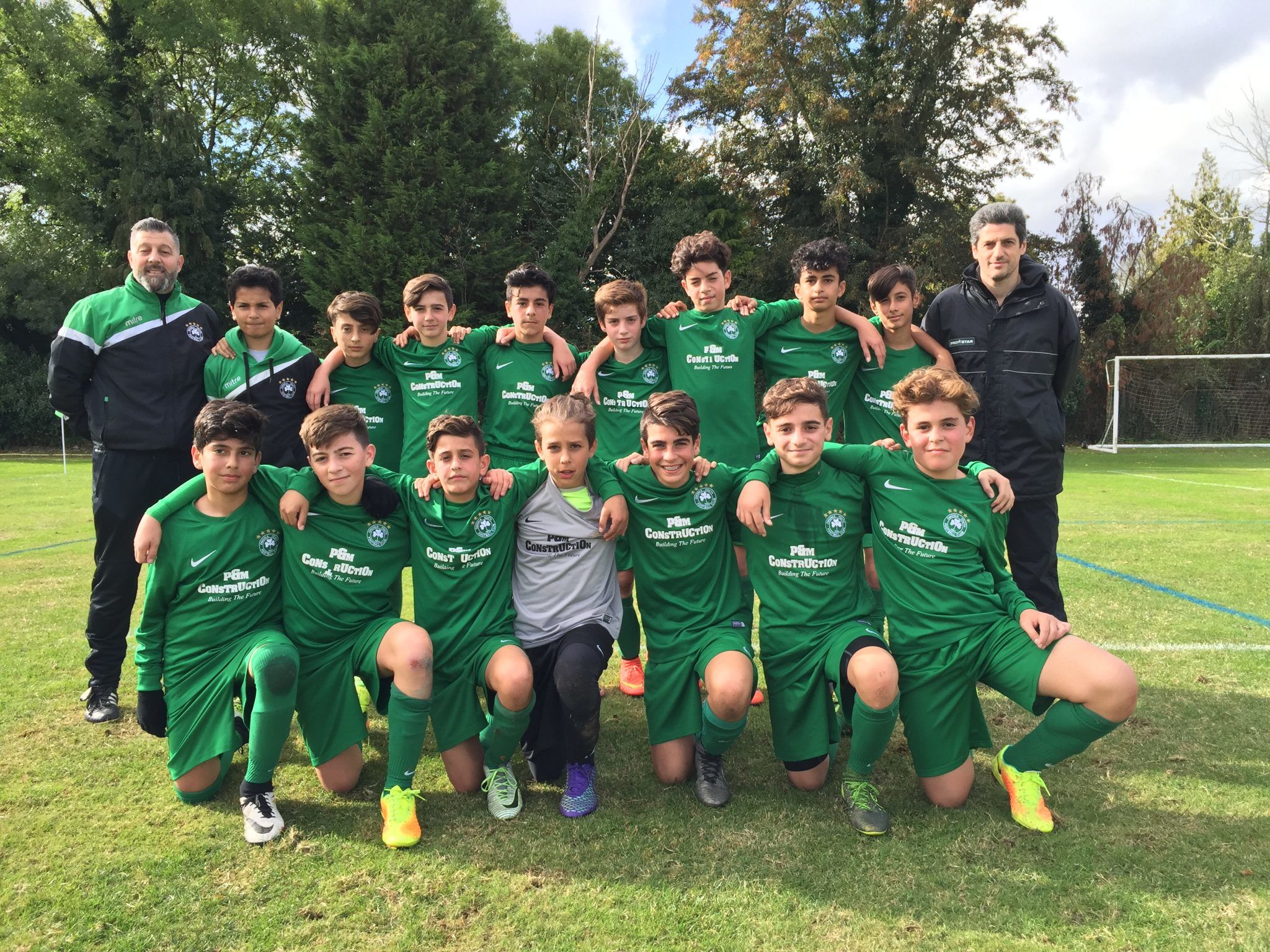 Community football club Omonia Youth FC, sponsored by P&M Construction Ltd, had plenty to celebrate as many of their teams posted significant results thanks to brilliant displays.

Even though some fixtures again had to be called off due to the inclement weather, there was plenty of positivity.

The result of the week came from Panos Papa-Michael and Andy Michael’s Under 13 Gold who brushed aside with ease their opponents in the League Cup Quarter Final. In a stunning display of attacking football, they scored eight unanswered goals to take their place in the last four.

Andy Charalambous’ Under 14 White were defeated in a top of the table clash, going down 4-0. In an unusually lethargic performance, manager Andy heaped praise on his defence and goalkeeper for their work rate and effort and awarded them the Man of the Match award

The Under 12 Gold and Green played their second Omonia Youth Derby of the season and this time Chris and Jimmy Mousicos saw their Gold team beat Nick Lingis and Mario Christoforou’s Green to reverse the defeat they suffered before the winter break, winning 3-1.

Coaches and managers of both teams commented the positive nature of the match with both proud of their players and the watching parents.

Man of the Match was awarded to Lewie Francis whose penalty save when the scores were 1-1 was considered a pivotal moment in the match changed the game. The Gold goals came from Cem Poyraz (2) and Kayden. The Green goal was scored by Louis Evgeniou, a clever back heeled effort.

Michael Pieri’s Under 12 White were brilliant as they swept past their opponents winning 6-0 playing wonderful football. Manager Michael praised his team for their display which was exemplified by multi-pass moves across the pitch and having possession with purpose. Goal scorers were Alfonso Rosselli (2), Vaughan Frederick, Nicholas Lecointe-Akore, Andreas Fereos and own goal. Man of the Match was awarded to the whole team.

Finally, Nick Zimaras’ Under 16 White played very well in a 4-1 home win. The boys controlled game throughout and could have had 4 or 5 more goals. Goal scorers were Joe Cannon, Rosley, Alexander and Jacob. Man of the Match was Matt Evans.