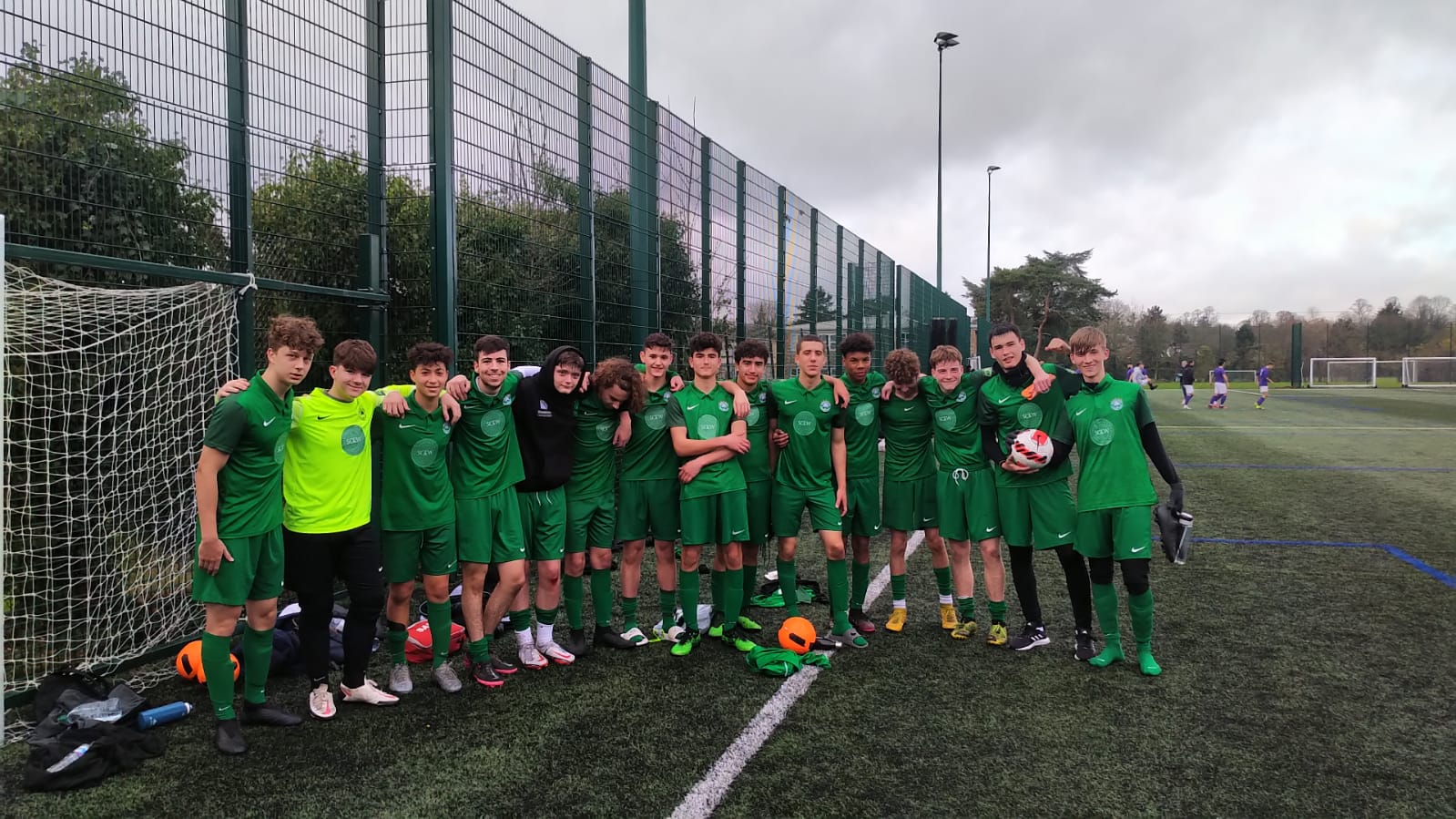 There were some battling performances from the may teams of community grassroots club Omonia Youth FC, sponsored by Spector, Constant & Williams, Vas Barbers and V Jewellers.

First up, Sophia Karanicholas and Samuel Arthur’s Under 14 Girls won a close contest 1-0 in what was described as the best team performance yet from the girls. The match was a big challenge for the girls against an evenly matched team. It was a great game to watch with plenty of end-to-end action with both teams creating plenty of chances. What was pleasing for both coaches was the togetherness and teamwork the team showed. Indeed, they were told before the game that the only way to come away with something from the game is by working together and maintaining concentration throughout. The girls heeded the advice and were switched on throughout, but most importantly never gave up. Sophia wanted to thank Under 16 Gold coach Savva who had to step in at the last minute to referee the game and he “(…) ran the game brilliantly.” The winning goal was scored by Player of the Match Sophia Turner who never gave up and lead by example in midfield. Sophia Demetri was also commended for her incredible composure and confidence on the ball to spread the play well.

Savva Zavros and David Poncia’s Under 16 Gold were also 1-0 winners last weekend with a performance that was described as ‘brilliant’. It has been very evident that the team have upped their performance level and they are reaping the benefits as they are now also playing with real confidence and commitment. The 3G playing surface at home really allows them to play how they are coached and coach David said: “I am very pleased for them as they are coming along really well and giving themselves a brilliant chance in the league.” Gino got the only goal of the game with Louca named Man of the Match.

Mike Koumi, Adam Broomfield and Panny Panayiotou’s Under 14 White won a close, hard fought game in very difficult conditions. The very muddy pitch meant moving the ball on the ground was very difficult which inevitably meant the first half was very scrappy with few chances created. A positive team talk at half time and a slight adjustment made had the desired effect with the Under 14 White using the width of the pitch creating chances. The first goal came from some nice team play while the second goal game from a superb cross-field pass that opened up their defence. The opposition scored with ten minutes to go which led to some nervous moments but the boys saw the game out to win 2-1. Nick and Chris for the goals with Thomas named Man of the Match for a superb all action central midfield display.

The Under 12 Girls were forced to ‘borrow’ some players from the Under 11 squad due to some absences and both the Eagles and the Falcons performed brilliantly.

Kerem Denizer and Paul Pavlou’s Under 12 Green showed their character on Sunday as they battled hard playing with two players down. Kerem was extremely proud of his players who adapted very quickly to a control and pass game and not just booting the ball away. Special praise to Zac Frangou who played great in a display that included three goal line clearances. His passing was accurate too and he has shown he play in defence as well as attack. Huseyin-Emre played a controlled game, feeding the ball forward where possible, clipping the post and taking another shot on goal. Noah Arthur came out on top in his 1 v 1 battles, while Leo Zachary showed great resilience. There was fantastic spirit from new signing Adam who created many opportunities in the box and gave the boys a huge boost in the last ten minutes. A 5-1 win was just reward with Jemiah Edwards (4) and Noaj Arthur getting the goals. Adam Choudhury was named Man of the Match.

Michael Pieri’s Under 18 White made it seven wins in a row in the league to finish the day top of the table. In a very scrappy first half against a determined opponent the Under 18 White were ponderous on the ball and very reactive but went into halftime 1-0 up thanks to a goal from Noel Allen. A stern half time talk led to a far different performance with the boys responding in the expected way; popping the ball quicker and moving their opponents about. Two further goals from Igor Gomes-Matos gave the Under 18 White a comfortable lead before their opponents for one back. Man of the Match Igor completed his hat-trick with the goal of the game, bending his run superbly to run on to a beautiful through-ball from Noel Allen. Igor then held off the defender before smashing the ball home. Brilliant.

Mike Petrou’s Under 18 White-Plus struggled to score in the first half after missing a few good chances including a penalty. The second half saw the boys up their game with right back Tom getting the first as the Under 18 White-Plus plundered five unanswered goals to win convincingly.  Louis Petrou grabbed a hat-trick to take him to 23 goals for the season Oresti scored late to complete a 5-0 win.

Myri Demetriou and Kyri Eleftheriou’s Under 13 White were finally able to field 11 players after a few weeks having to contend with injury and illness. The boys’ performance was described as ‘heroic’ against a very good team and they came away with a 2-1 win. In the first half they pressed the opposition effectively, retrieving the ball in their opponents half to then play some lovely intricate football. The Under 13 White scored two great goals – one a beautifully lofted shot from fullback Alex and then a pile driver from Donik. The second half required the Under 13 White to battle and the boys dug deep. Even after conceding, they gathered themselves and started managing the game well to see the game through. Both Myri and Kyri were rightly proud of their team.

Adam Demetri and Evagoras Mandrides’ Under 16 Silver knew they were in for a tough afternoon playing the runaway leaders of their division and still several players still out. But, the boys battled hard and made it hard work their opponents even though they went into the half time break 2-0 down. The Under 16 Silver made a few changes at half time and come out fighting with some good football, but just couldn’t finish in the final third. A long range effort from their opponents made the score 3-0 but the boys continued to play football, determined to get something from the game which they did with some great football on the left for Jardel to get a goal. Thei was named Man of the Match.

The Men’s team, sponsored by Crown Mobile Tyres and The Master Locksmith put in what can only be described as a disastrous performance and registering their heaviest defeat losing 8-0 to Omonia London FC. After winning the reverse fixture two weeks, this was payback for the giants of the KOPA as they reasserted themselves with some ruthless finishing.