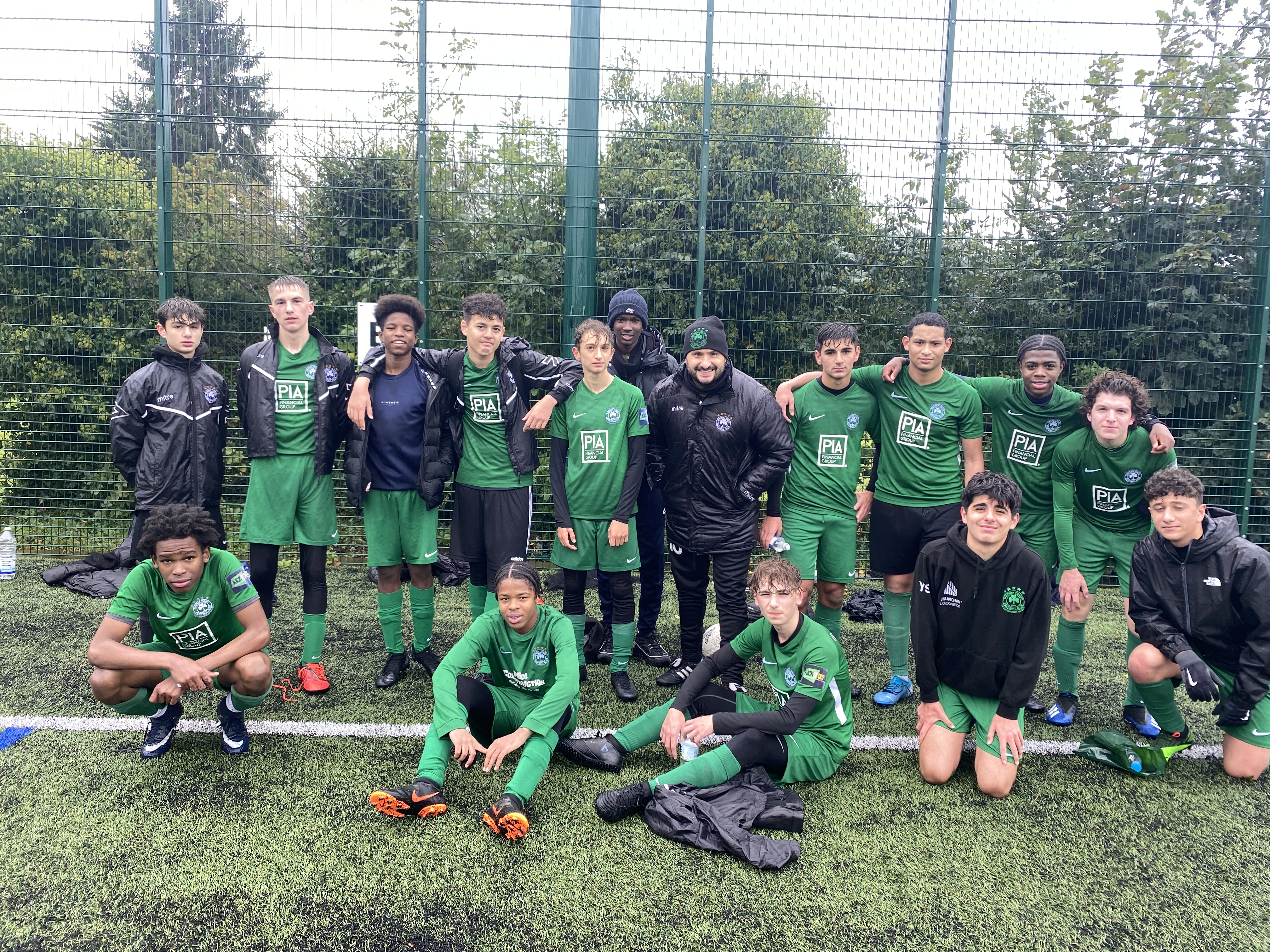 The poor weather and wet conditions unfortunately postponed many fixtures for community grassroots club Omonia Youth FC, who are sponsored by Spector, Constant & Williams, Vas Barbers and V Jewellers. Even so, some games did go ahead.

Michael Pieri’s Under 16 White got their first win of the season in a local Enfield derby. The boys went 1-0 up with a well-worked goal and went into half time in the lead.

At the start of the second half, the opposition equalised but the Under 16 White hit back immediately to regain the lead. A third and fourth followed to seal the win.

The team were praised with manager Michael saying: “The boys have had a tough start to the season but training the last few weeks has focused on certain aspects of playing style and patterns of play and they put this into practice on Sunday. They were brilliant, worked hard, scored some excellent goals and deserved their win.”

Erdal scored twice to take his tally to three in four games. Noel scored a fine individual goal and Santino smashed home a 25-yard blockbuster. Santi and Noel were named Man of the Match.

Chris and Jimmy Mousicos’ Under 16 Gold also won 4-1, and continue their good start to the season. In a dominant performance in possession the boys created plenty of opportunities and while the match turned scrappy in the last 20 minutes the boys held their own against a physical side. Goals were scored by Bobby, Kristian, Louis G and Cem.

Tas Georgiou’s Under 14 Green gave everything in tough conditions against one of the league’s top teams but succumbed to a 6-1 defeat. Up until half time, the game was tight and the Under 14 Green were only 2-1 down but in the second the opposition scored four great long range goals to take the points. The Under 14 Green goal scorer was Jamie Gordon with Charlie Johnson named Man of the Match.

Mike Koumi and Adam Broomfeld’s Under 13 White started slowly in what were very difficult conditions. They conceded an early goal and were not threatening the opposition goal and went further behind. Midway through the second half the Under 13 White gained a foothold in the game, started playing their football and dominated the rest of the game to score three goals including a screamer of a free kick from Thomas who scored twice and Nick getting the other goal. Andrew was named Man of the Match for a dominant midfield performance.

Nick Georgiou’s Under 18 Gold ad a tough match and lost 7-0 against very strong opposition with no subs and injuries leaving them having to play with 9 players for most of the game. Man of the Match was awarded to Michael Vassiliou

The club’s Men’s team, who are sponsored by Crown Mobile Tyres, Athletic Development Club, The Master Locksmith, CJAZ Consulting and RAMEK asset management had a rest week this week and are back in action next week.