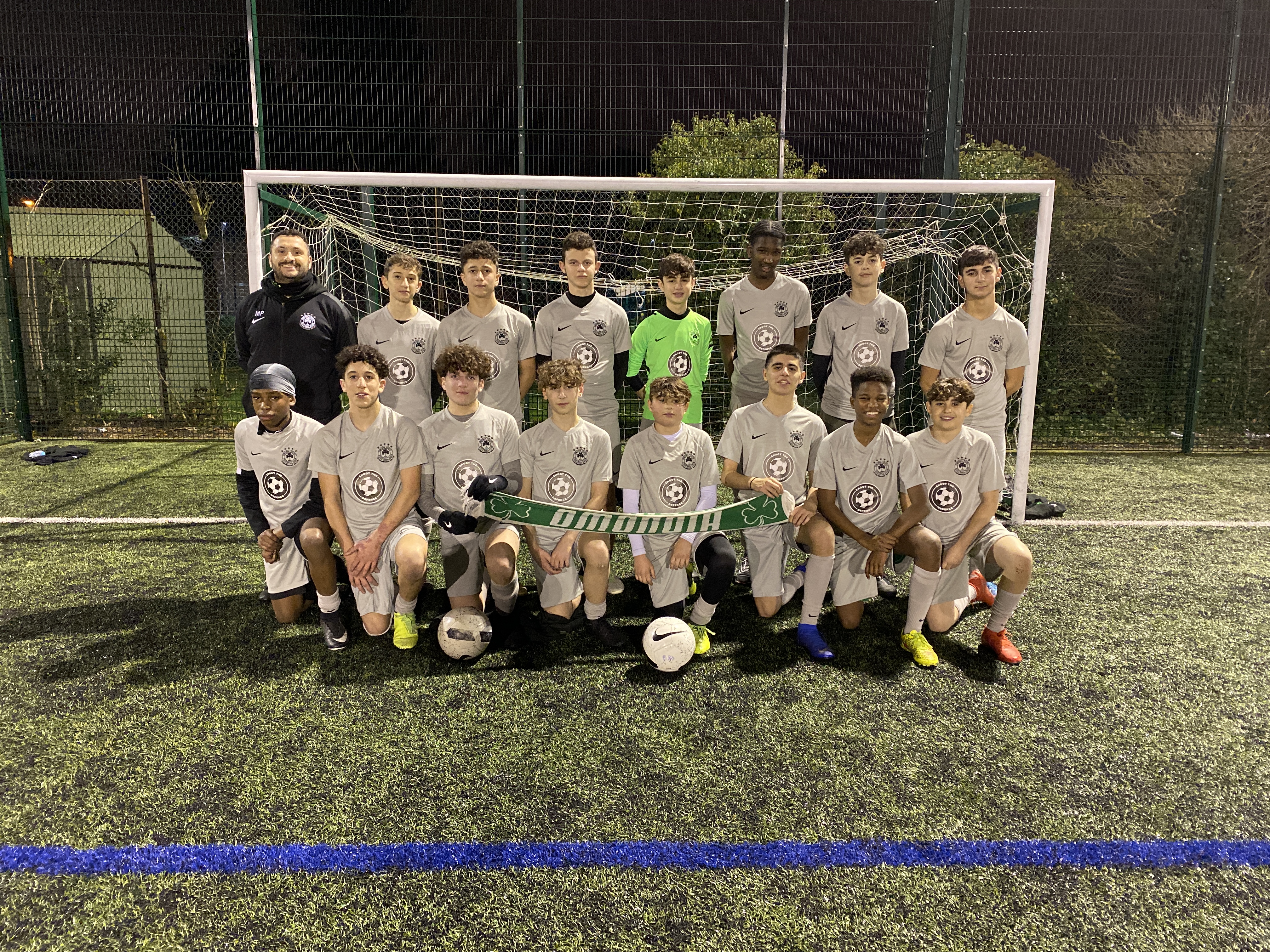 The poor weather over the last week meant that many of the available pitches were flooded and unplayable. This bad weather unfortunately disrupted many fixtures for community grassroots club Omonia Youth FC, sponsored by PIA Financial Group and Philip Ross Solicitors as many matches were cancelled.

There were some matches played though, with Mike Koumi and Adam Broomfeld’s Under 12 White continuing their current good form. Playing against a strong opponent, a lack of concentration allowed the opposition to go one up early but the Under 12 White started playing their passing game to go into the half time break 2-1 up. A dominant second half performance saw the boys score three further outstanding team goals. After that they took their foot off the grass in the last few minutes where they conceded again but they did more than enough to take all three points in a 5-2 win.

Goals were scored by Chris (3), William and Thomas. William was named Man of the Match who controlled the midfield.

In the Spring Cup, Michael Pieri’s Under 15 White came up against opponents two division above them and in title contention so this was always going to be a very tough game. Managing expectations can be tricky at grassroots level and this was a match where the team were told was an opportunity to test themselves against a top team in the top division.  The boys went out and produced an outstanding where they held their own for the first 35 minutes. Two lapses in concentration were clinically punished at the end of the first half as they went into the break 2-0 down. The boys were then given an objective to win the second half which they did and with a little more composure could’ve got the draw. Michael was very proud of his team as he said: “Even though the boys lost 2-1, in this defeat, they learned so much about their potential. There was effort, concentration and playing to a plan which nearly saw them pull off an upset. Well done to them all.” Emmanuel O-Nzeh got the goal with the whole team rightly named Man of the Match. Both the Under 15 Gold and the Under 15 Silver also lost their cup-tie with the Under 15 Gold losing 3-1 in the League Cup quarter-final tie and the Under 15 Silver losing 3-2 in their Spring Plate tie.

Zeno Vryonides and Vas Simou’s Under 12 Green had to play on a very difficult pitch in what turned out to be another example of the proverbial match of two halves. Having had to contend with contentious calls the Under 12 Green went into the half time break winning after playing great football with plenty of accurate passing and lovely attacking play. The second half was altogether very different and they were eventually defeated 6-4.  Alec (2), Ryan and Georgie go the goals with Freddie named Man of the Match for a solid display at the back.

Finally, Savva Zavros and David Poncia’s Under 14 Gold were dominant as they retained possession for the best part of the game. It gave the coaches the opportunity to rotate players in positions they are not used to playing in and the boys stepped up to the mark. Savvas said: “It was impressive to see players understanding each other’s roles. Even though some players were playing out of their comfort zone, they didn’t moan, maintaining one hundred percent commitment throughout the game.” The Under 14 Gold won 5-1 with two of the goals rather special; one a stunning volley and the other a brilliant fre-kick from outside the box. Goals were scored by Ky, Leo, Harry, Jon and Mustafa.

For the club’s non-competitive teams, match day is an opportunity to enjoy a match and put into practice what they learn during training. All three Under 8 teams played at the weekend and all three enjoyed their matches.

George Sammoutis and Harry Theodorou’s Under 8 Silver had a great game of football where all the boys showed real confidence and enjoyment. The togetherness and camaraderie among the team was evident throughout as the team played their best game of the season.

Mario Demetriou, George Kettenis and John Praou’s Under 8 White had another enjoyable game boys and there is plenty of evidence to show that they are gelling into a good team and forming great friendships. Jason Xavier and Stelios Petrou’s Under 8 Gold rearranged their game to ensure the team got to play and in a high scoring game the boys showed great footballing skills. Should you feel enthused and want to know more about Omonia Youth FC, you can contact the club at omoniayouthfootballclub@hotmail.com, via the contact page on the club’s website www.omoniayouthfc.com as well as following the club on twitter @OmoniaYouthFC and Instagram @omoniayouthfc1994.