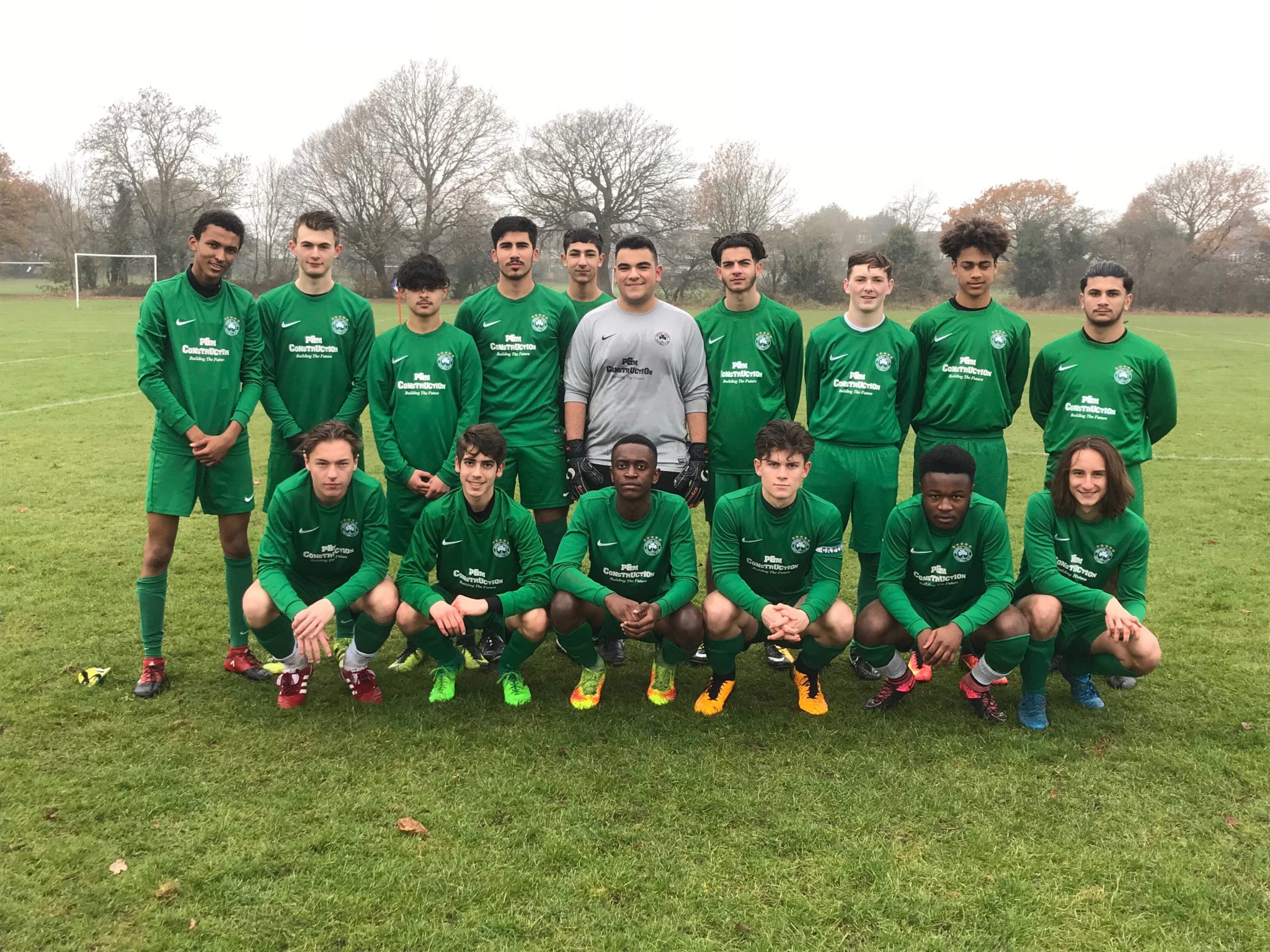 Chris Gregoriou and Andy Kyriacou’s Under 16 White were one of the teams that braved the conditions and played in the snow away in a public park in terrible conditions for football. However, the Under 16 White came away with a positive result having won 2-1 thanks to hard graft, grit and determination.

The Under 16 Whites took the lead mid-way through the first half with Alex running onto a great through ball to slot home into the bottom corner. This was followed by some slack defending from right on halftime which gifted the equaliser.

The conditions got progressively worse as the snow fall got heavier and heavier and it took a thunderbolt of a shot from outside the box into the top corner from Jahleel to seal a much deserved win. Goal scorers were Alex Androutsos and Jahleel Cole. Man of the Match was Nick Gregoriou who gave a solid performance at centre half.

Kyri Georgiou’s Under 16 Green also had to contend with horrible conditions but went down 3-1. The Under 13 Green took the lead but conceded three goals before half time leaving them with a mountain to climb in the second half. Having completely dominated the second half, the Under 16 Green should count themselves unfortunate not to have got at least one goal back as they hit the wood work three times and missed a penalty.

Goal scorer was Stelios Minas with Andreas Georgiou named Man of the Match.

Chris and Jimmy Mousicos’ Under 13 Gold went ahead in their Challenge Cup tie but could not convert the excellent opportunities they created to go further ahead and succumbed to efficient finishing from their opponents to eventually lose 7-1; a score that did not reflect the performance. Louis Georgiou got the only goal with Jay Tyler Constantinou named Man of the Match.

Finally, Nick Zimaras’ Under 18 White got a long overdue win at home. They went 1-0 up before half time with a powerful header from Cem, after Charlie’s pinpoint corner. The Whites found themselves 2-1 down after having missed two good opportunities to extend their lead. However the boys showed fantastic character and continued to play their football and eventually came out on top 5-2 with further goals from James, Rosley, Joe and Cem with a superb overhead kick. Cem was also named Man of the Match.

Omonia Youth FC will be hosting a Poker Evening on Tuesday 30th January. If you are interested please contact the club.