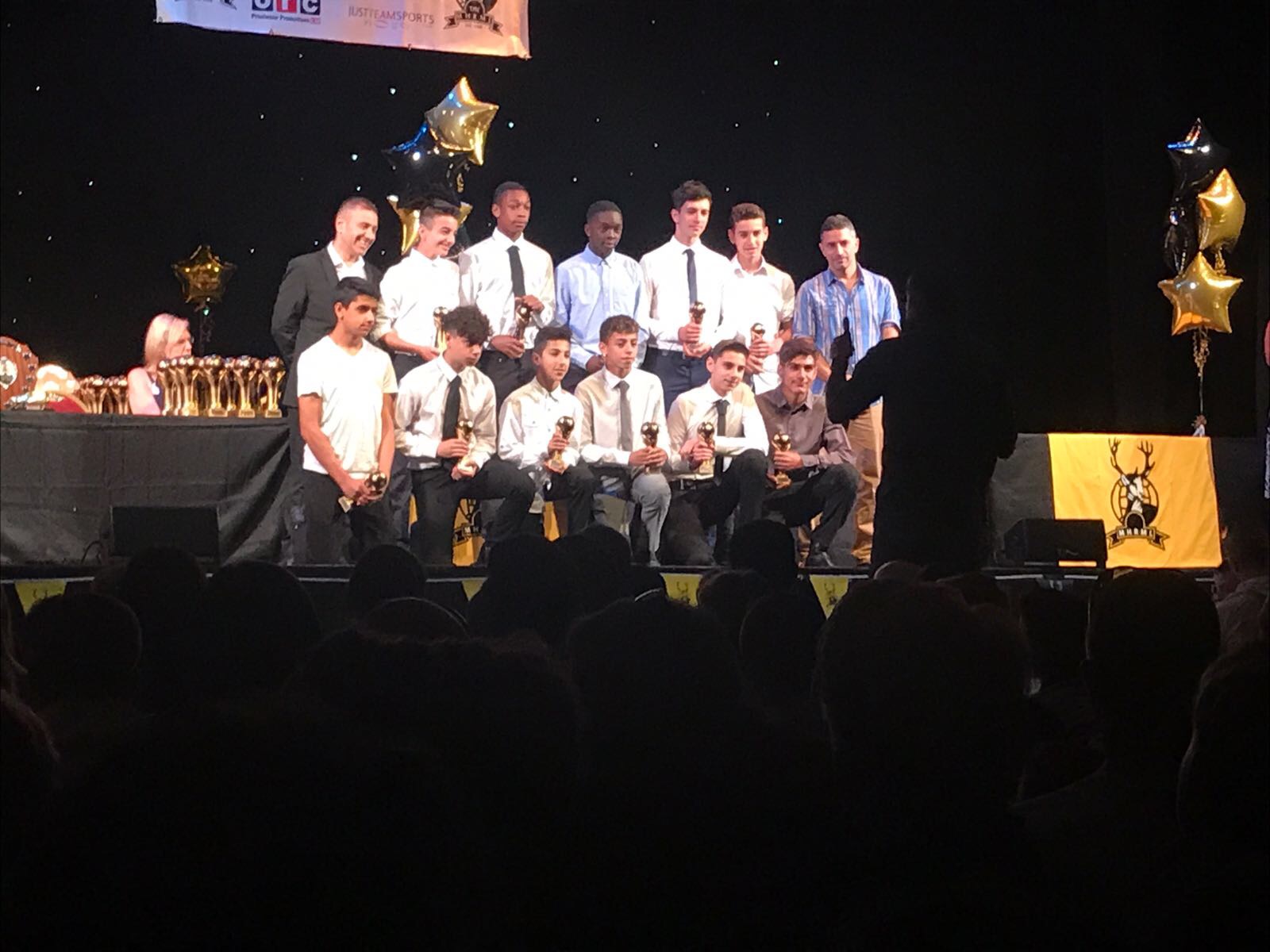 Firstly the team, who compete in the Premier Division, collected their runners-up medals (see photo). It has been an impressive season for the team who play in an extremely competitive division of high quality. The team were also the top scorers in the division having scored 119 goals in 20 league matches.

The second accolade of the evening was awarded to U14 Green striker George Stasi who won the Golden Boot award having scored an incredible 45 league goals. Not only was he the top goal scorer in the Premier Division but he was also the overall top goal scorer for all five divisions – a fantastic achievement.

Finally, as the ceremony was coming to an end, the team were commended on their appearance on having turned up to the event looking smart and pristine. Clearly the boys are not only talent footballers but fashionistas too!

Well done to the team. The Management Committee of the club extend heartfelt congratulations to the players, parents and of course to the coaching and management team which is made up of Dean Dionisiou, Neo Petrides, Varney Michael and Mario Kleopa.