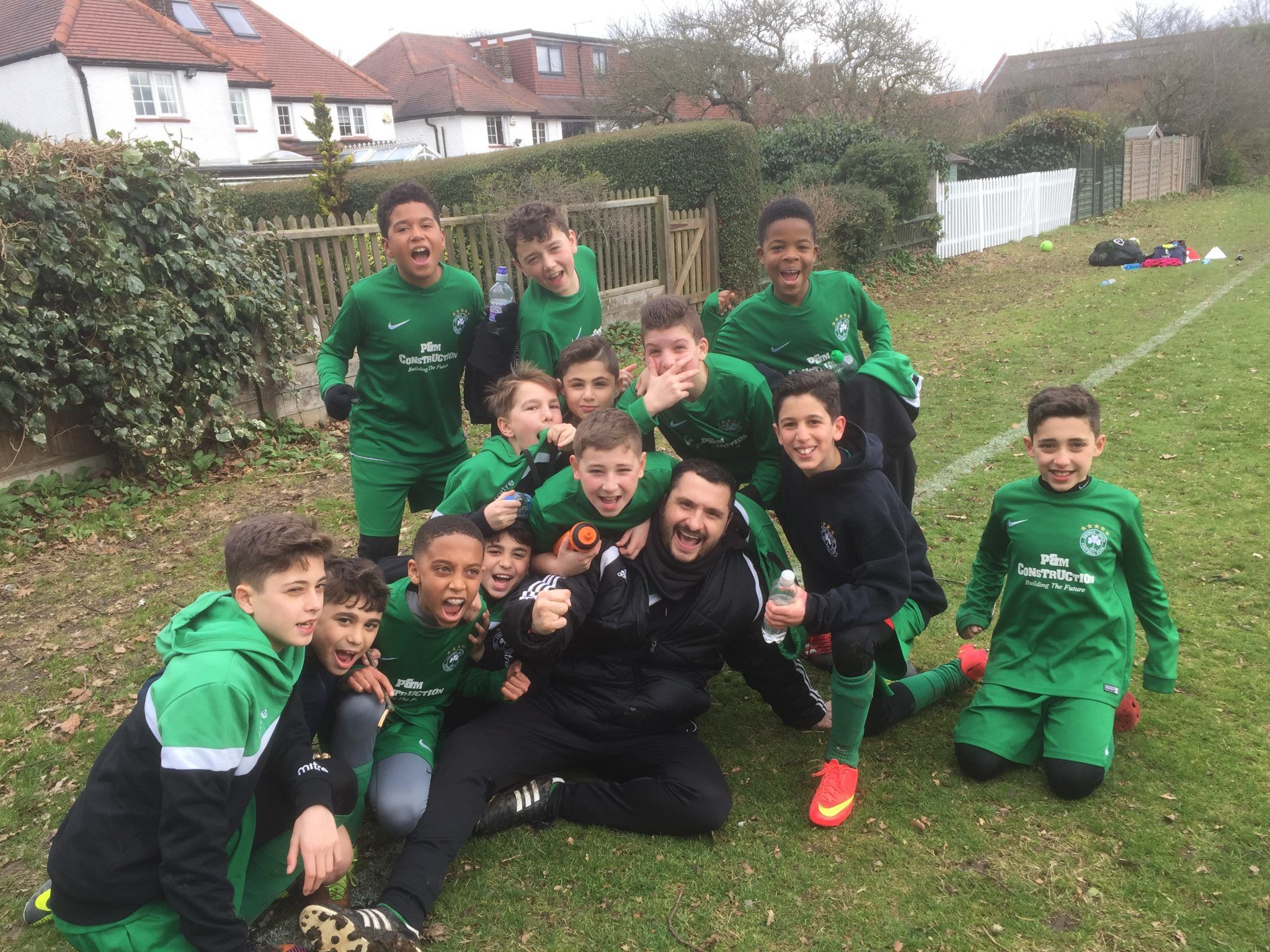 As we approach the business end of the season, Omonia Youth FC teams will be battling for league points and places in the next round of various cup competitions.

This past weekend several teams suffered defeat but there were also important wins for others. As always, Omonia Youth FC, sponsored by P&M Construction Ltd, encourages positivity and even in defeat, there is always a positive consequence which young footballers can take away and use as part of their development.

Chris and Jimmy Mousicos’ Under 12 Gold continued their recent good form as they won their Challenge Cup quarter final tie against a team a division higher. It was a great performance by the team as they won 2-1 and take their place in the semi-final.

Louis Georgiou and Rhodos Stylianou were the scorers with Jawden Miah named Man of the Match.

In League action, Michael Pieri’s Under 12 White gained revenge for their defeat to the same team the previous week, running out convincing 3-0 winners. It was a terrific performance by the team who showed great character and determination to take three important points in the quest to win their division.

Santino Raia, Nicholas Lecointe-Akore and Alfonso Rosselli were the scorers. Anthony Fereos was deservedly named Man of the Match for his all action and disciplined display.

Kyri Haili and Mike Petrou’s Under 13 White 2-1 in what was a must-win match to make the final of the Spring Plate. Louis Petrou got the goal with goalkeeper Luca Coles being named Man of the Match.

In the Under 13 League Cup Semi-Final, Pano Pap-Michael and Andy Michael’s Under 13 Gold were humbled as they crashed to a disappointing 9-0 defeat.

Despite the setback, there were some positives with some boys showing great character. Man of the Match was given to two players. George Constanti who showed his class as a player when he is free from growing pains and Luca Michael who was well composed under difficult circumstances and having to play out of position.

Kyri Georgiou’s Under 15 Green lost 5-2 in the Spring Cup. The score was not reflective of a fine performance against a team in a higher division. With only a few minutes to go the score was 2-2. Yianni got both goals and was also named Man of the Match.

Andy Charalambous’ Under 14 White were superb as they beat a team in a higher division 2-1 in the Spring Cup. Goals were scored by Louis and Nik Zlatkov whose goal was described as “…a banger…” by his delighted manager. Man of the Match was Harry Demosthenous

Elia Constanti’s Under 16 Green lost 3-1 to the team at the top of the table and likely champions. Even though they lost, the team should take pride in a very good performance. Unfortunately a few errors at the end of the game allowed their opponents to score the winning goals. The Greens had taken a deserved lead but couldn’t hold out. Goal scorer was Charlie Constanti from the penalty spot and Man of the Match was Luke Hadjithemistou.

Nick Zimaras’ Under 16 White had a game to forget losing 8-2. Too many mistakes costing the team possession and goals.

Finally, Chris Gregoriou’s Under 15 White got back to winning ways with a stunning result in the Spring Plate winning 6-2.