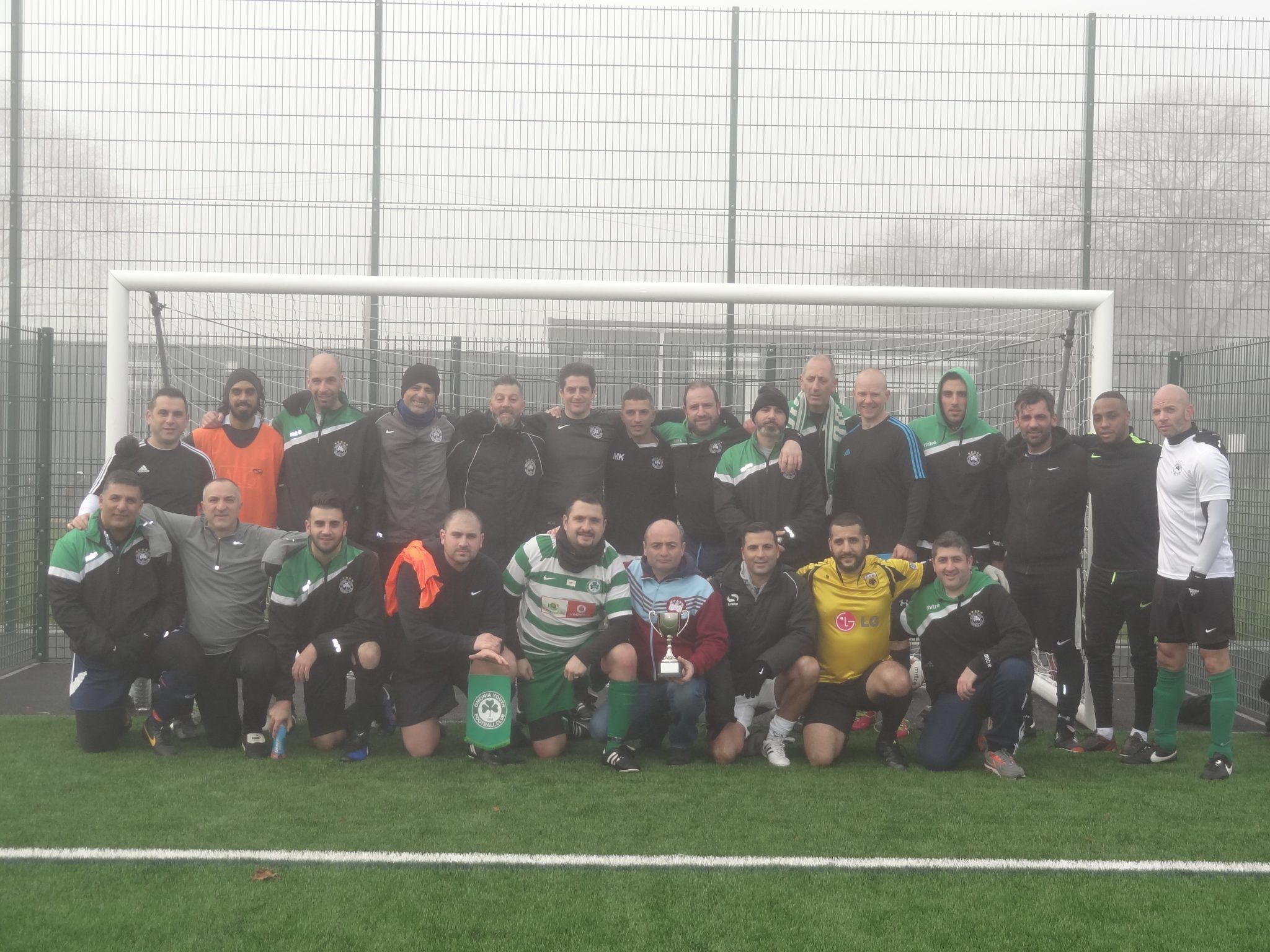 While most people were enjoying a well-earned Christmas lie in, on the morning of Wednesday 28th December 2016, 24 coaches and managers from Omonia Youth Football Club arrived at the 4G Astroturf facility in Barnet Lane to play in their annual Christmas match.

What was different and significant about his year’s match was that the teams were playing for a trophy, named after Kevin Nottage, to commemorate the decade of service he gave to the club. It was with great sadness that the club learned that Kevin passed away after a long battle against cancer earlier in the year. Kevin was a former Manager, Welfare Officer, qualified Referee, club WFL representative and Committee Member. A selfless individual, anyone who knew Kevin described him as a true gentleman and someone that always had a positive attitude towards life. He embraced everything that he did with energy and thoughtfulness and his contribution to Omonia Youth FC, which spanned a decade, was immense.

All the players who played in the match contributed a playing ‘fee’ and the total collected donated to the charity chosen by Kevin’s family.

The club were heartened and honoured to have Kevin’s family in attendance for the match and the charity chosen to receive the £480 raised is the Willow Foundation, the only national charity working with seriously ill young adults to fulfil uplifting and unforgettable ‘Special Days’.

As the teams took their place on the field, referee Mary Kizas got the game under way.

In a committed encounter with both teams eager to come out on top, Chairman and U12 White manager Michael Pieri opened the scoring with a sliding tap in after some great work from Development coach Khalil on the left wing. As the match edged towards half time, Adam Demetri, the U8 & U11 Silver manager scored with a speculative effort. Was it a cross? Was it a shot? It didn’t matter, it was a goal!

The second half got under way and after some tactical tinkering, vice-chair Kyri Georgiou saw his team take the lead with a stunning effort from U10 White coach Alex Christofi, who jogged past two defenders before smashing the ball past the Girls Squad coach George Pantelides in goal. That goal proved to be the winner with Kyri’s team the first recipients of the Kevin Nottage Memorial Trophy.

A thoroughly enjoyable and tiring match ended with a few well-deserved drinks. A ‘Man of the Match’ was chosen from both sides. Former chairman and U16 Green manager Elia Constanti and U9 Gold manager George Constantinou were the respective recipients.

The club would like to thank Kevin’s family for attending, M&A Coachworks and the parents of the U14 Green who donated the trophy for the match, Club Secretary Mary Kizas for refereeing the match and of course the managers and coaches who played in the game and donated a playing fee for charity.

The day was another example of the community spirit of the club; the camaraderie and solidarity among all the managers and the dedication to ensure the work of previous officials, managers and parents, like Kevin, is not forgotten. It is important to the club that their legacy is not forgotten and is used as an inspiration for the next generation of players, managers and parents to ensure Omonia Youth FC continues to be a positive and safe sporting outlet for the youth of the community.