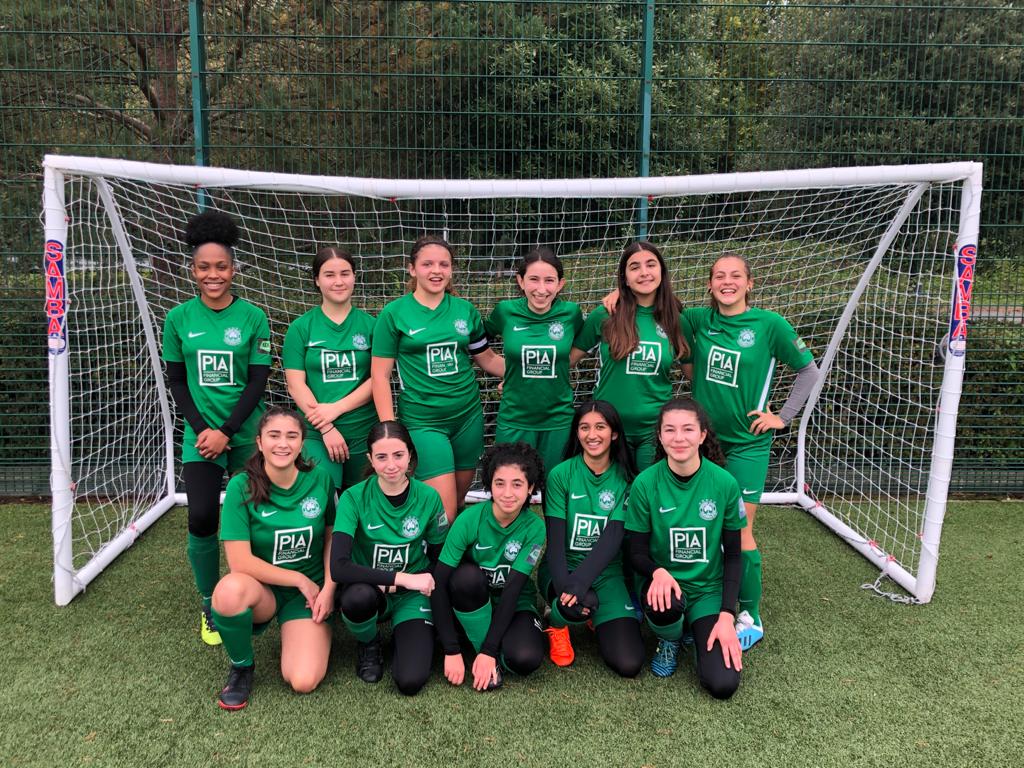 Community grassroots club Omonia Youth FC, sponsored by Spector, Constant & Williams, Vas Barbers and V Jewellers saw all three of the club’s girl only teams play their first match of the season last weekend with the Under 11 Girls enjoying their first ever game for the club.

Sophia Karanicholas and Samuel Arthur’s Under 13 Girls ran out 4-1 winners in a performance, which showed progress from last season.   Having gone 1-0 up, they were pegged back to 1-1 with 15 minutes to go. Last season such a setback would have seen heads drop but the resilience and perseverance of the girls encouraged a collective determination as they pushed for the winner and scored three more times to take all three points.

The new girls who have joined the team have integrated fantastically and this was demonstrated by the confidence they showed on the pitch with one being named player of the match.

Sophia wanted to thank Savvas Zavros, our Under 15 Gold manager, for the support he has shown the team, acting as a mentor and stepping in to referee when needed.

George Pantelides Under 16 Girls also had a winning start to the season. Playing in a new league this season a narrow 1-0 victory was reward for all the pre-season training the team have been doing.

In what was described by George as “…an encouraging performance…” he highlighted many individual performances: There was exceptional defending from Sapphira, Nicole and Player of the Match Lucia. The girls struggled to find their rhythm early in the game but had a few chances early on with Aleesa and team captain Christina going close. Aleesa was soon to find the target with a strong drilled shot after good work from Sapphira and Christina sending the watching fans wild! Emilia made a great point blank save to keep the score at 1-0.  The second half was mostly pressure from the Under 16 Girls with Christina, Kayla and Emilia all having chances to score.  Maggie, Mary, Lydia and Andrianna covered every blade of the synthetic grass to support their teammates. It was a fun start to life in the East Barnet HGS Under 16 league with happy faces at the final whistle.

Finally, the club’s newest team, Mary Tryphona and Abdulai Adejumo’s Under 11 Girls played their first match for the club in a friendly game. Mary was bubbling with pride as the team showed an amazing never give up attitude. Most importantly all the girls enjoyed themselves and with this being their first ever match, there was improvement with every passing minute. The girls never out their heads down and kept battling throughout the match.  Mary said: “I am so, so proud of them. We have a great squad who will improve and develop.” Player of the Match was awarded to Mahdi some amazing saves in goal.

Alex Christofi and Serkan Nihat’s Under 14 White were very dominant in their match but could not convert the many chances they created. Even so, they ran out 4-2 winners with Man of the Match Yullian scoring a hat-trick and Jensen s coring the other goal as the team continue their good start to the season.

Mario Yiasemi’s Under 14 Gold also won even though they were not at their best and had to come from behind to win 2-1. The opposition made some outstanding saves to keep the Under 14 Gold attackers at bay while the score was 1-1 but the boys kept battling to the end, with Arda eventually scoring the winner scoring his second and winning goal. Ibrahim was named Man of Match.

It was full house of wins for the Under 14 age group as Tas Georgiou’s Under U14 Green won 3-2 away from home. Two goals from Man of Match Jacob Roberts sealed the win to add to a goal from Jamie Gordon. It was a pleasing performance; especially considering the boys lost their regular keeper and were playing one of the division’s top teams. The spirit shown was superb as they took all three points in a tight and well-contested game.

Mike Koumi and Adam Broomfeld’s Under 13 White were 4-2 winners in a straightforward victory. A fast start should have seen them three goals up but they had to wait until midway into second half to score. Their opponents scored soon after, thanks to a loss in concentration by the Under 13 White. A stunning shot from outside the box by Chris restored their lead and two quick fire second half goals secured the points before a late consolation penalty for the opponents. Georgie (2), Nick and Chris got the goals with William named Man of the Match for a dominant midfield display.

Zeno Vryonides and Vas Simou’s Under 13 Green lost to the unbeaten team who sit top of the division. The boys gave it their all, created some great play and few chances but could not keep up with the away team strength.

Nick Georgiou’s Under 18 Gold lost 2-0 at home in the cup. It was a disappointing result with too many errors, which, unfortunately for the team, were taken advantage of by the opposition.  Despite the effort and attempts on goal, the boys could not turn the game around. Michael Vassiliou was named Man of the Match an display.

Chris Gregoriou’s Men’s Team, who are sponsored by Crown Mobile Tyres, Athletic Development Club, The Master Locksmith, CJAZ Consulting and RAMEK asset management played in the first ever Omonia Derby at Men’s level in the KOPA league. Coming up against the reigning champions was always going to be a tough task but the team have shown improvement week on week and this was no exception as they battled hard against one of the league’s top teams. They lost 4-1 but showed enough over 90 minutes positive signs to take into the next with confidence. The goal was scored by Steven Wright with Donaldo named as Man of the Match. 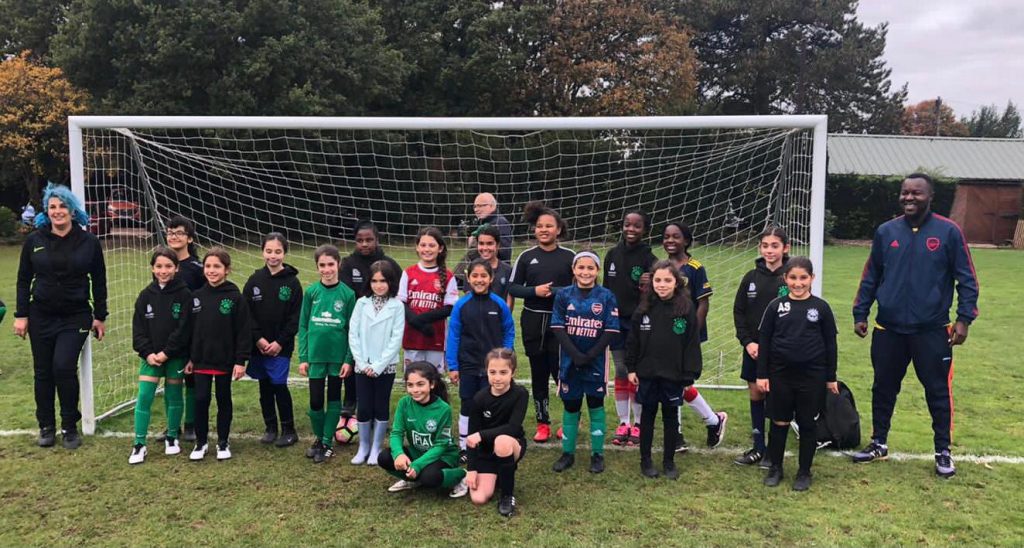 First ever match for the Under 11 Girls 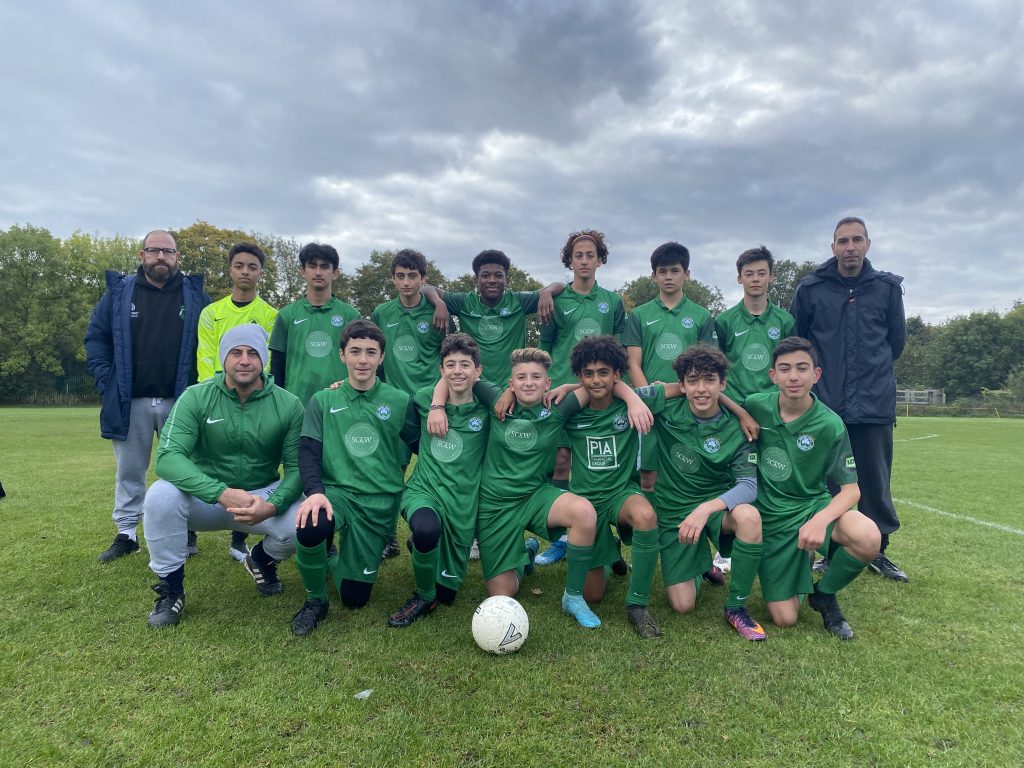 Great win for the Under 14 White