A day of mixed fortune for OYFC 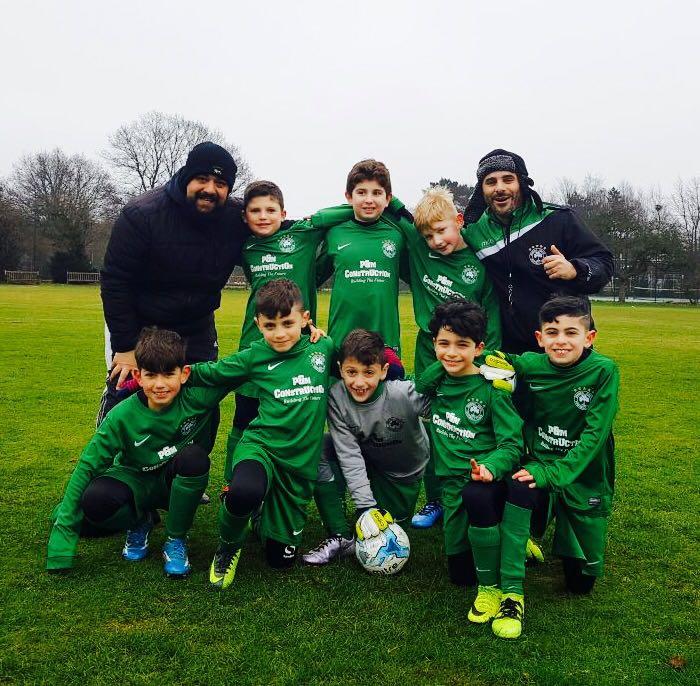 There were some mixed results for community football club Omonia Youth FC, sponsored by P&M Construction Ltd last Sunday. Despite the defeats, there were enough positives to celebrate both from team and individual performances.

There were cup where Omonia Youth teams up against opposition in higher divisions and this was evident in some games.

Andy Charalamnous saw his Under 14 White lose 9-0 to a well organised and strong side from a higher division in the Spring Cup. Man of the Match was Anthony Gregori

Demi Shiamishis’ Under 13 Green lost 5-2 in their Spring Cup match. Man of the Match was Michael Petinou.
The high flying Under 15 White  managed by Chris Gregoriou fell back down to earth in the Spring Plate as an uncharacteristic display saw them lose 6-1.

Kyri Georgiou’s Under 15 Green also lost in their Spring Cup fixture to a team clear at the top of a higher division. 9-0 was the score. Man of the Match was Andreas.

There was Spring Cup success with Kyri Haili and Mike Petrou’s Under 13 White winning 3-0. Goals were scored by Louis Petrou (2) and Adam Curran. Man of the Match was David Preece.

In the Mid Hertts Cup quarter final, the Under 14 Green stunned their opposition with another classy display to win 9-1 and move to the last four.

In the league, Elia Constanti’s Under 16 Green were defeated 4-0. Panos Papa-Michael and Andy Michael also tasted defeat as their Under 13 Gold lost 3-0. Man of the Match was Youssef Habibi.

Nick Zimaras’ Under 16 White won away 3-2 but had to battle hard to take the victory. Having gone 3-0 up, their opponents staged a comeback by the White’s held firm to take all three points. Goals by Rosley, Cem and Maciek. Man of the Match was Cem.

The Under 12 teams had plenty of reason to celebrate on Sunday. Nick Lingis and Mario Christoforou’s Under 12 Green earned a point in a 4-4 thriller to keep in touch at the top of their division. Goal scorers were Raul Amin (2), Jack Anastasi and Cos Georgiou. Every player has now scored this season for the team which is a fantastic achievement. Man of the Match on Sunday was Valentino Nicolaou.
Jimmy and Chris Mousicos’ Under 12 Gold also won. The 2-1 victory keeps them nicely placed and in contention at the top of the table. Goal scorers were Louis G and Jemal. Man of the Match was awarded to Aaron and Louis.
Finally, Michael Pieri’s Under 12 White came back from 3-1 down at half time to run out impressive 8-3 winners. It was indeed the proverbial game of two halves!

Before the goals starting raining in, it is worth acknowledging that two excellent saves in the first half by Stefanos Pieri kept the deficit to two goals. Panos Chambi was the goal scoring hero, netting five second half goals and was rightly awarded the Man of the Match award. Anthony Fereos, Andreas Fereos and Alfonso Rosselli got the other goals.

A special mention to Zeno Vryonides’ Under 9 Green for the brilliant development they have shown this year. Parents and coaches are very proud of their progress. Well done!