A day of comebacks for Omonia Youth FC teams 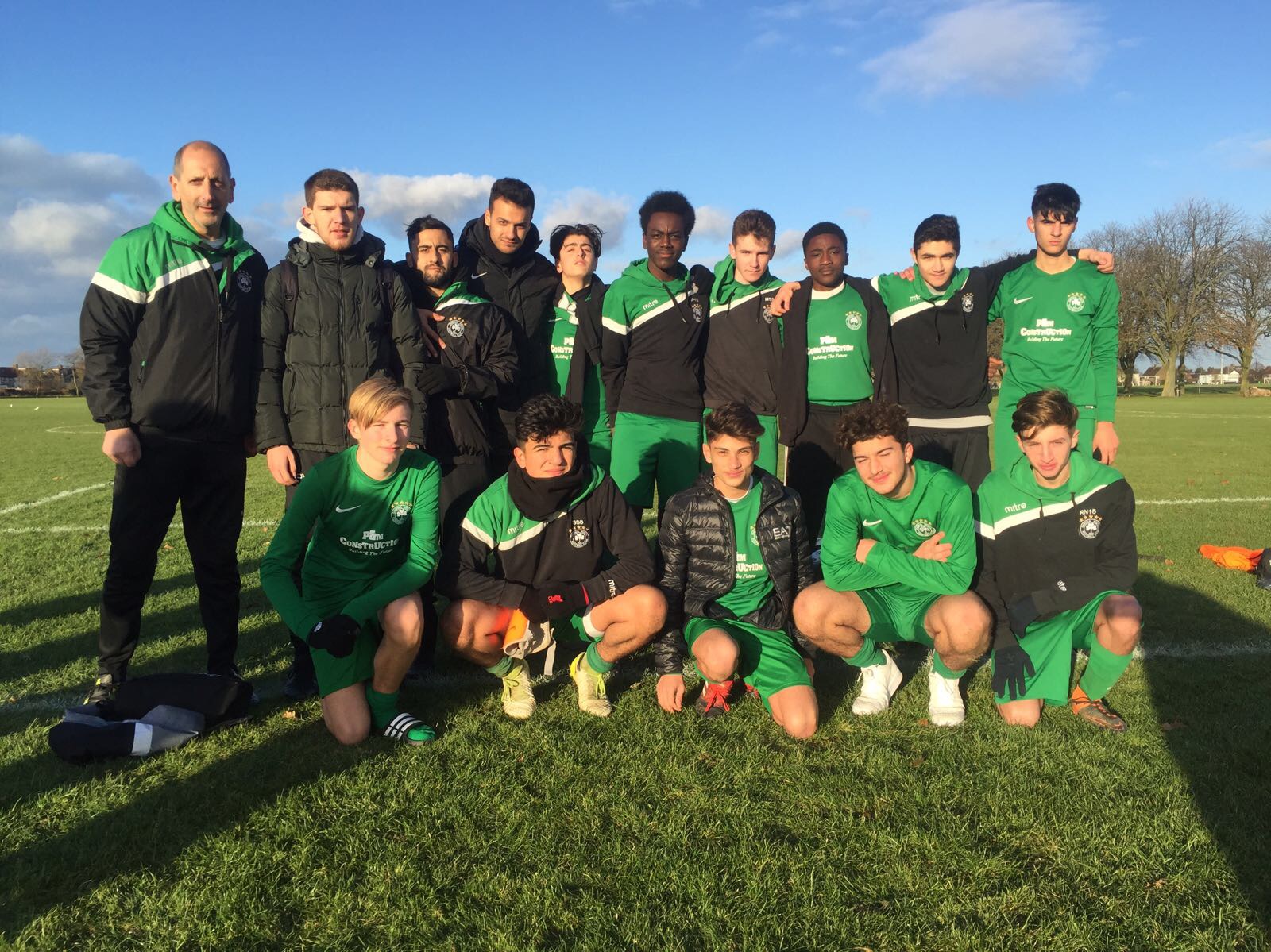 Both Under 16 teams were in Challenge Cup action and both had to come from behind to secure their quarter-final place.

Chris Gregoriou and Andy Kyriacou’s Under 16 White arrested a run of recent defeats with a good performance at home. Having started slowly, this early lethargy resulted in conceding the first goal. Michael Patsias then equalised with a fine long distance lob as the teams went into half team on level terms.

The second half saw the Under 16 White play good football and finish the stronger team thanks to goals from Antonis Gelagotellis and Alex Androutsos for a 3-2 win. Man of the Match was Andre Grant.

Not to be outdone, Kyri Georgiou’s Under 16 Green left it very, very late to stage their comeback. Playing against a team that had yet to lose a match this season, going a goal down was no real surprise. However the team continued to play the better football and created many good opportunities. Having missed a penalty to equalise and with the clock ticking down, it seemed the Under 16 Green would go out of the cup. With just a few minutes remaining though, Jamal was played through and his first time shot nestled into the bottom corner of the net. With the match looking likely to go into extra-time, Stelios Minas broke the opponent’s hearts with a well-placed shot to win the game with virtually the last kick of the game. It was no more than the Under 16 Green deserved and along with the Under 16 White will now take their place in the last eight of the cup. Match winner Stelios Minas was also named Man of the Match.

Michael Pieri’s Under 13 White also got back to winning ways but they too also had to come from behind. Lapses in concentration gave their opponents a deserved 2-0 lead before Tana Hussein got a goal back on the stroke of half time with a fine volley. The second half saw the Under 13 White dominate possession and creating many goal scoring opportunities, eventually scoring three unanswered second half goals from Alfonso Rosselli (2) and Godwin Obeng which saw them win the match 4-2. Kyle Lapompe was named Man of the Match for his attacking threat and positional discipline.

Panos Papa-Michael and Elia Constanti’s Under 15 team who play in the London Youth Premier League beat Jason Roberts foundation 2-1 thanks to Youssef Habibi who got both goals.

Performance of the week goes to Mario Stavrou’s Under 12 White who won their league match 7-1. In a game where the boys showed good passing, strong defending and great set up play, manager Mario was proud of his team as he said “…our boys played superbly, showed great sportsmanship and did the club proud. Well done lads!”

Goals were scored by Agim (2) Mikey (2), Louis (2) and Val. It was difficult to pick a Man of the Match but Louis just shaded it.

Jimmy and Chris Mousicos Under 13 Gold narrowly lost 2-1 with Charlie Mousicos being named Man of the Match along with Rhodos Stylianou.

Savvas Zavros’ Under 12 Gold also came away with a defeat suffering a 4-0 defeat. Tayla Aydin was named Man of the Match.

In the Mid Herts Cup and challenging the Under 12 White for performance of the week was Dean, Varney, Neo and Mario’s Under 15 Green who put on an excellent performance to thrash their opponents 8-1.
A scrappy first half saw the Under 15 Green go in front midway through the first half and added two further goals before half time. The opponents thought the got back in the game with a penalty early in the second half but this was just a catalyst for the Omonia boys to play to their potential as the Under 15 Green added five further goals with some really good individual performances and some great team goals
Coach Dean said: “It was an excellent performance on a poor surface by the Under 15 Greens and we have now progressed through to the quarter finals of the Mid Herts Cup. Well done all.”

Goals were scored by George Stasi (4), Tobenna Abana (2), Angelo Michael (2) and Lawrence Young. Man of the Match was awarded to Lawrence Young for an excellent all round and dominant midfield performance.
Mike Petrou and Kyri Haili’s Under 14 White let a two goal lead slip as they went down 4-2. Louis Petrou and Adam Curran scoreds the goals with Adam Curran and Eden Zadka named Man of the Match.

Nick Georgiou and Kenny Gregori’s Under 15 White lost 2-0 away. Man of the Match was Alex Pike
Nick Zimaras’ Under 18 White got themselves back in the game with two goals in last 10 minutes to make it 2-2 in the Cup away only for a mistake to gift the opposition the winner in the last minute with extra time looming. Both goals by Joe Cannon who was also named Man of the Match.

Harry Theodorou and George Sammoutis’ Under U13 Silver drew 1-1 in a game where they missed several opportunities to grab the winner. An excellent performance nonetheless with Riswan Biswas scoring the goal and Joe Tullis named Man of the Match.

Adam Demetri’s Under 12 Silver also drew 1-1 in what Adam described as a “…great game of football from my boys who played so well and deserved the win but the boys won the game on so many other levels.” Nicola got the goal with Mario Stavro named Man of the Match.

George Pantelides Under 13 Girls lost 1-0 but manager George and coach Alex were more than pleased with the performance. George said: “It was great fun to watch and a really enjoyable game of football. We experimented a few players in different positions too but couldn’t manage a goal. The girls played really well and deserved a goal to celebrate.”

Player of the Match was Zoe Leahy who was composed on the ball and made many good attacking runs from a defensive position. Good communication too.